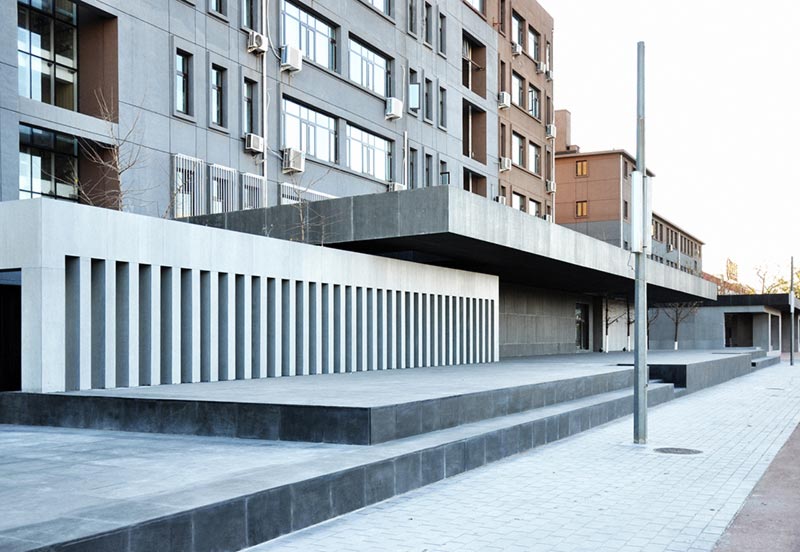 The project calls for an intervention of the existing sport ground in a public school of Beijing. The architects defined the project as a 1/2 stadium because the scale, size, formal expression and use of the architecture stand in between an official stadium and a blank sport field.

The site is in the northern part of the school where one-third of it is in the shadows throughout the year. It’s charged with a negative emotion and solitude that contrast greatly with the various activities that happen there every day. 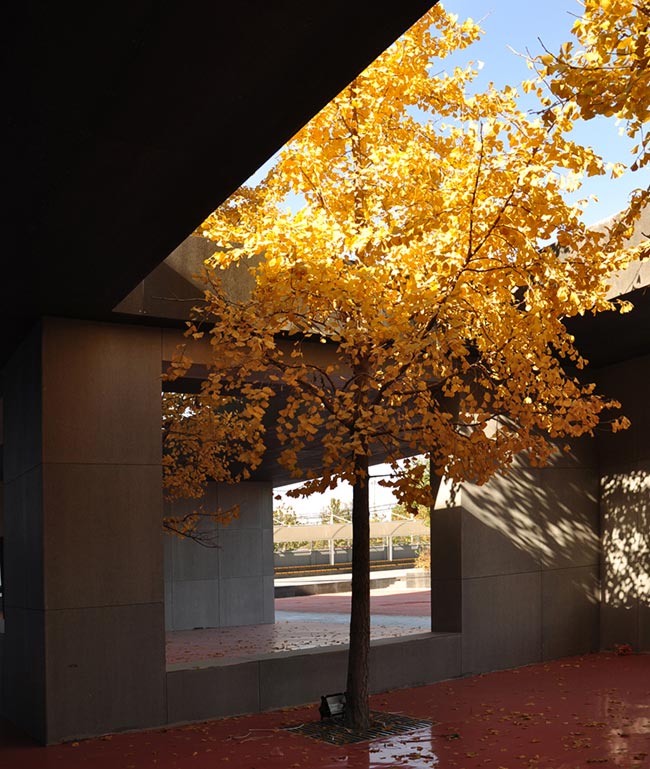 In the beginning, principal of the school asked for a renovation of the existing 12mx8mx0.8m outdoor stage and a 120-meter long stand opposite to the stage. 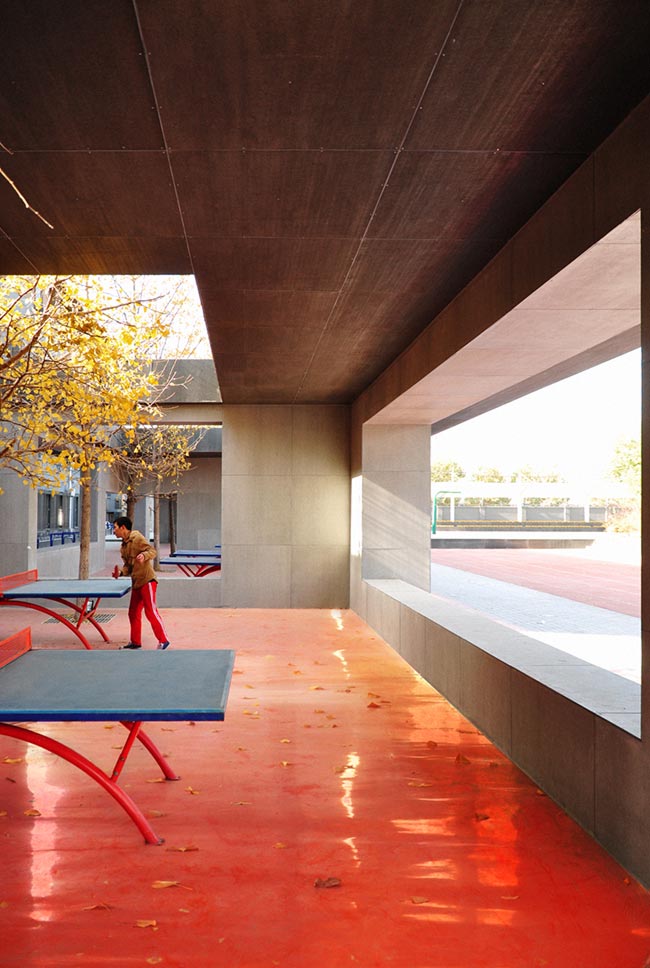 However Interval thought that on a site that measures 170,000 square meters, a mere renovation of the stage and stand is only a fragmented effort to better the appearance of individual components on the site.

The problem with the sport ground is that there is no sense of place and a lack of coherent relationship between various programs. This results in a series of problems including low visibility between stage and stand, lack of use of table tennis tables and basketball fields, mutual exclusion between programs and ambiguous identity of the entire sport ground. 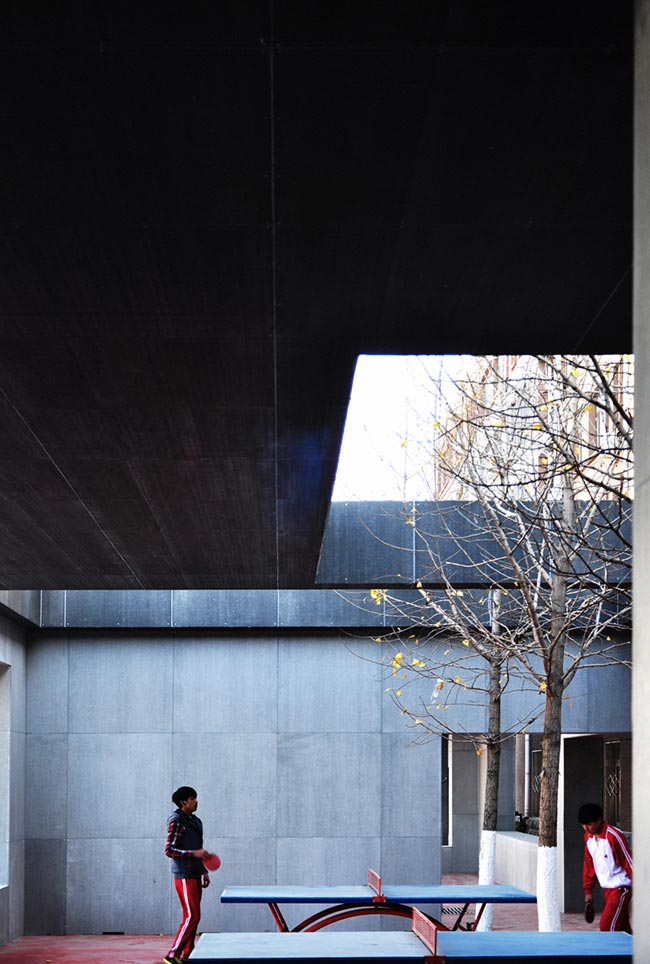 As opposed to the fragmented intervention suggested by the client, they offered a comprehensive approach by proposing a discontinuous loop structure that embodies all the programs into one single system yet allows each program to maintain its operational independence.

The sport ground is more unified with a single formal language and material. Existing trees no longer exist as barriers on the site but as buffer zones that connect different programs. The outdoor stage with a large cantilevered roof and the ping-pong pavilion on the north side of the sport ground eliminate the negative emotion in this shadowy zone. 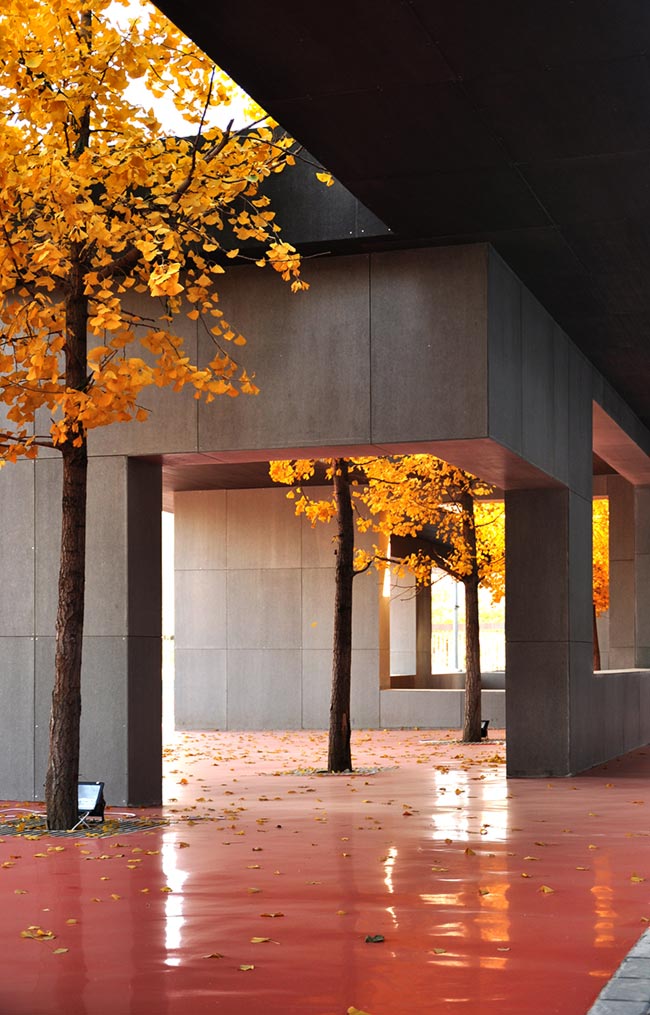 The horizontal continuity created by its scale make the stage and the table-tennis area more articulated on the site. The ping-pong pavilion also provides more seats and act as a wind barrier.

Activities that happen on this sport ground range from physical education classes to recess time ball games, from official athletic meet to a casual around-the-track walk after lunch. The complex programs and events that happen there results in this particular type of architecture which we called “1/2 stadium”.

The Dutch Blueprint for Urban Vitality By Melissa Bruntlett & Chris...

September 18, 2021February 11, 2014
0
Washington, DC (July 2, 2022)—Around the world, countries marvel at the Netherland’s impressive cycling culture and infrastructure while an insidious “that would never work...