Home News A history of the department store

While there are rival contenders, the title of the world’s first department store belongs, perhaps, to Harding, Howell & Co’s Grand Fashionable Magazine at 89 Pall Mall in St James’s, London. Opened in 1796, this handsome Georgian shop was divided into four departments, offering furs and fans, haberdashery, jewellery and clocks, and millinery, or hats.

Harding, Howell & Co was focussed on the needs and desires of fashionable women. Here, at last women were free to browse and shop, safely and decorously, away from home and from the company of men. These, for the main part, were newly affluent middle class women, their good fortune – and the department store itself – nurtured and shaped by the Industrial Revolution. This was transforming life in London and the length and breadth of Britain at a dizzying pace on the back of energetic free trade, fecund invention, steam and sail, and a seemingly inexhaustible supply of expendable cheap labour.

It is no coincidence that, from the mid 19th Century, the department store adopted the look and feel of the way we have known it for more than 150 years with the opening, by Queen Victoria and Prince Albert, of the Great Exhibition in 1851. This was held in the Crystal Palace, a truly revolutionary structure, designed by Joseph Paxton and located in Hyde Park, not far from Harrods, which, from 1905, became Europe’s biggest department store. …. 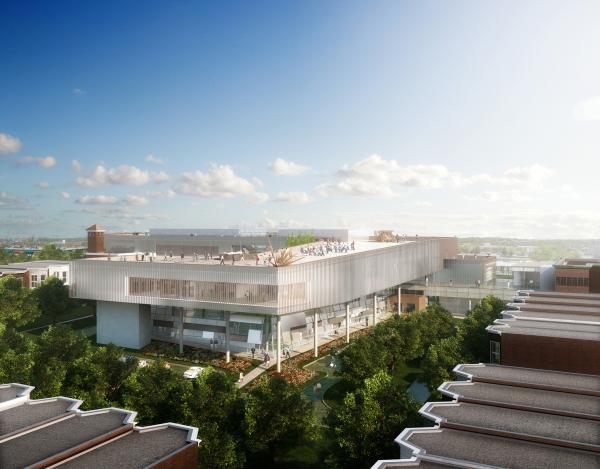 May 5, 2015March 31, 2015
0
The National Great Blacks in Wax Museum has received final approval for the design of its expanded facility on North Avenue.