For almost 20 years, the stern, cuboid forms of the German-American architect Mies van der Rohe’s Wolf House loomed over the town of Guben on the Neisse River in Germany. But in 1945, as the Soviet Army approached from the east, the owners of the house, the Wolf family, fled, and their home was destroyed in the chaos that ensued.

Although the house was destroyed, it was never quite forgotten. Now, a group of German architects and planners has started a campaign to rebuild the Wolf House, widely seen as a link between van der Rohe’s early, more conventional designs and his later buildings, like the Barcelona Pavilion and the Farnsworth House, that would redefine modern architecture.

“The Wolf House is a milestone in architectural history,” said Florian Mausbach, a retired German planning official who is one of the leaders of the campaign. “It was Mies’s first step into Modernism, a major step for the whole movement.”

But the plan has run into resistance from other architects and scholars who say that the Wolf House would be too hard to reconstruct — and that even if it could be rebuilt, the result would offer at best an incomplete rendering of van der Rohe’s vision. The debate has particular resonance in Germany, where reconstruction of structures destroyed in World War II has been a contentious issue, with some critics characterizing reconstruction as an attempt to erase memories of Nazism. […] 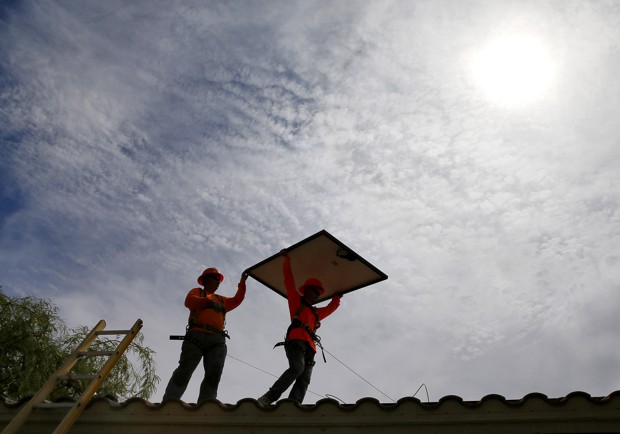 The Best and Worst US States for Rooftop Solar Panels

Updated on January 29, 2016
0
A new report tracks where consumers will get the most out of renewable installations.