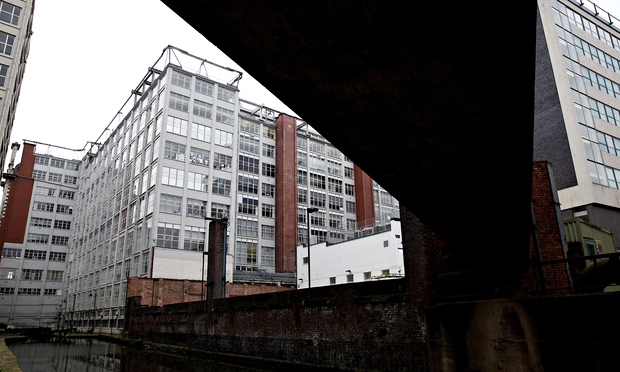 In Piccadilly Plaza, Manchester, a bunch of brutalists are hanging on to Eddy Rhead’s every word. Concrete to the left of us, concrete to the right, Eddy is in modernist heaven. He introduces us to the concrete wall built by the Japanese architect Tadao Ando to separate the bustle of buses from the serenity of the gardens. Though it is pushing it a little to say Ando built the wall – he never actually came to Manchester, but he did give his name and blessing to it.

When I was growing up in Manchester, I came to this part of town to do soup runs for the homeless. Back then, before the Modernists made merry, the gardens were old-fashioned flowery affairs. But even then there was not much serenity to be had. This was where the smack heads and the sex workers, the dipsos and the dossers, hung out. There was something moving about the community – and it was a real community. If one of the homeless had moved on or had an accident, we could rely on the prostitutes to keep us informed.

Today, it’s rather soulless in its concrete and steel garb. “It’s just starchitecture,” says Dale Lately dismissively. Starchitecture? “Yeah, a building designed by a star architect who comes in from the outside. This isn’t really true brutalism.”

Eddy, the co-founder of the Manchester Modernist Society, tells the crowd of 30 trendies, councillors, hippies, architects and anarchists gathered for his walk, that this is brutalism light – a Disneyfication of concrete culture. But we’re only at the start. He is going to take us to the centre of the city’s concrete jungle, and that, he says, is where we’ll recover our soul. ….