Good-looking, charming and a celebrity in his native Chile, the surprise winner of this year’s Pritzker cares more about solving social problems than exercising his artistic chops

The Earthquake, one of the biggest ever recorded, hit in the middle of a late February night in 2010. The real damage came 18 minutes later, with the tsunami, crashing from the Pacific up the estuary of the River Maule, where the small, hardscrabble city of Constitución nestles. More than 500 people died. Residents were left without homes, electricity and clean water.

The architect Alejandro Aravena was on a helicopter days later, surveying the damage. His firm, Elemental, and a team of consultants had been enlisted to put together a reconstruction plan. Arauco, the forestry company that employs thousands of workers in Constitución, had agreed to pay for it.

Aravena was picking at a plate of pernil in a truck stop, recalling what happened next, a story he has probably told a thousand times by this point. “Residents in Constitución naturally suspected, because we were working for the forestry company, that all the benefits of reconstruction would go to the company, not them,” he said. “That’s why we knew from the start that the people had to participate in the reconstruction process. In effect, we needed to create the right client. So we devised a consortium: Arauco, the government, the public and us. We were taking an intuitive approach because we actually knew nothing about planning. In the end, ignorance helped.”

Aravena polished off his beer when a stranger sidled up to the table. It happens all the time now. Drivers in passing cars stop him in the street. Shop clerks, politicians, long-lost acquaintances and schoolteachers ask for selfies with him. They all say the same thing. “Thank you,” the stranger said to Aravena, who smiled and posed arm in arm with the man for a picture. Thank you — as if the Pritzker prize, architecture’s Nobel, which Aravena had just won, had been awarded on behalf of everybody in Chile. “Even New Zealand has more heroes, they have the All Blacks,” Aravena half-jokes, about the famous rugby team. “We’re a small country. We hardly ever win anything.” […] 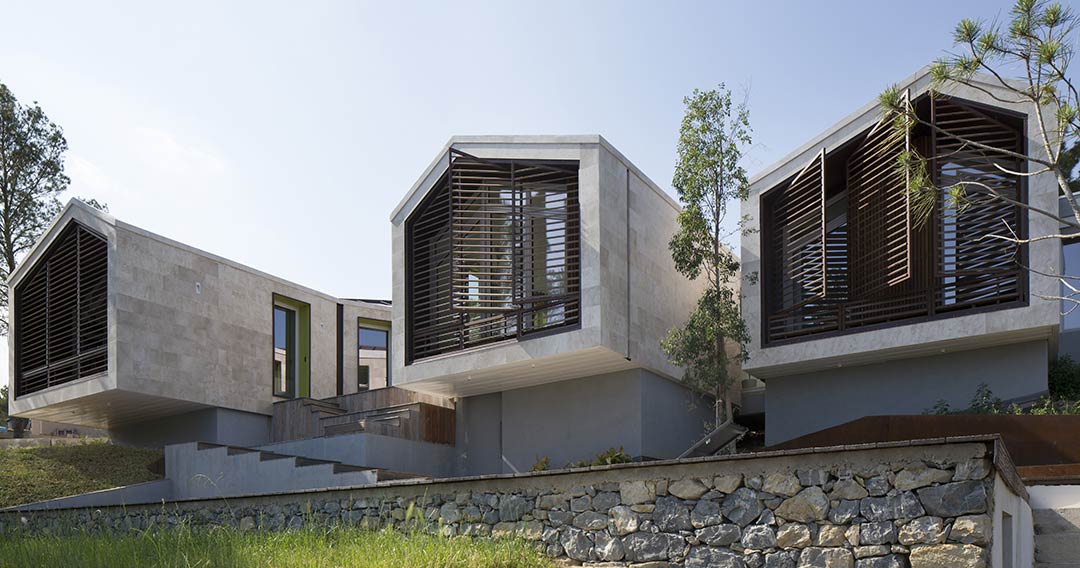 February 2, 2016May 23, 2016
0
Situated in a pine forest on a plot with a steep, the first job was the creation of an enabling environment for the establishment of a home.