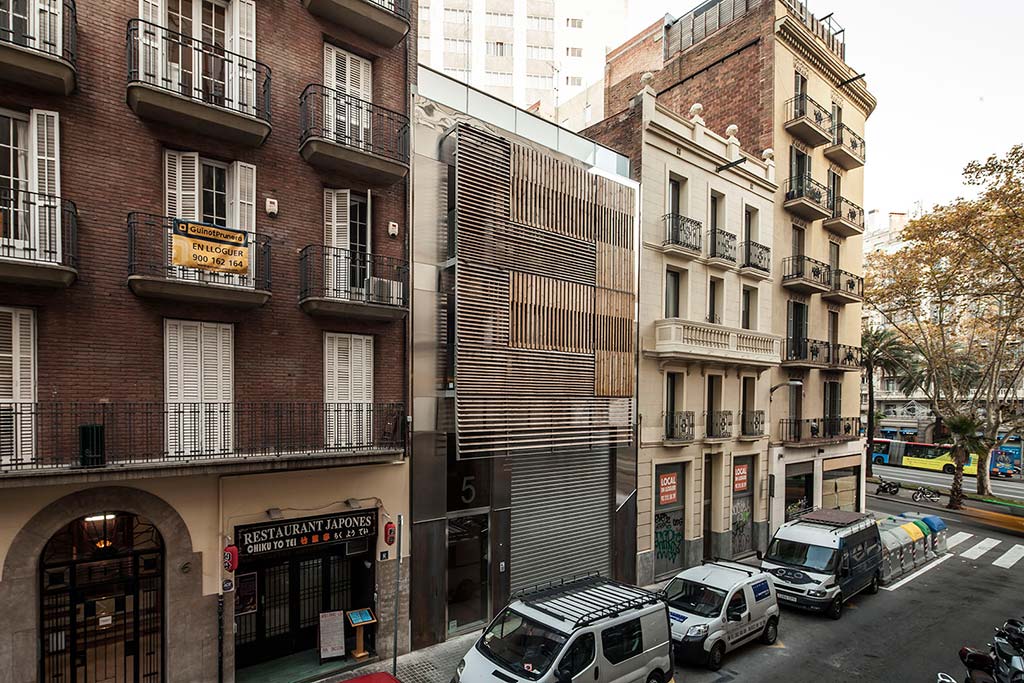 This three-storey row house was built on Passatge Marimon in the Sant Gervasi neighbourhood, with a direct view from the main thoroughfare of Avinguda Diagonal. The client wanted commercial premises on the basement floor, ground floor and mezzanine, and two floors of dwellings, with two apartments per landing.

The building relates with its neighbours by means of two façades, each with its own distinct character: the main façade overlooking the Passatge, and the rear façade that looks out onto the courtyard at the centre of the city block.

The main façade is defined by two planes. One, flush with the façades of the adjacent buildings, comprises stainless steel and glass to ensure optimum lighting for the apartments on the upper floors, the shop and the communal areas of the building, supported by three black iron pillars. The other, nearest the street, like a veil forming a filter between the pavement and the interiors, is a wooden brise-soleil. This structure is separated 45 cm from the façade and is made up of four different mechanisms, turning the façade into a dynamic element that reinvents the Majorcan-style louvered shutters that protect the windows of our neighbours. 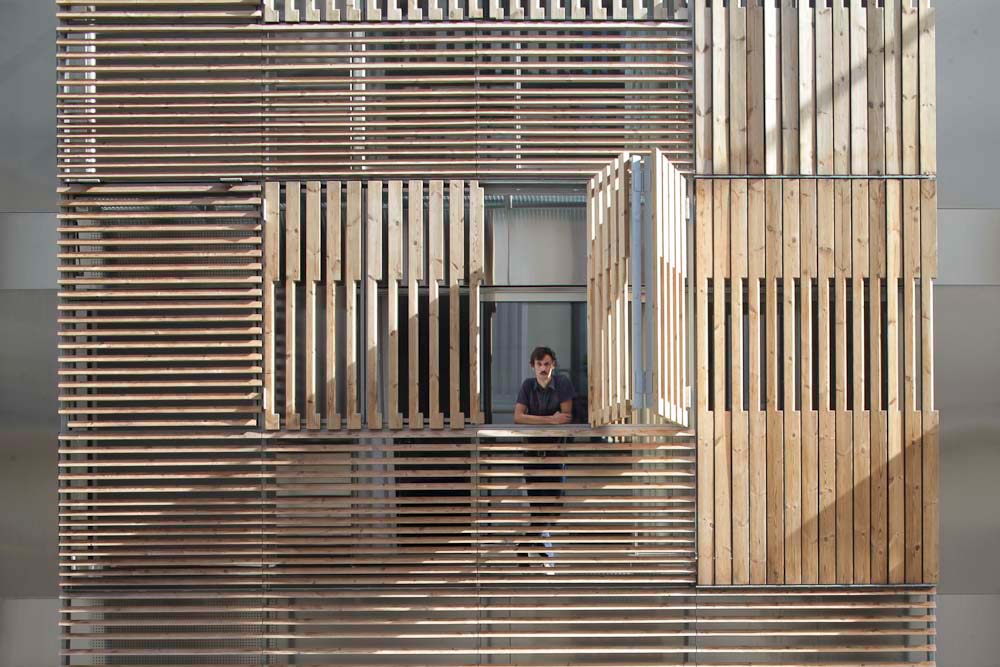 The rear façade, characterized by large glazed openings, two long balconies and opaque sectors, provides daylight for the two floors of dwellings and the mezzanine of the business premises. The glazed plane is transformed when the occupants slide back the doors which are then concealed behind the opaque sectors, turning interior into exterior. The rear façade rises above a terrace at mezzanine level. At the end of the terrace, a skylight serves the twofold purpose of joining the building to its neighbour and allowing daylight into the lower floors of the commercial premises.

Four principal materials characterize the building’s communal areas, where a sloping plane above the entrance draws us to the rear of the foyer, where the lift is situated. First, metal, the stainless steel that diffuses the far end of the lobby.

Second, the glass that forms the unbroken balustrade and separates off the service areas. Third, white marble that clads the communal stairs and one wall, and, finally, wood, bringing warmth to the communal spaces and continuing onto the landings that lead to the apartments. 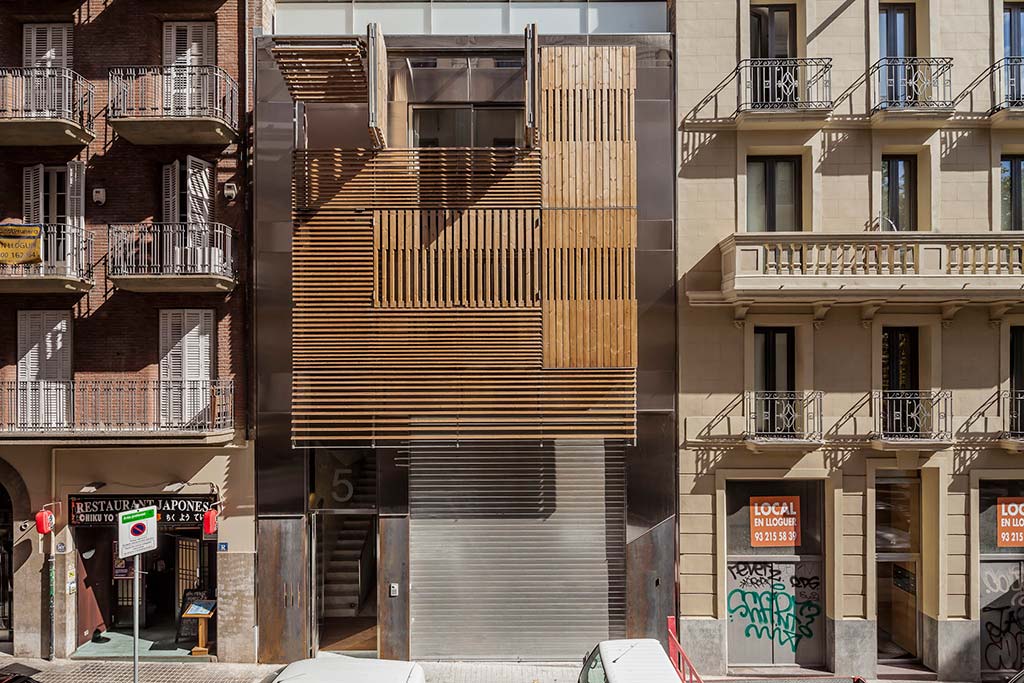 The four compact apartments (40-50 m2) are situated on the two top floors. Each has an outdoor space that extends its limits. The interior is designed as a continuum, with rooms arranged around a living space that extends all the way from the front door to the façade.

The terraces and roofs are seen as an extension of the apartments, where life evolves from the sun’s first rays to its last. The building’s envelope houses the project as an interior that is experienced outwardly, transforming the way passersby see it, with elements such as the wooden veil that opens, closes and transforms according to the people who live there.