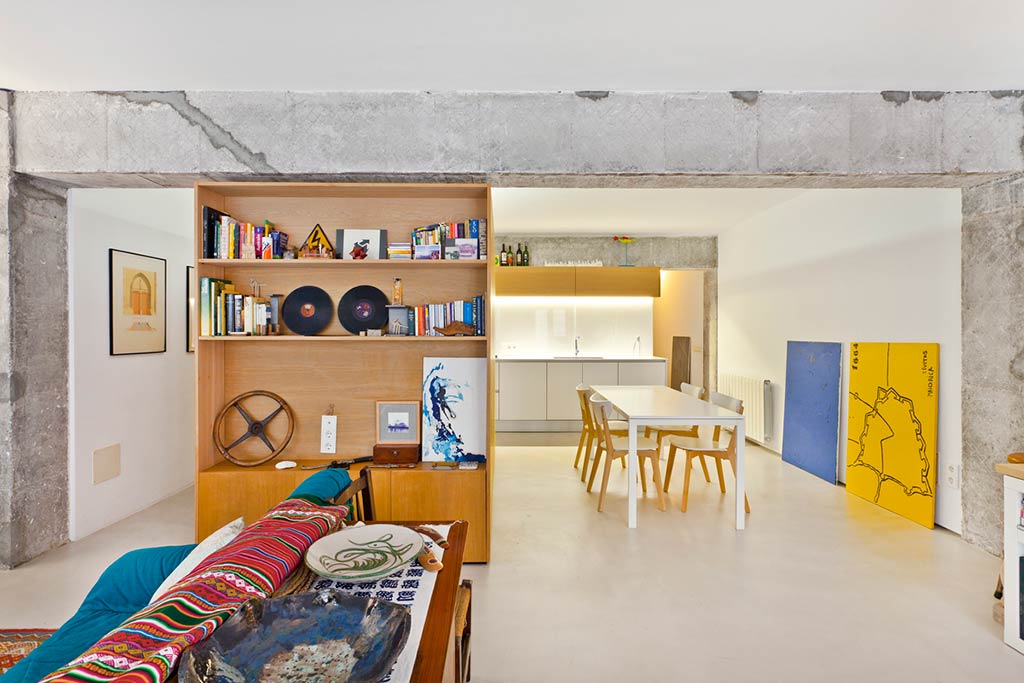 The refurbishment of the apartment was driven by the need for a whole renovation due to the poor state of the existing condition, which had been abandoned for several years. 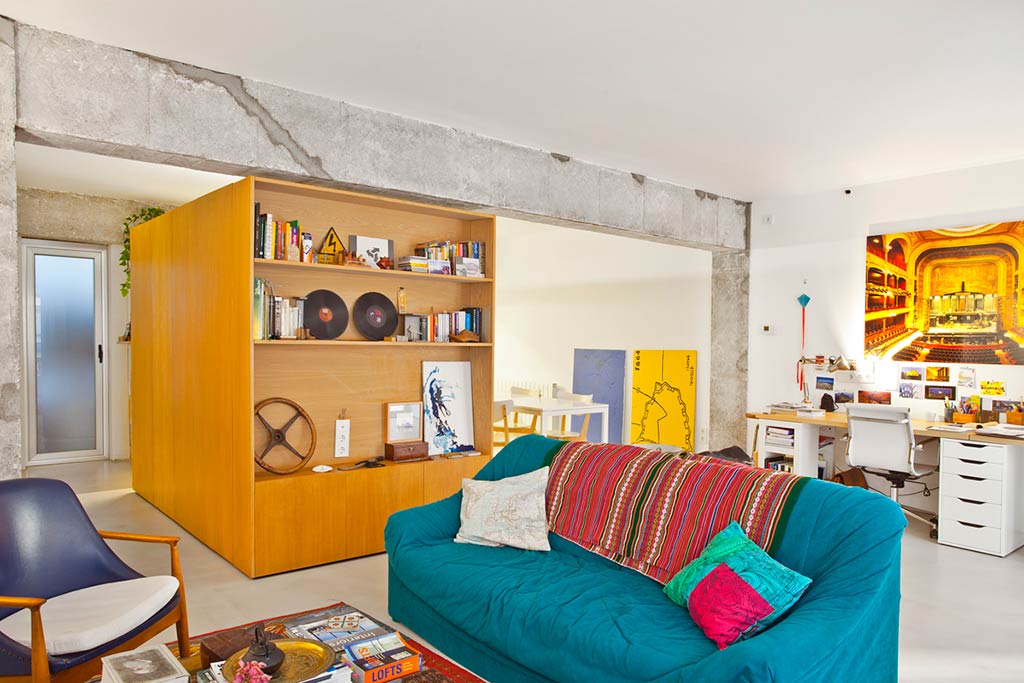 The building in which the apartment is located was originally built in the 60’s and is located in an historic zone of Mallorca. The main structure is reinforced concrete, inclusive of large supporting beams, which play an implicit visual role that the project exploits as an organization system for the minimally reconfigured space. The original concrete of the columns and beams is exposed in all the rooms, exposing old written notes inscribed by the builders during the original construction. 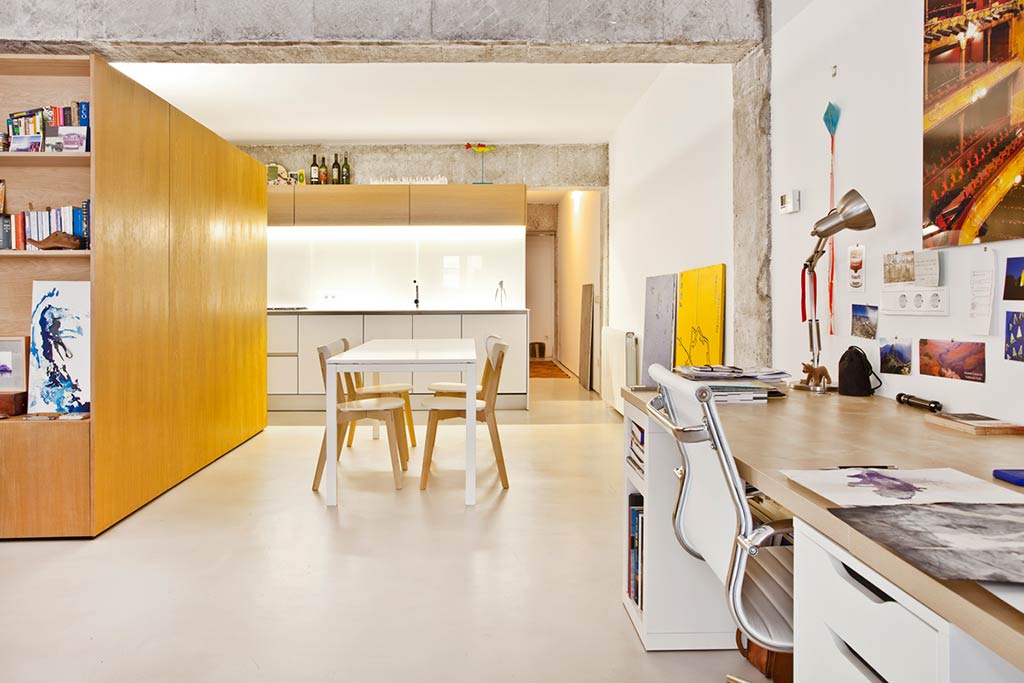 The layout is divided in two areas that are treated in different ways. The living area is totally open after demolishing all of the non-structural interior partitions. This space is reorganized with the insertion of a ‘wood box’ with proportions based on the golden mean. 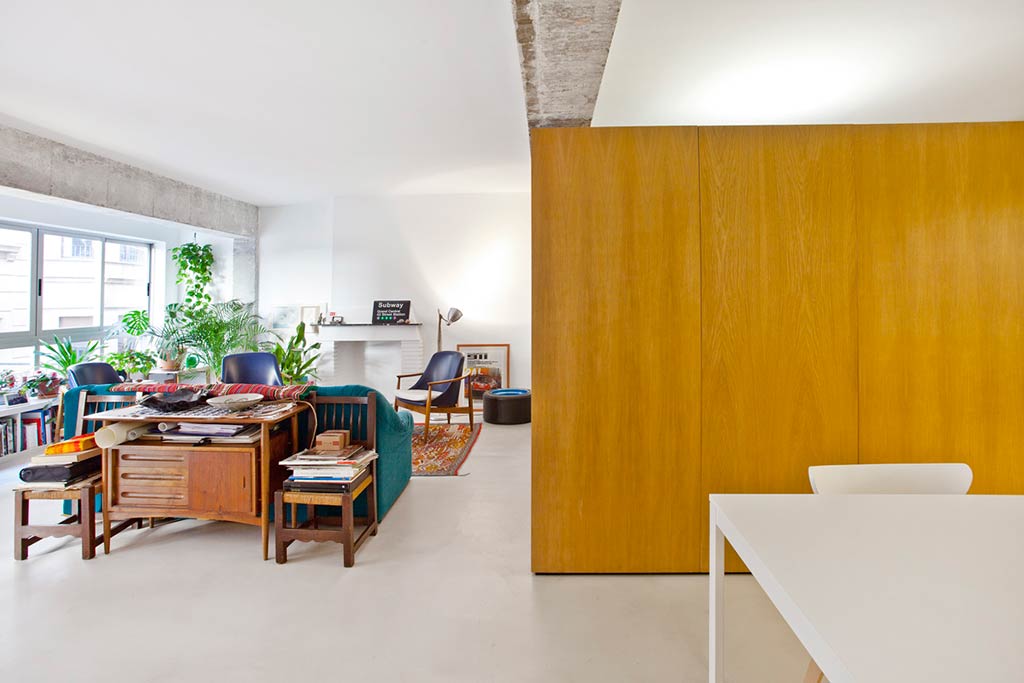 Formally, this device acts to organize the space from smaller to bigger, starting in the hall and finishing in the living room, suggesting a promenade around it. Functionally, it is a compact and efficient storage room, inclusive of everything from pantry to janitor’s closet. Finally, the wood box is designed to be easily deconstructed, allowing for the inevitability of future reorganization in response to new needs as they arise.

The master suite has been left relatively intact insofar as the special layout in order to control costs. Restrained modifications are a reconfiguration of the toilet room to fit a new shower and adjusting the bathroom layout to accommodate a built-in closet. 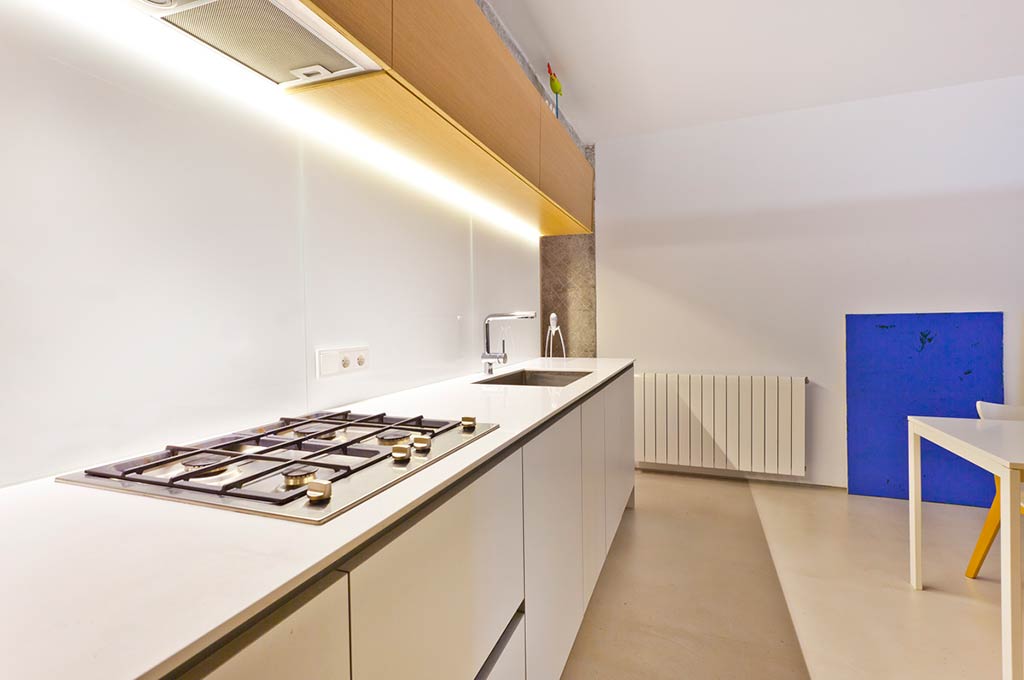 While the majority of the furniture from the prior layout has been reinstalled, the new open layout allows a customization of every space with personal objects and artifacts, maintaining a thread from the past while unveiling the opportunity innate in the global spatial structure.