After Julia Medina ’18 officially began the architecture major in the spring of her sophomore year, she received her first list of roughly 50 notable architectural works to serve as an inspiration and guide for her own designs. She noticed that within the list of works, called precedents, there were only about four works by females from which to choose.

This fall, when she began a junior studio course required in the major, “Methods and Form in Architecture,” she was again presented with 20 precedent studies, this time with roughly two buildings attributable to women.

For female students studying architecture, this problem is symbolic of a larger issue — although the numbers do not necessarily reflect it. The undergraduate major at Yale is made up of 28 students, just 12 of whom are male. The Yale School of Architecture, with over 200 graduate students, is 42 percent female according to digital-data company Graphiq, and is led this year by the first female dean in its history, Deborah Berke. Comparable institutions like the Princeton School of Architecture and the Columbia Graduate School of Architecture, Planning and Preservation are also composed of a roughly equal proportion of men and women.

But despite the near gender parity in the classroom, discrepancies persist in the professional field, with very few women serving as partners or leaders of firms. According to a 2012 American Institute of Architects survey of 2,805 member firms, only 17 percent of firm partners and principals are women.

“When I look at firms and none of their partners or principals are women, it makes it tough to find a role model and that’s something that I’ve always worked for,” Daphne Binder ARC ’16 said. “I guess it is not necessary that the role model has to be a woman, but that would definitely answer a lot of questions I have about my own course in architecture.”

This jump to a professional gender disparity can be attributed to a number of factors, from long hours and unequal pay to a lack of family-friendly policies and female role models. But even before joining the workforce, architecture students are taught in an environment which encourages late nights and often favors men. […] 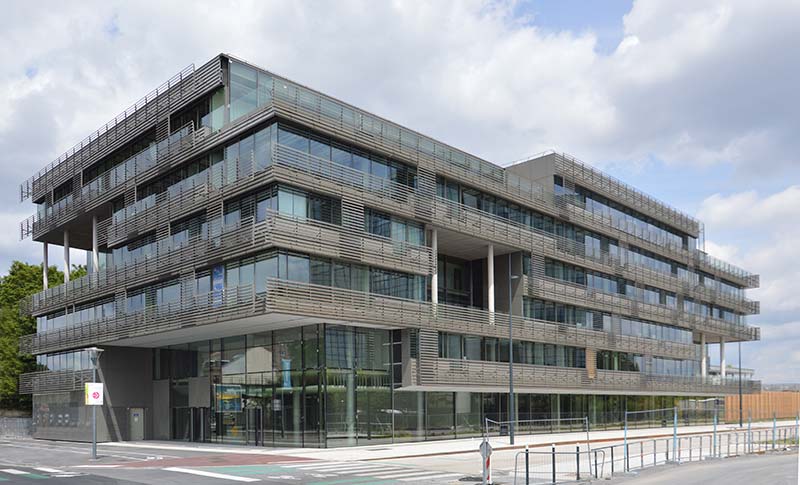 November 13, 2015September 16, 2016
0
The new headquarters of the organization for social housing in the metropolitan area of Lille, LMH, is located on the boulevard Gambetta in Tourcoing, a major road connecting Lille and its surrounding communities.