With an eye on urbanization, population growth and efficiency, tiny spaces were a big theme at this summer’s Dwell on Design conference in Los Angeles. Designers from around the world showcased housing and products for living small – from transformable furniture and pre-fab trailers to 3D printed interior objects. Often their strategies sought to reduce the human footprint on the environment and save energy as well.

Urban housing supplies are already straining worldwide with 54% of the global population of 7.2 billion living in cities, according to the United Nation’s World Urbanization Prospects 2014 report. By 2050, that number is expected to rise to 6.33 billion, or 66% of a forecasted world population of 9.6 billion.

In North America, about 82% of the total population – roughly 473.8 million people – lives in urban areas. The number of single-person households is rising, although housing has not kept pace with demographic change. Many of the new units being built are getting smaller and smaller, challenging municipal housing codes and zoning regulations. […] 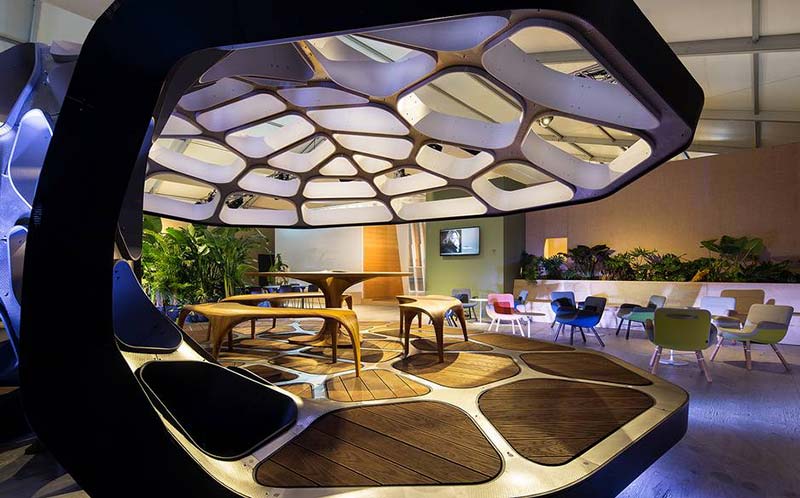 A revolution in portable architecture

Updated on December 11, 2015
0
Portable structures are the latest must-have for art collectors. Now thanks to Revolution you don't have to buy vintage ....