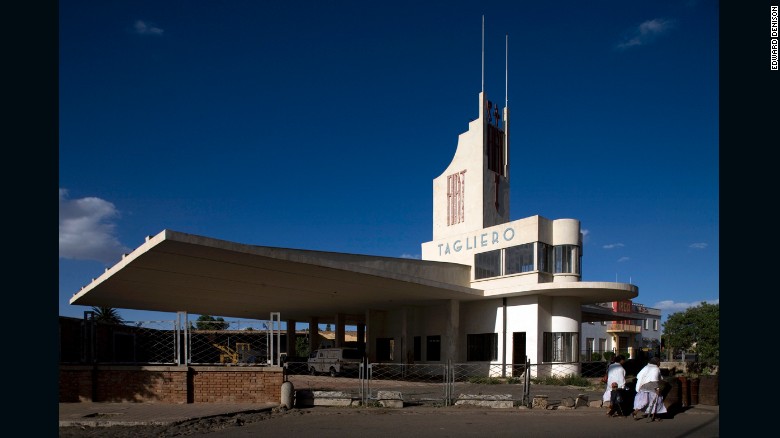 Once a sleepy corner of the Italian Empire, Eritrea’s capital Asmara is home to one of the world’s best collections of futurist architecture. Now, the city is bidding to become the nation’s first UNESCO World Heritage site.

Asmara certainly deserves the distinction; its architecture — built in the modern era and informed by the school of futurism — is some of the most beautifully preserved in the world. And the city owes it all to Fascism.

Italy developed an urban plan for the capital of its colony as early as 1913, though it was under Mussolini’s fascist government that modern architects built the city into what it is today, earning it the nickname “La Piccola Roma.”

“There was a very intense period of architectural development from 1935-1941,” notes Edward Dension, a lecturer at the Bartlett School of Art.

Everything from cinemas to cafes to prisons were constructed in rapid succession, an entire city popping up inland from the Red Sea. Little was left untouched my modernist hands — the Fiat Tagliero, Asmara’s most iconic construct, is on paper one of its most mundane: a service station. […]

December 12, 2014
0
The renovation of a 34m² residence optimizes spaces for better access, ventilation and lighting.