It was launched to great fanfare. But now the 20-hectare temple to culture stands vacant, its shelves built for 2 million books empty, its gates locked. Can this wildly ambitious civic gesture succeed?

A wafer-thin canopy floats at the top of a hill in Athens, hovering like a sheet of paper caught in the coastal breeze. Held in place by a gossamer grid of columns and wires, and crowned with a central mast, the structure has more in common with the world of sails and rigging in the nearby harbour than the weighty domain of buildings on land – a feeling that might be explained by the preoccupation of its designer, Renzo Piano.

“What I really do in life is sailing,” says the 78-year-old Genoese architect, standing on the roof of his latest €600m cultural complex, which combines a new national library and opera house in one gargantuan artificial hillside, topped with the thinnest concrete roof the world has ever seen. “The ingredients are the same in architecture: light and air and breeze.”

As ever, Piano makes the decade-long process of raising this cultural acropolis sound as effortless as taking a dinghy out for a paddle. Yet the challenges the building now faces are rather more weighty. As Greece descends ever deeper into crushing levels of national debt, with the culture ministry’s budget slashed by half since 2010, it is a fraught time to be unveiling one of the biggest cultural projects of the century – especially one that will require 900 staff.

“We had the idea for the project when Greece was flying high,” says Andreas Dracopoulos, co-president of the Stavros Niarchos Foundation, the private charitable fund formed from the fortune of the late shipping magnate, which bankrolled the entire project. First planned in 2007, the complex is now being gifted to the state at a time when many other museums and cultural institutions are closing their doors. The new National Museum of Contemporary Art, just down the road, has been completed but remains unopened. […] 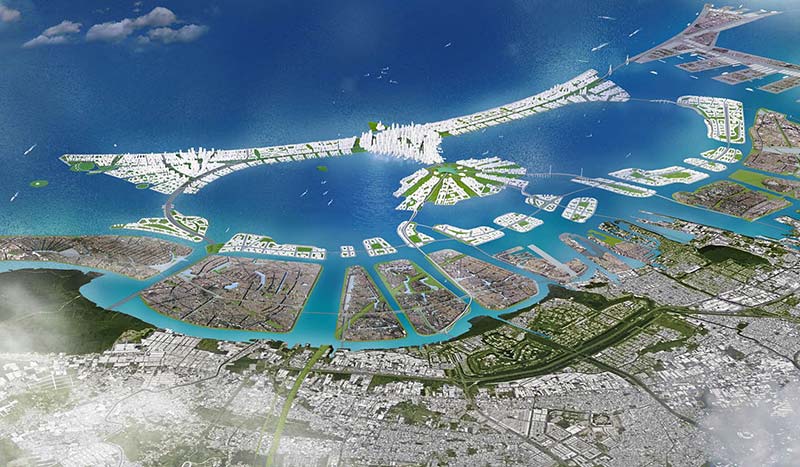 To save itself, Jakarta is building one of the biggest sea...