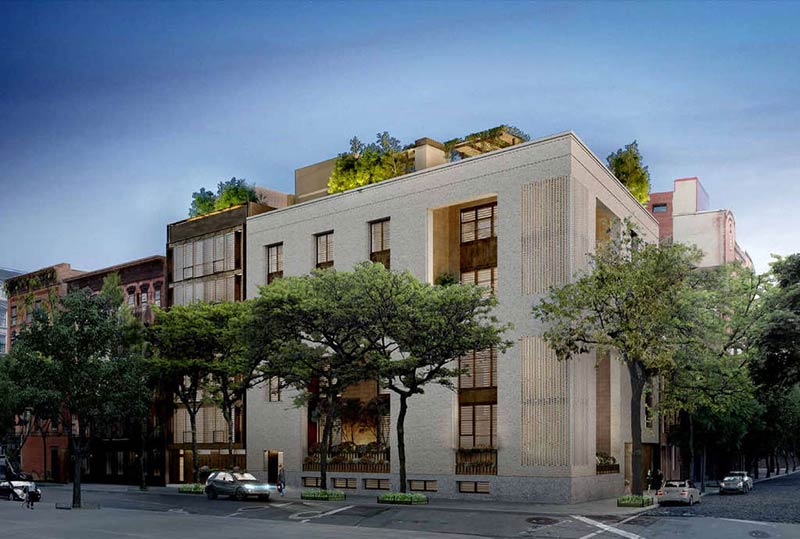 It’s champagne and caviar tonight for billionaire hedge funder Steven A. Cohen, who received the official go-ahead to build a massive, six-story, single-family mansion at 145 Perry Street today. The Landmarks Preservation Commission (LPC) voted almost unanimously in favor of the plan despite outcry from local residents and, most notably, Andrew Berman of the Greenwich Village Society for Historic Preservation (GVSHP) who had denounced the design in a statement as “starkly modern,” “fortress-like and massive,” and more like a bank or a luxury retail store you’d find in Miami or Los Angeles, not the “simple but charming” Village.

According to CityRealty, there are currently are two low-slung, nondescript brick buildings with shuttered storefronts located on the prime corner site. The site itself sits within the 2006 expansion of the Greenwich Village Historic District that was in part extended to preserve the two- to four-story scale of the block. The buildings will be demolished to make way for the new scheme which is comprised of two buildings: a large mansion and a smaller attached apartment-style house—again, all for one family. […]

Updated on September 15, 2021
0
Earlier this year, the world as we know it changed in a way that was entirely unprecedented, and it continues to do so. In the...