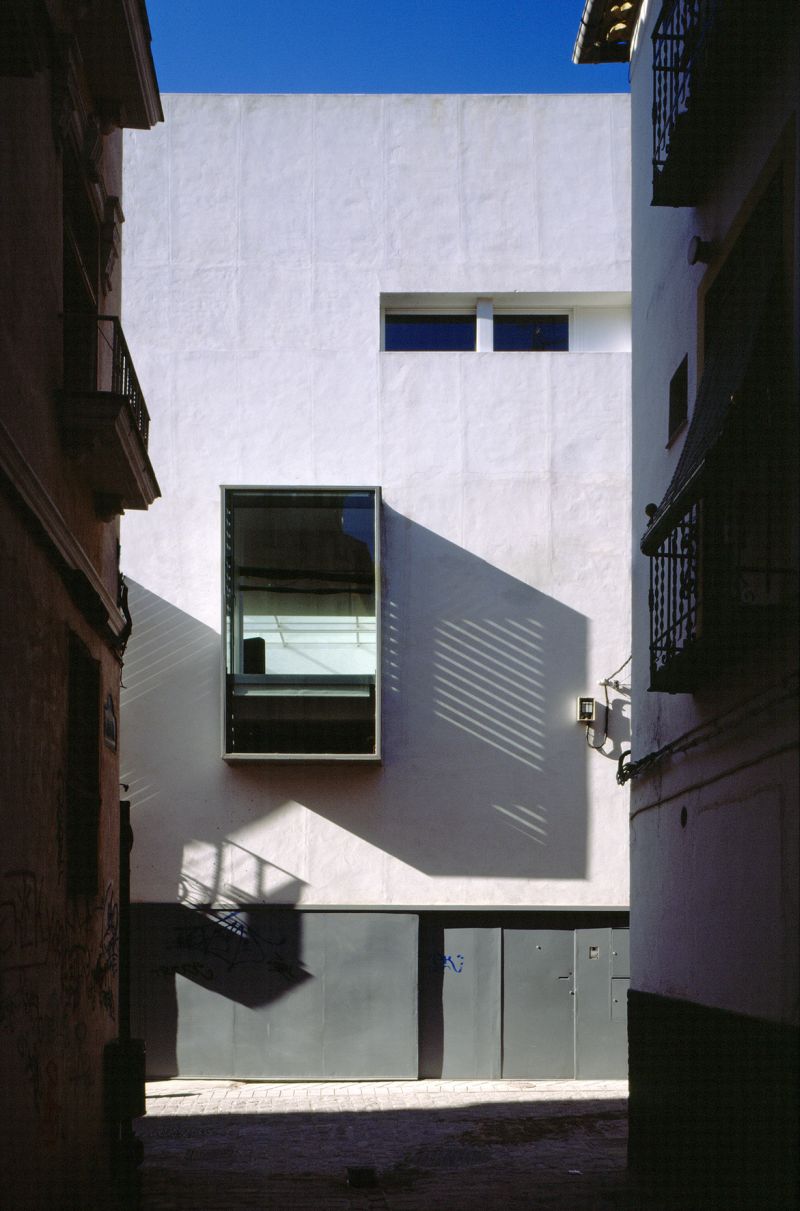 Most of the façades in the historical neighborhood can only be seen obliquely from its narrow streets, so the strategic location of this home at the very end of San Juan Baja Street makes it quite singular. The project responds to this situation with a neutral white wall whose opening faces that distant, frontal gaze; a singular opening that acquires an urban value of some importance because of its location as the vanishing point of the lines of perspective defined by a street that is abruptly cut off. Its asymmetric placement responds to the urban geometry, that is, the street’s end.

The indoor space is configured around an inner emptiness articulated by the absolute minimum of elements needed to resolve its intended uses. The two objectives that shape this work are the conduction of the light and precision in the construction. 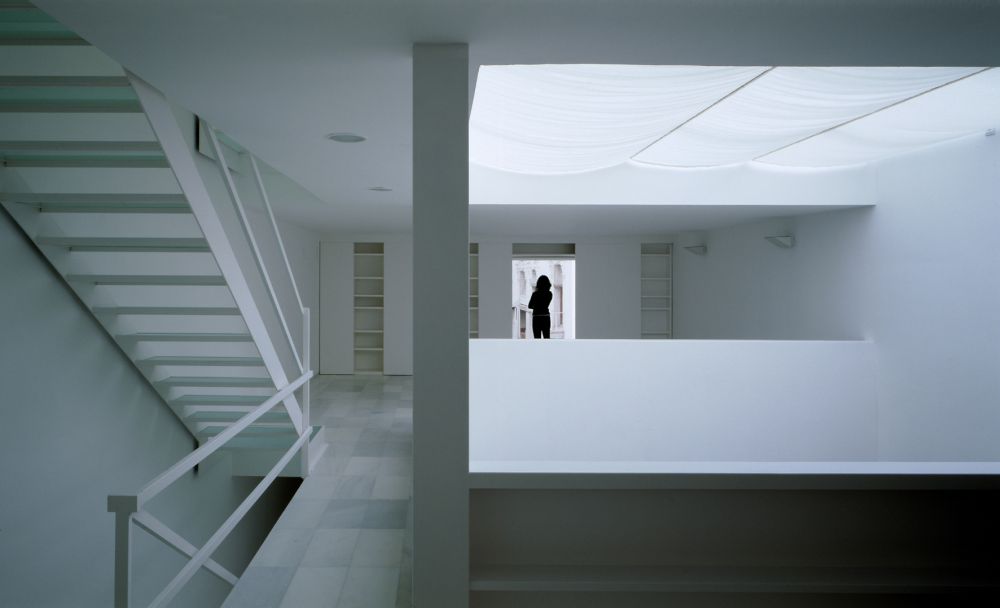 Because the building site is so narrow, the project actively seeks out the sunshine and pays especial attention to its orientation. The southern exposure faces a patio whose open space insures the presence of the sun on the stairs, which act to distribute the light. 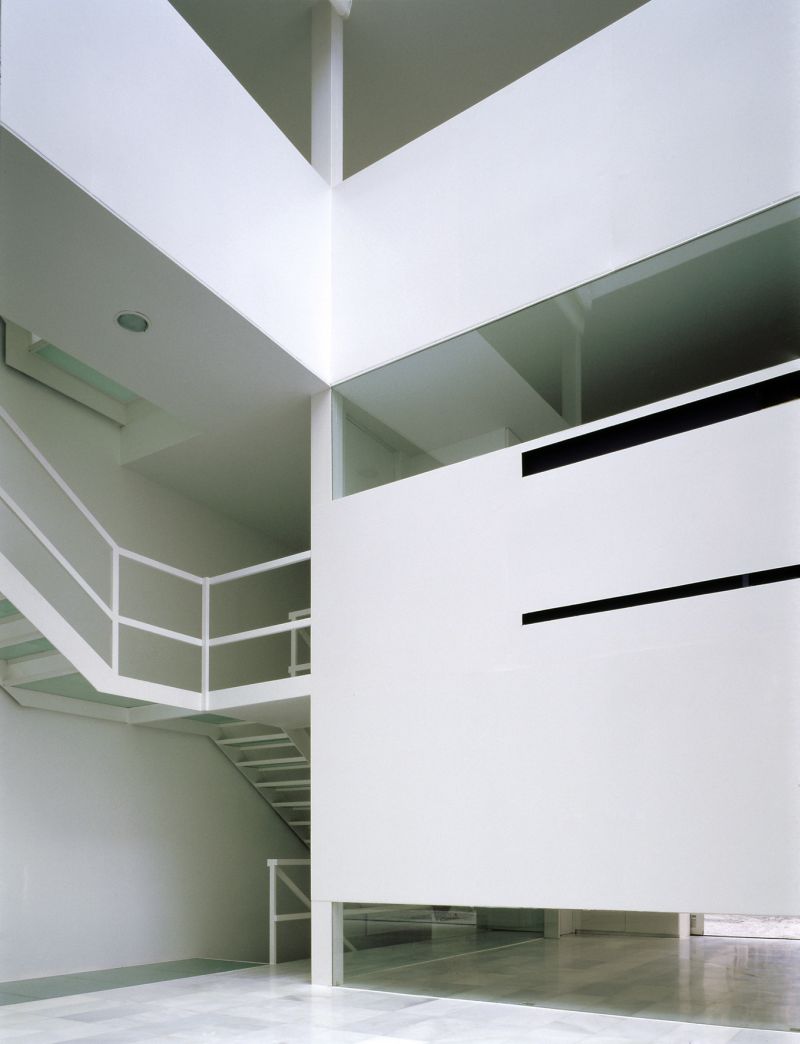 To make this possible, the upper part of the patio enclosure is opaque, making it a sort of screen that reflects light into the rooms. Spatial continuity and the narrowness of the site—a 114-meter floor plan—called for a minimization of interior divisions in order to maximize the feeling of breadth and visual continuity from indoors to out.