There aren’t many architects you would believe could hold back seas and save the world from being drowned by Biblical floods. But when you meet Bjarke Ingels, anything seems eminently possible.

At the age of 40, a mere teenager in architectural terms, the sprightly Danish architect has built a career on making unlikely feats appear effortlessly doable, and madcap schemes look perfectly logical. He has summoned mountain-shaped apartment blocks from the suburban flatlands of Copenhagen, designed a waste-to-energy plant down whose sloping rooftop you will be able to ski and proposed a cage-free zoo in which visitors will be held captive while the animals roam free. He’s even convinced Google to build a pastoral utopia beneath an enormous glass tent.

A few blocks from his New York office he is building a giant pyramid of apartments, wrenched askew to limbo beneath the neighbours’ viewing corridors, with a big courtyard scooped out of the middle. Now at its full height, rearing up beside the West Side Highway, it is one of the most arresting buildings Manhattan’s regimented grid has ever seen, as well as one of the most commercially illogical: it tapers up to a tiny point, leaving only a handful of flats at the most lucrative upper levels. The architects can barely believe they found someone brave (or mad) enough to pay for it. Yet once again the cartoonish diagram, of the wilful form generated by the forces acting on the site, has come true.

In the hands of his practice BIG (the Bjarke Ingels Group), which now numbers 220 people between Copenhagen and New York, even chimneys can be turned into wellsprings of creative possibility. …. 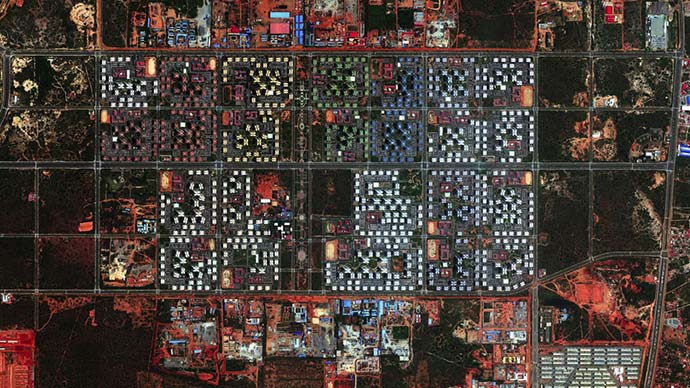 African cities are starting to look eerily like Chinese ones

August 18, 2015March 13, 2015
0
It’s easy to see China’s footprint in Africa. On the outskirts of Nairobi, a new highway built by a Chinese firm is crowded with bumper-to-bumper traffic ...