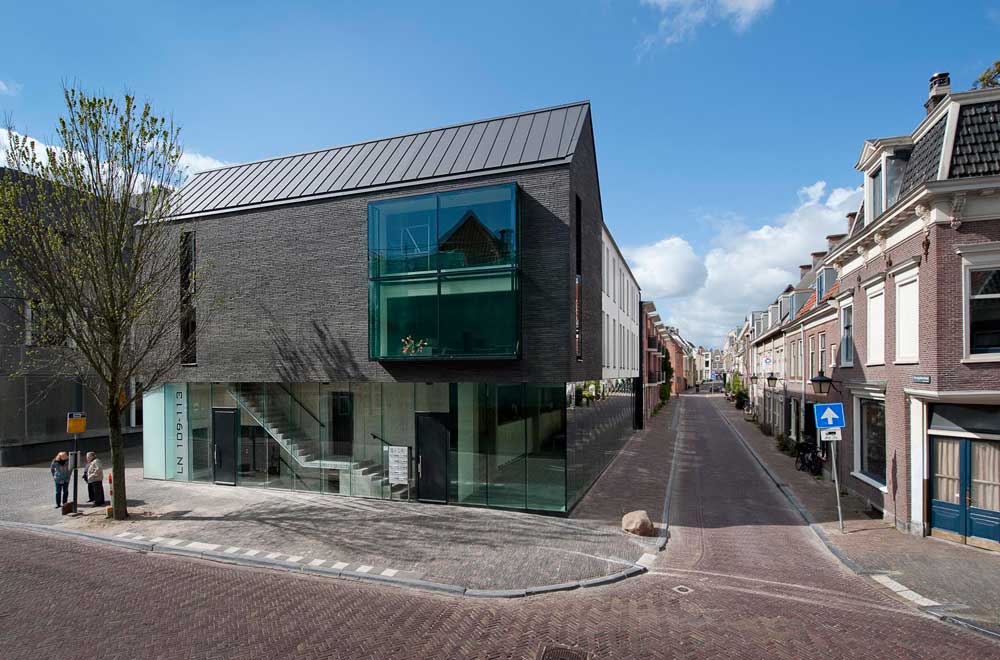 In Utrecht’s museum quarter, just south of the city centre, there was for many years a vacant plot on the corner of Lange Nieuwstraat and Vrouwjuttenstraat. This site in the midst of historical buildings is now occupied by ‘Het Zwarte Huis’ (The Black House), a complex containing six apartments with semi-underground parking and the new premises of Bakers Architecten. 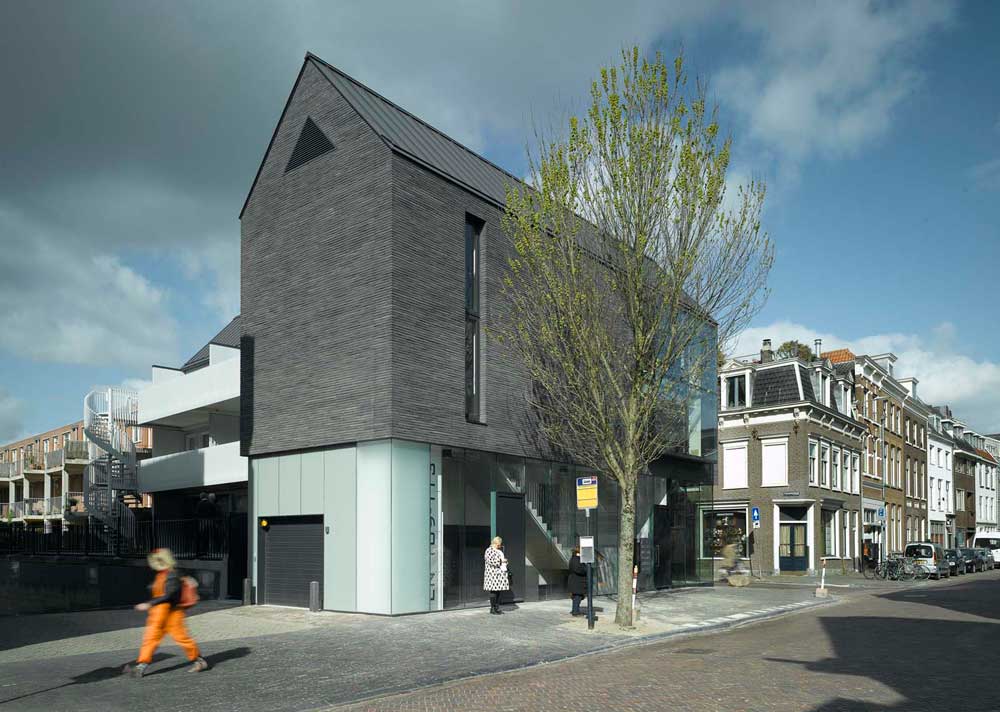 The streetscape is characterized by heterogeneous, lot-by-lot development with distinctive corner buildings. Het Zwarte Huis is a contemporary addition to the existing urban fabric, in which the notion of ‘living above work’ has been accentuated by placing the dwellings in a solid volume on top of a glazed podium. 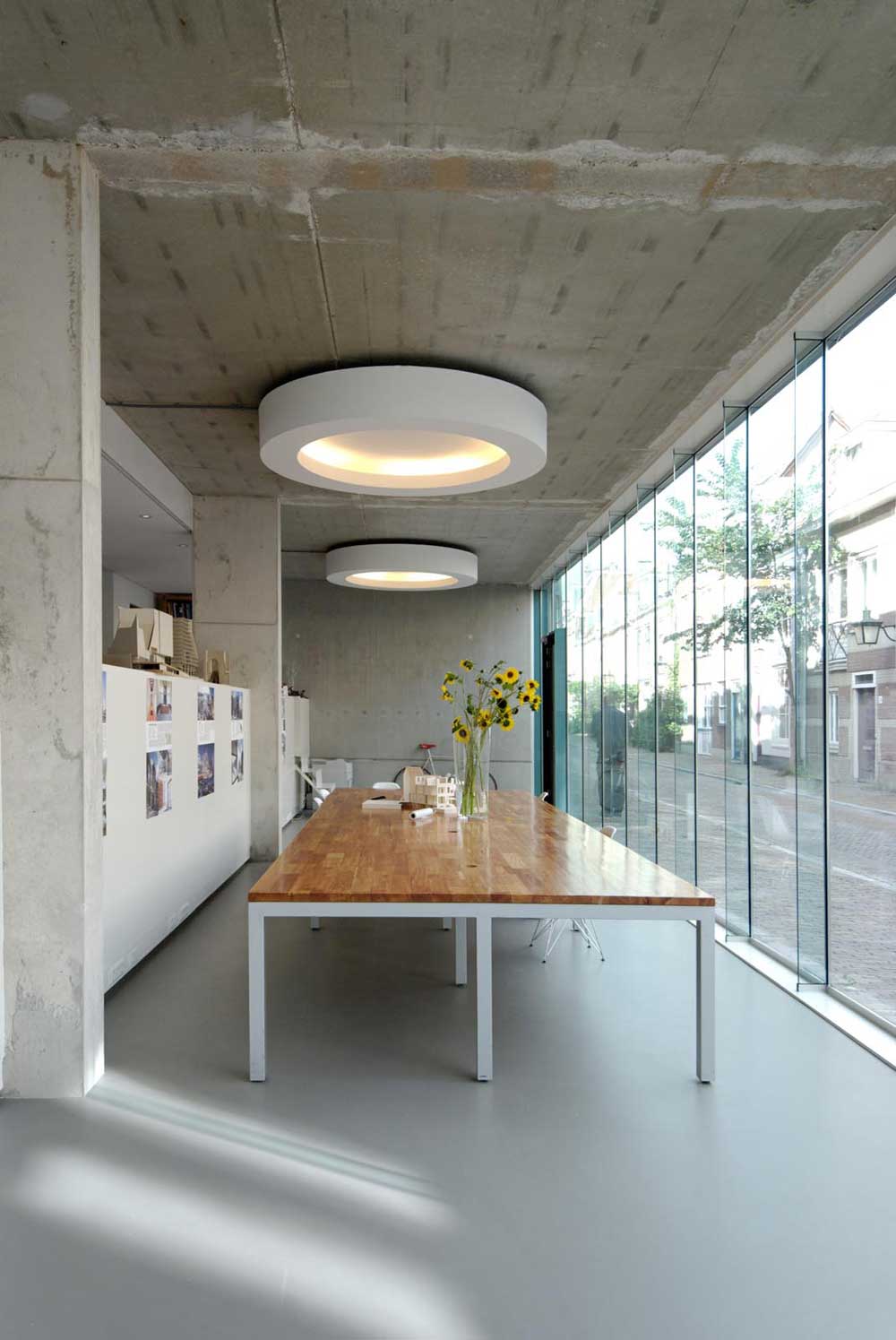 Lange Nieuwstraat begins at Domplein and runs via a gentle curve to the Centraal Museum. The site lies at the mid-point of the curve from where there is an overview of the entire street. This unique vantage point is fully exploited with a large bay window. 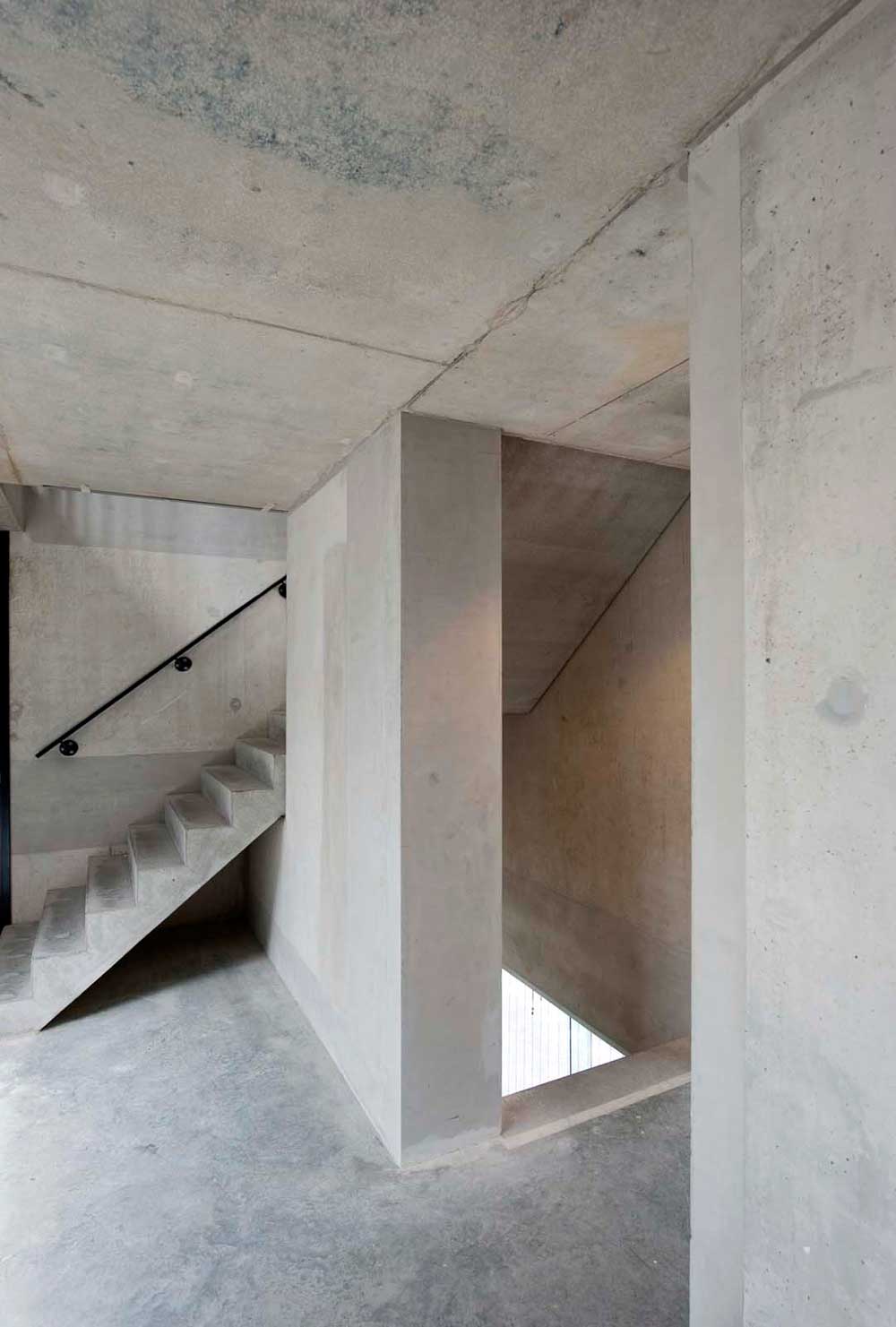 An internal courtyard has been created by placing the black volume parallel to the Lange Nieuwstraat. This volume also contains the various means of access for the complex as a whole. The semi-underground car park is reached via a car parking lift, while a communal staircase leads to the walkways along which the apartments are situated. The wide walkways also serve as outdoor space for the dwellings. 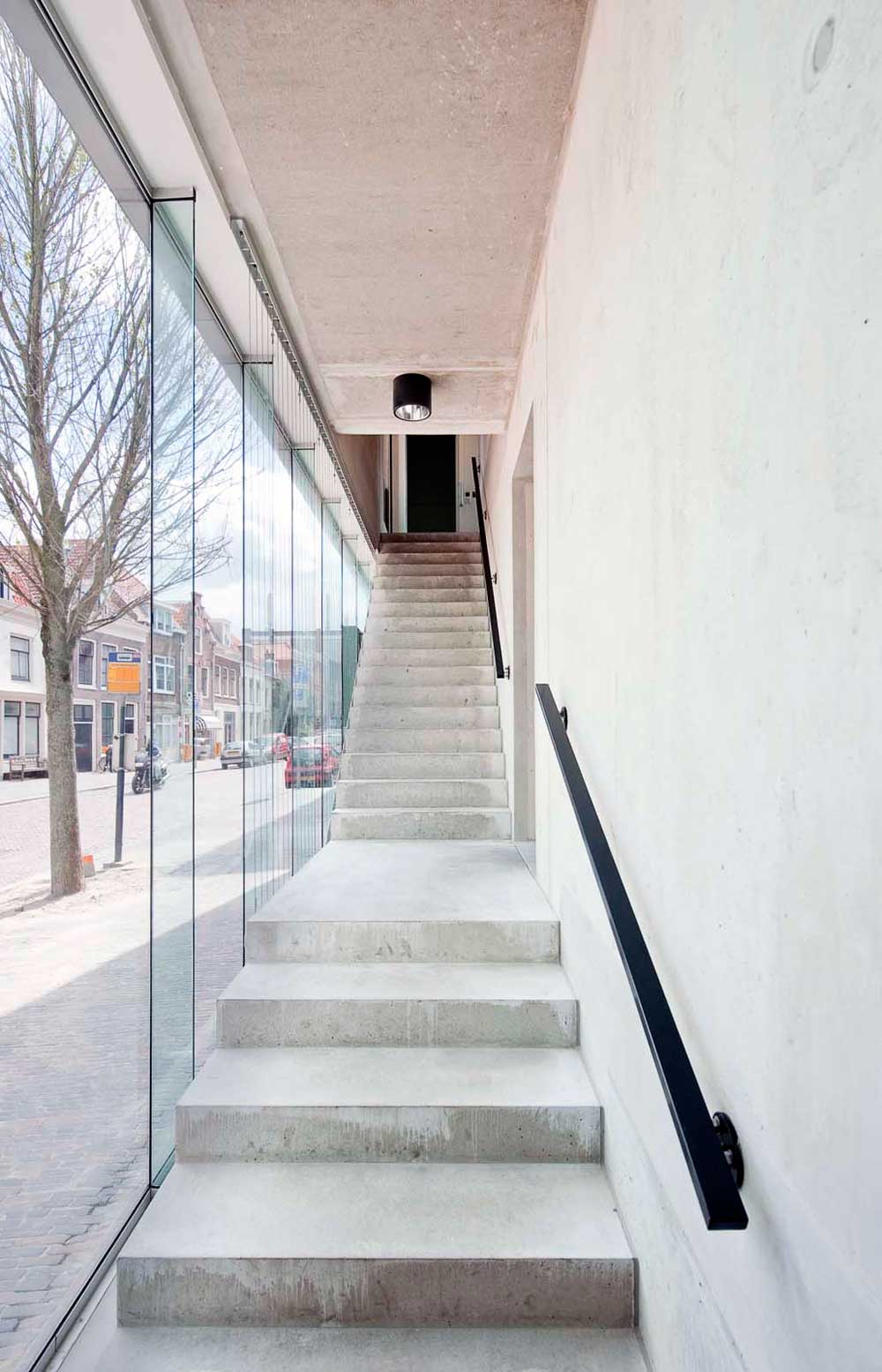 Het Zwarte Huis was constructed using 55-centimetre-long ‘Kolumba’ bricks. The apartments facing Vrouwjuttenstraat have a white rendered facade. The party walls on this side form a cantilever on Vrouwenjuttenstraat, thereby relieving the podium facade of any structural function and allowing it to be entirely of glass.