Nestled in a confluence of three rich river valleys, amid picturesque hillsides and stunning ridges in the heart of the Mantiqueira Mountains, south-east of Brazil, Botanique Hotel & Spa is enveloped and surrounded by lush, mid-tropical Atlantic forests, 1.200m above sea level.

The process began by studying the built tissue of the vicinity areas. In the main town nearby lie a large number of private houses from the 19th century, that although being in Brazil, they follow a Normand style. Architecture was about dealing with an existing local “European borrowed” styling and to introduce a contemporary appeal besides authenticity.

On the other hand, the whole design of the complex was developed around the concept of elegantly combine the owner’s reclaimed wood collection with the beautiful environment. The client spent many years rescuing and collecting from different demolition sources beautiful and rare wood elements such as beams, columns and parquets, with the idea to give them a new life in what then became the buildings that compose this project. More than 250 cubic meters of old wooden pieces (some dating from more than 120 years ago) were reused on floors, doors and structural elements, proving the amazing durability of wood as a construction material.

Botanique’s architecture proposes then, the experience of having a wood construction placed in the heart’s source of its raw material: the forest.

The complex consists of a main building containing six rooms, a restaurant and a spa. Detached from this building eleven villas were designed as a series of connected views, bedrooms, fireplaces and charming bathrooms providing continuity to a sequence of experiences.

The beauty of the rough wood with its screwed junctions was deliberately exposed, going beyond their natural structural function but becoming a key element of the aesthetics of the building and of the interior architecture. When confronted to solve a complex wooden structure, and working close to wood engineering specialized consultants, technical and ingenious solutions appeared. This fact indeed became (and enriched) the aesthetics of the project as well.

In the villas conception it was intended to take the maximum advantage of each individual implantation, creating all different plans but giving them a common identity at the same time. Basically we positioned the villas considering their accessibility and in a way that they would not interfere on the site’s existing topography.

The enormous stones contributed to keep the warm feeling when combined with the wood, keeping the main elements within a calm colour palette based in nuances of yellow. So the green of the surrounding forest was the only color allowed to be juxtaposed onto the natural yellowish stone and wood tones that enveloped the building. Due to the lightness and transparency of the monumental glass facade, this natural green backdrop completed the interior design just as beautifully as it composed the exterior views. 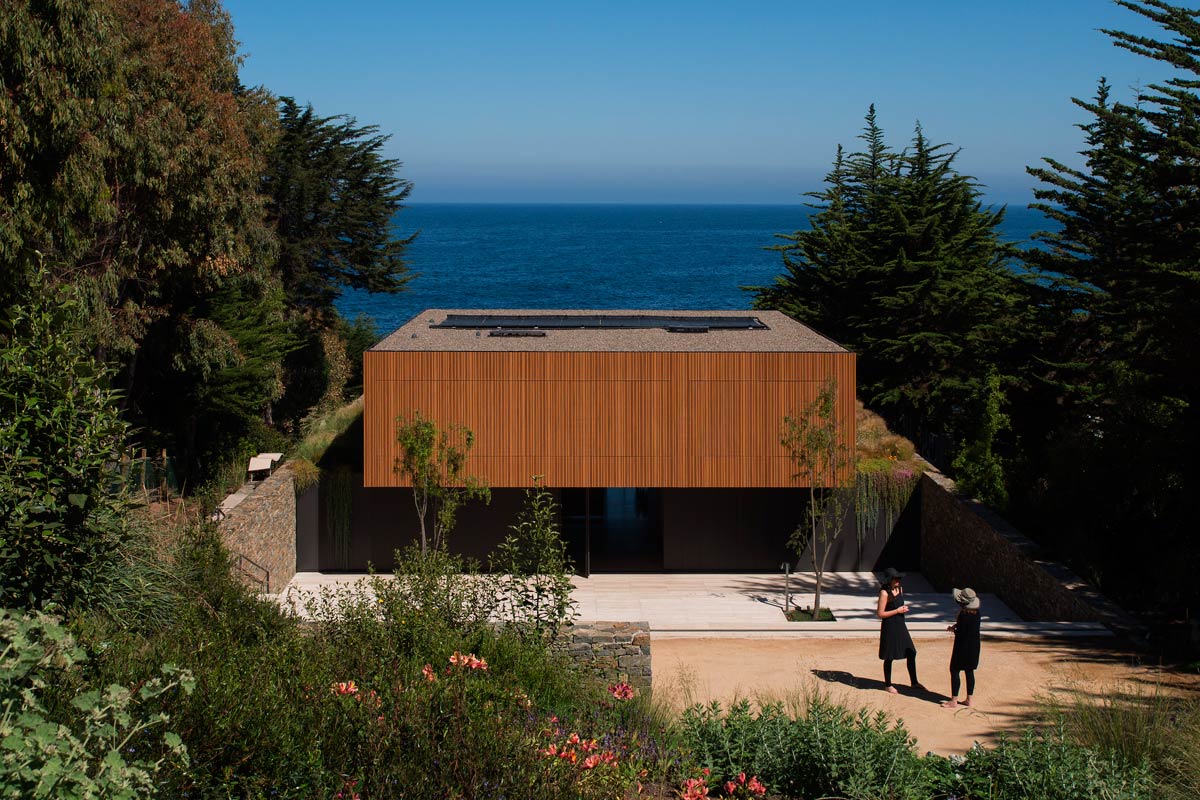 June 27, 2022March 7, 2016
0
The house is transformed into a tray-like object from where the ocean can be seen without any intervention from all of the main ambients.