In 2013, an online game called Geoguessr caught fire across the social media landscape. The user is placed in a randomly-selected Google street view—anywhere from a desolate stretch of highway in Alaska to the downtown streets of Monaco—and then asked to pinpoint on a map where in the world they have been dropped. It’s a Sherlock-Holmes-meets-Carmen-San-Diego style challenge that puts the regional identities of the world on digital display. The game has now received sponsorships from the likes of Lufthansa and the Intercontinental Hotels Group, which means I wasn’t the only person who experienced an extreme wanderlust while playing it. After a few minutes (or hours, if I’m being honest) playing Geoguessr, it became clear that the most difficult landscapes to pinpoint are, in fact, the landscapes that many of us experience daily: modern American commercial development.

National companies (think hotel chains, dollar stores, fast food restaurants) spreading their brands to every corner of the country have brought a mix of outcomes in terms of job creation, quality of life, and national identity. But what are the consequences to our physical environment, our “sense of place?” Recently, a Best Western Glo hotel has been proposed for a site on the edge of downtown Providence and sparked some reflection about the effects of brand-centric design. While most architectural critics have focused on prestige commissions—museums, tall towers—these chains have become the new, de facto “International Style” of the 21st century. It may already be too late for some places, but as this type of development continues to march ahead, we have a responsibility to ask whether the buildings that we encounter daily have a positive impact on our community, and if they don’t, how we might improve them.

To begin, it’s worthwhile to ask what “regional identity” is and why (or even if) it’s important. Regions are commonly defined by political boundaries at a variety of scales from counties to nations. Our lived experience of a region might be better defined by the elements that provide a feeling of commonality within it, and demarcate a contrast from neighboring regions. These elements usually emerge organically from the climate, natural geological features, and the culture of the inhabitants, and may not follow political boundaries. The built environment can reinforce these regional characteristics as, for example, a Rhode Island farmhouse looks different from a North Carolina farmhouse because of the different weather conditions, building traditions, and crop types that each building serves. […] 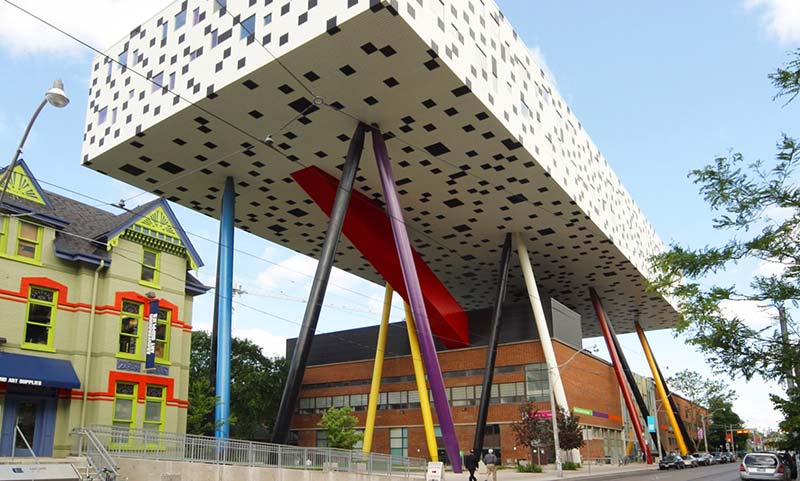 Flashy university buildings: do they live up to the hype?

September 21, 2015
0
Universities love a flagship building that sets them apart from the rest. But are they being designed with learning and research in mind?