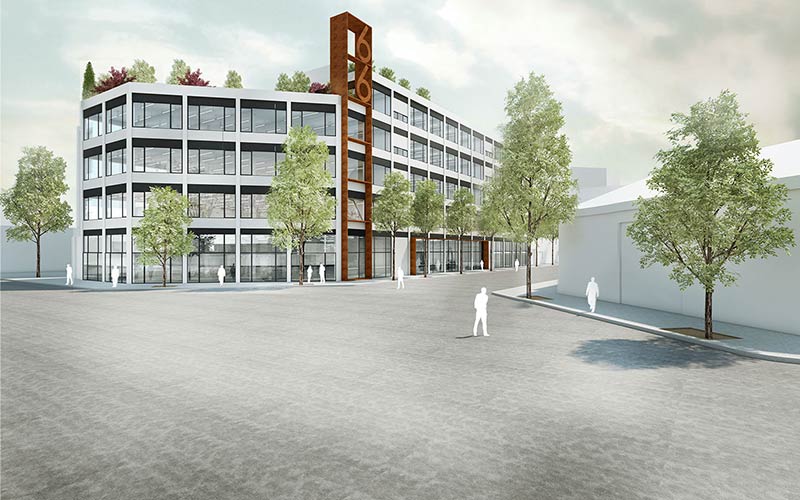 BuckleyGrayYeoman is bringing its design flair to Barcelona, with a commission to refurbish the 80,000 sq ft Carrer de Tánger 66 building in the Catalan capital on behalf of UK & European. The proposed refurbishment will transform the 1940s warehouse in the Poblenou neighbourhood into stylish, open plan offices designed to cater to the innovative tech and media companies drawn to the area, which has already attracted the likes of Ebay and Ogilvy.

The refurbishment will celebrate the industrial character of the building inside and out, exposing the concrete frame of the building to maximise the 4 metre floor-to-ceiling height and retaining features such as openable windows while modernising the glazing and building services. Rooftop terraces will be created to provide outdoor space with fantastic views over the neighbourhood for the whole building. 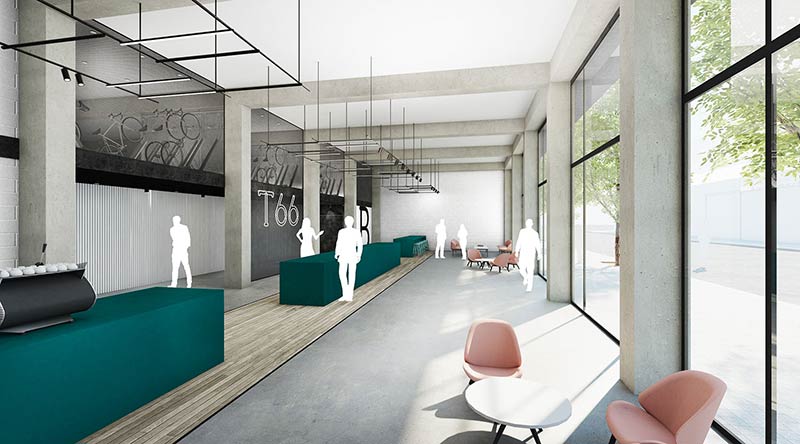 We’re delighted that we have been appointed to refurbish Tánger 66. BuckleyGrayYeoman has built its reputation in the UK by creating innovative and desirable workspaces that maximise the opportunity provided by former industrial buildings: we’ve even been asked to create new-build concepts that recreate the robust utility of this style of building. This will be our first project in Spain and with Tánger 66, we aim to bring a slice of Shoreditch to Barcelona.

Tánger 66 will continue to stand at four storeys, housing 80,000 sq ft of office space. The two basement floors will be converted to bike storage and changing rooms to cater for a new type of workforce. A new double-height reception will create a presence on the street, reinforcing the identity of the development. 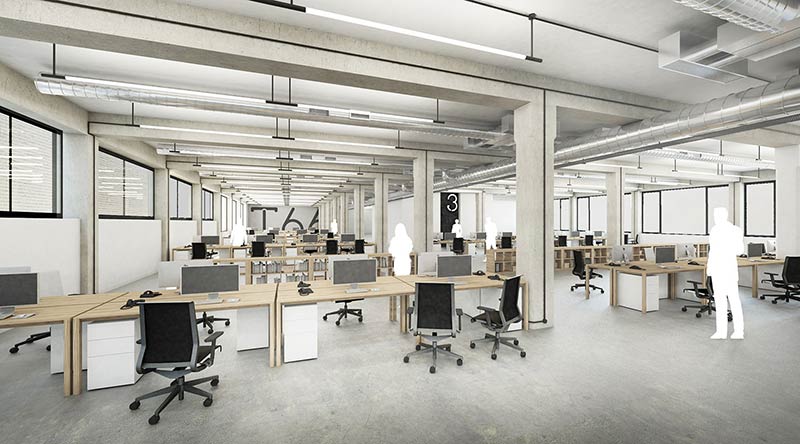 The building will benefit from its proximity to the Metro Station at Plaça de les Glòries Catalanes, as well such landmarks as the Catalan Design Museum and Jean Nouvel’s Torre Agbar.

Tánger 66 is located in the heart of the [email protected] innovation district, a former industrial area where 200 hectares of land are being transformed into an innovative hub for business communities.

The project is due to go in for planning in late 2016.