The prospect of Brexit choking off the supply of EU workers is reshaping Britain’s homebuilding industry, with big companies increasingly looking to factory-manufacture houses in sections that can be slotted together on-site with minimal labour.

Many of Britain’s leading housebuilders, including Berkeley, Taylor Wimpey, Persimmon and Your Housing, told Reuters they were either planning new developments of prefabricated homes or considering doing so.

This represents something of a turnaround in a country where “prefabs” have borne a strong and lingering stigma dating back to the 1940s when Winston Churchill ordered tens of thousands of cheap, flimsy, ugly units to be built to address a shortage housing after World War Two.

The change is being fuelled by fears over a labour shortage in the British construction industry, which relies heavily on European workers like carpenters, joiners and bricklayers. About 12 percent of its 2.1 million employees come from abroad, mainly the EU, according to official figures. The trend is amplified in London where a quarter of the 350,000 construction employees come from other EU countries, particularly eastern Europe.

Britain leaving the European Union, with its single market and free movement of workers, threatens the flow of this crucial skilled labour at a time when the country faces another housing shortage and is looking to build 1 million homes by 2022.

This is driving a resurgence in so-called offsite construction which allows anything from bathroom pods and chimneys to entire houses to be manufactured in factories before being transported by trucks to the site and bolted together. […] 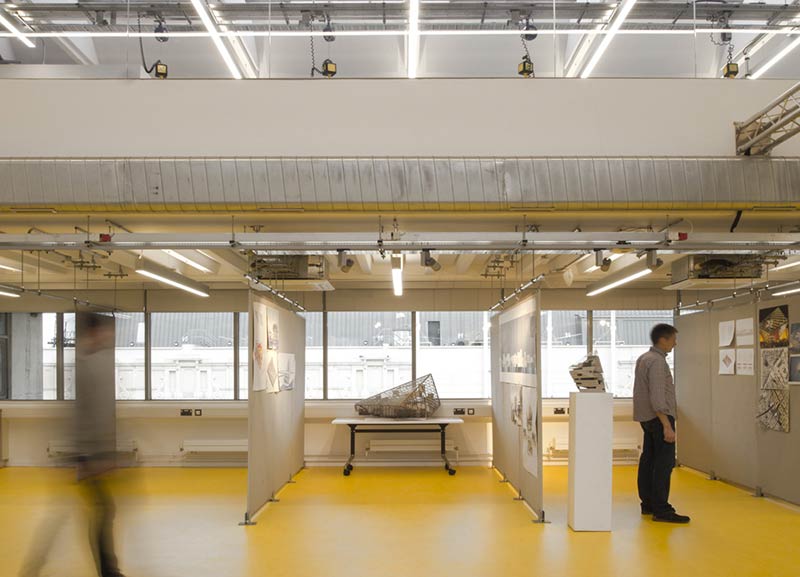 Jestico + Whiles completes refurbishment of the architecture studios at University...