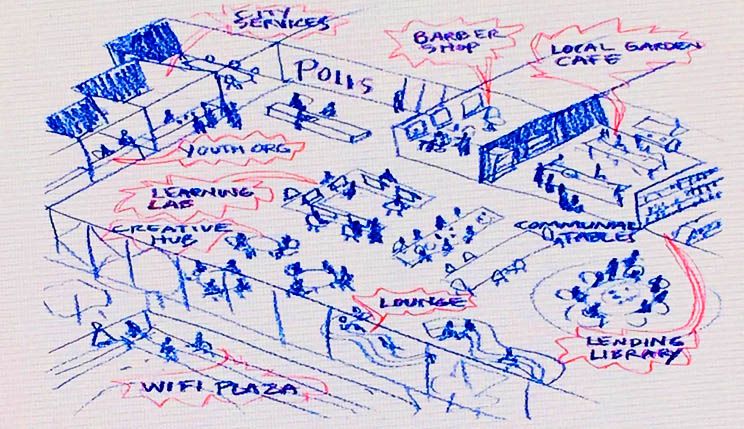 In North Lawndale, Chicago, a public basketball court is changing the way people relate to local police. Built just last October, it’s a half court built right next to the West 10th district police station, and it’s designed to get cops to shoot hoops with young men and women they might otherwise never meet.

Conceived by MacArthur “genius” and architect Jeanne Gang, the simple project is part of her broader proposal to reimagine isolated, fortress-like police precincts as welcoming community centers. In her vision, better police precincts could house a barber shop, a garden, a gym, and lounges with free wi-fi—all designed to draw community members to hang out in stations and eventually build friendlier and more trusting relationships with the cops sworn to protect them.

The concept for Polis Station as its called, was shaped around a 2015 report on 21st Century Policing by a task force convened by President Barack Obama. Almost 1,000 people were shot by the police in 2015 alone, and 250 have been killed in the first quarter of 2016 according to a Washington Post survey.

The committee’s top recommendation stressed the need to re-establish trust and mutual respect between law enforcement and citizens. “Law enforcement culture should embrace a guardian—rather than a warrior—mindset to build trust and legitimacy both within agencies and with the public,” as stated in the report. […]