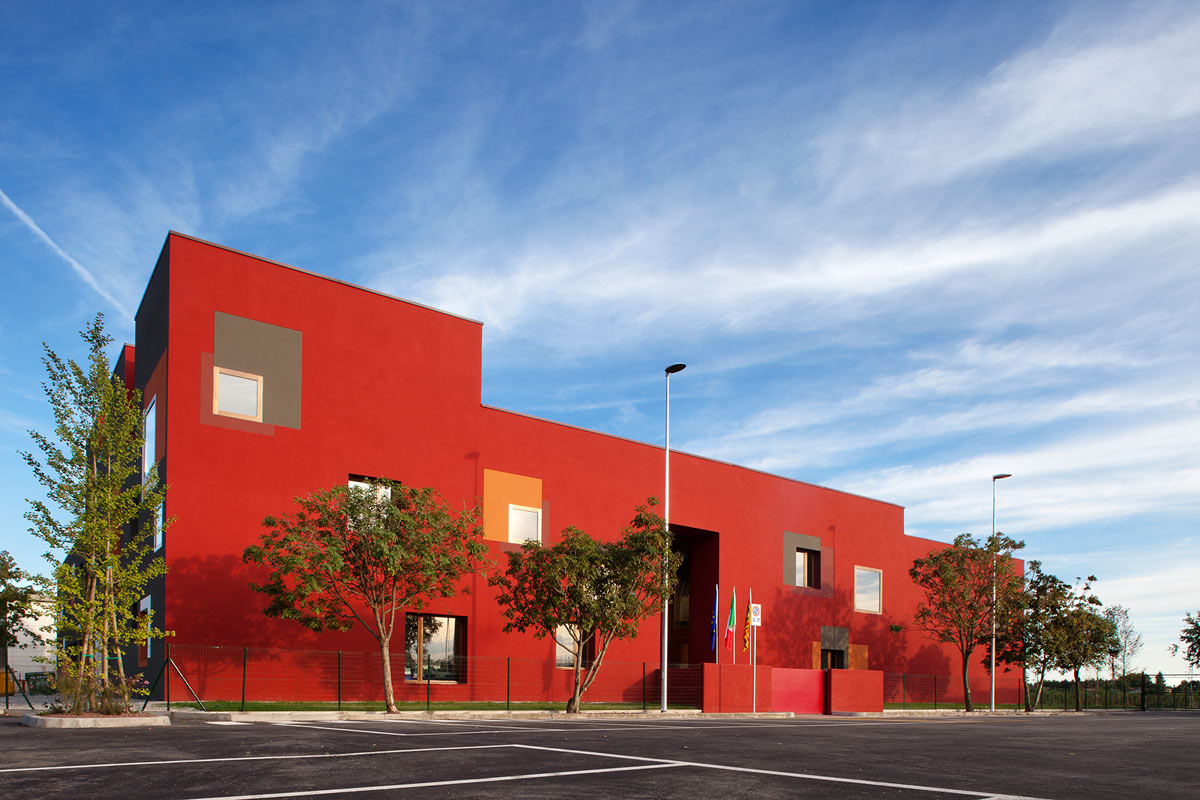 From the Architects: As architects and scholars, we recognize a political role in the urban realm for these small public spaces, where design is not aimed to produce objects standing independently, such as it happened with the cathedrals of consumerism (the shopping malls) or the cathedrals of culture (museums) which, despite their most private ownership, are considered the new public arenas of the society. 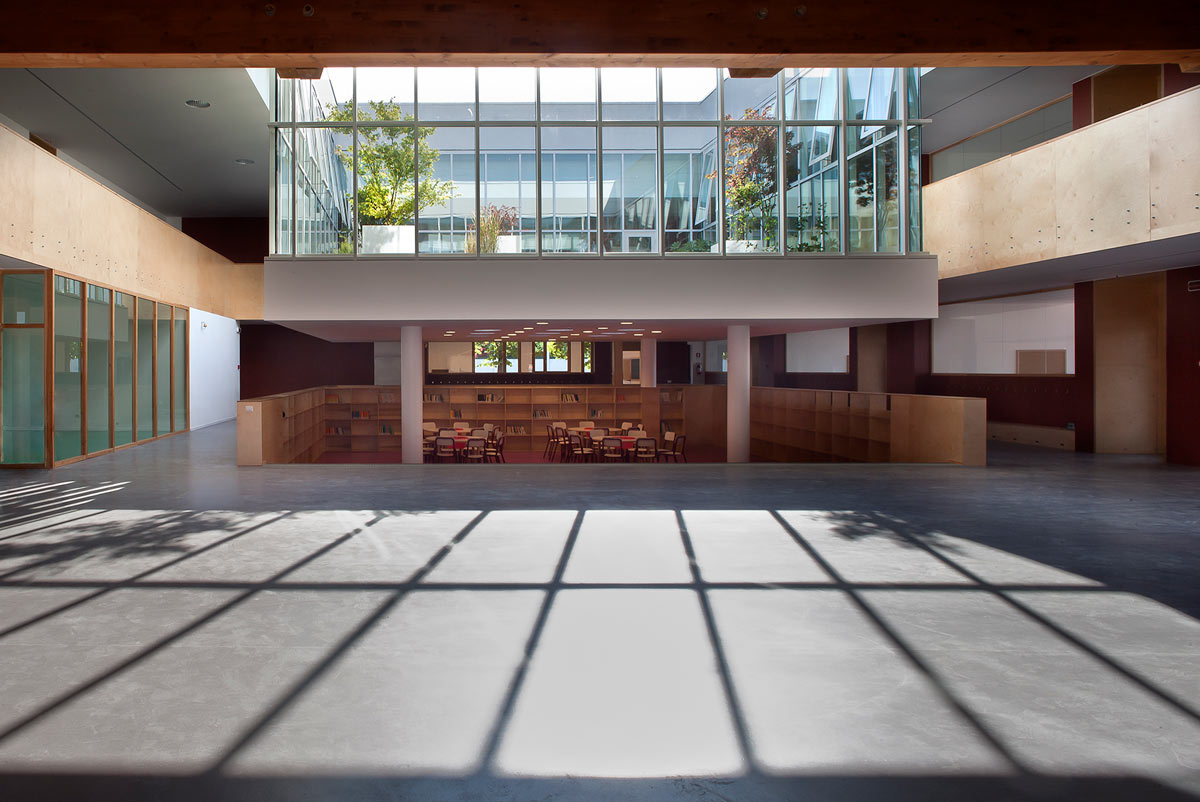 An innovative reconsideration of school buildings and their role within the urban realm and the community can provoke different ways of inventing the present and of planting seed for a better future. In this view, school buildings can be considered great political mediums. 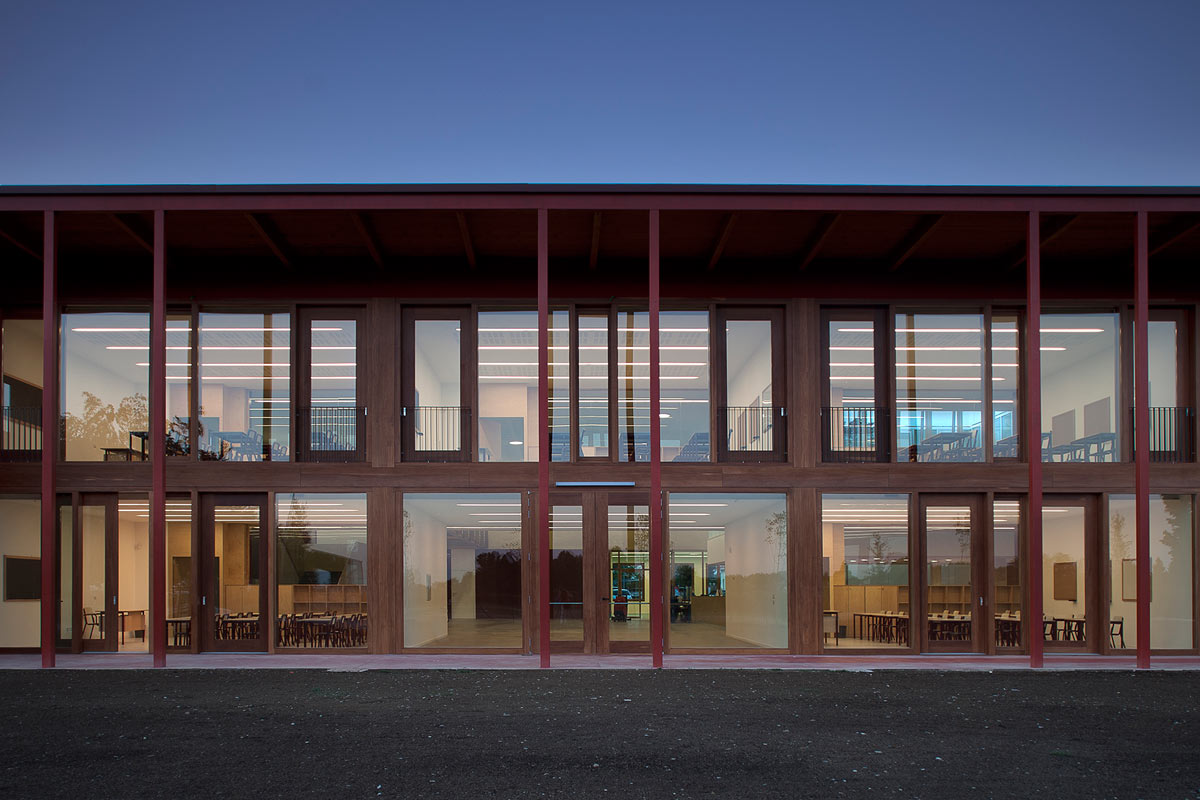 Chiarano Primary School is divided into two sections, hosting 10 classrooms for 250 students.The building is porous. It allows the territory and the light to flow inside the spaces. A glazed facade, facing the South-West side, opens the view on the surrounding countryside. The walls which separate the classrooms from the corridors are opaque only for the first 120cm and glazed on the upper parts. This condition enhances the visibility from the outside space and among the inner spaces. 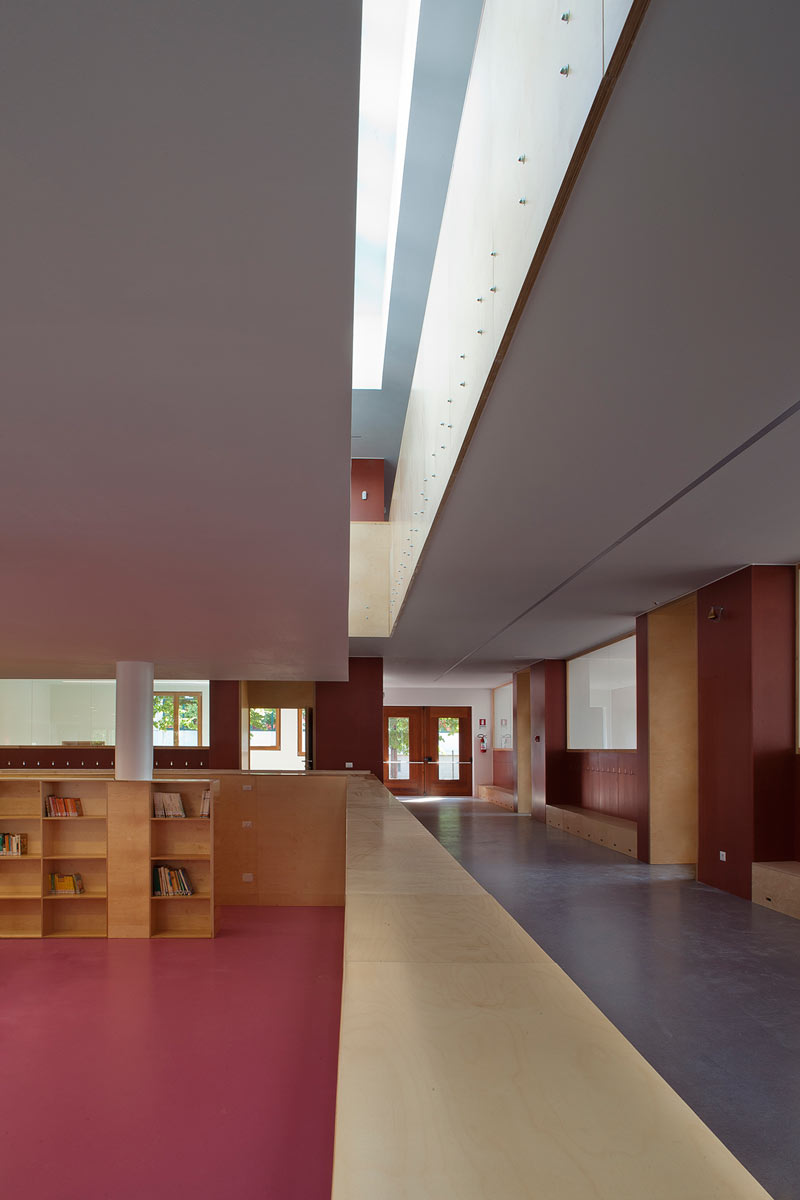 No corridors are used for the school layout as all the classrooms’ access happens on the main entrance hall on the ground level and thanks to a suspended balcony on the first floor. This solution maximizes the visibility among the spaces. The visibility is also emphasized by the visual connections between the different levels, thanks to the double high designed for the main entrance and to the design of a glazed ‘lantern of light’ that is suspended over the library, which gives character to the school entrance hall. 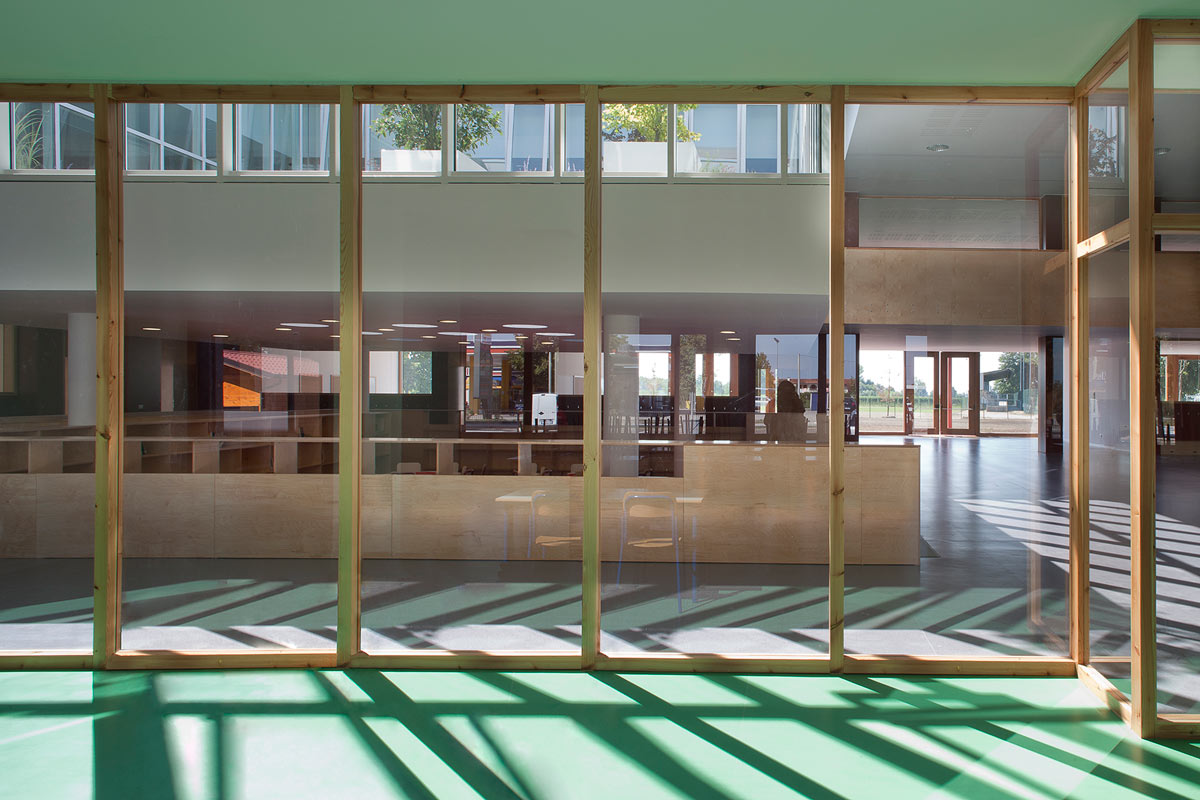 The suspended lantern houses a ‘botanic garden’ for outdoor experimentations. The library is the core of the project, and it has been thought as a new urban node for the community, since it is kept open after the school hours. 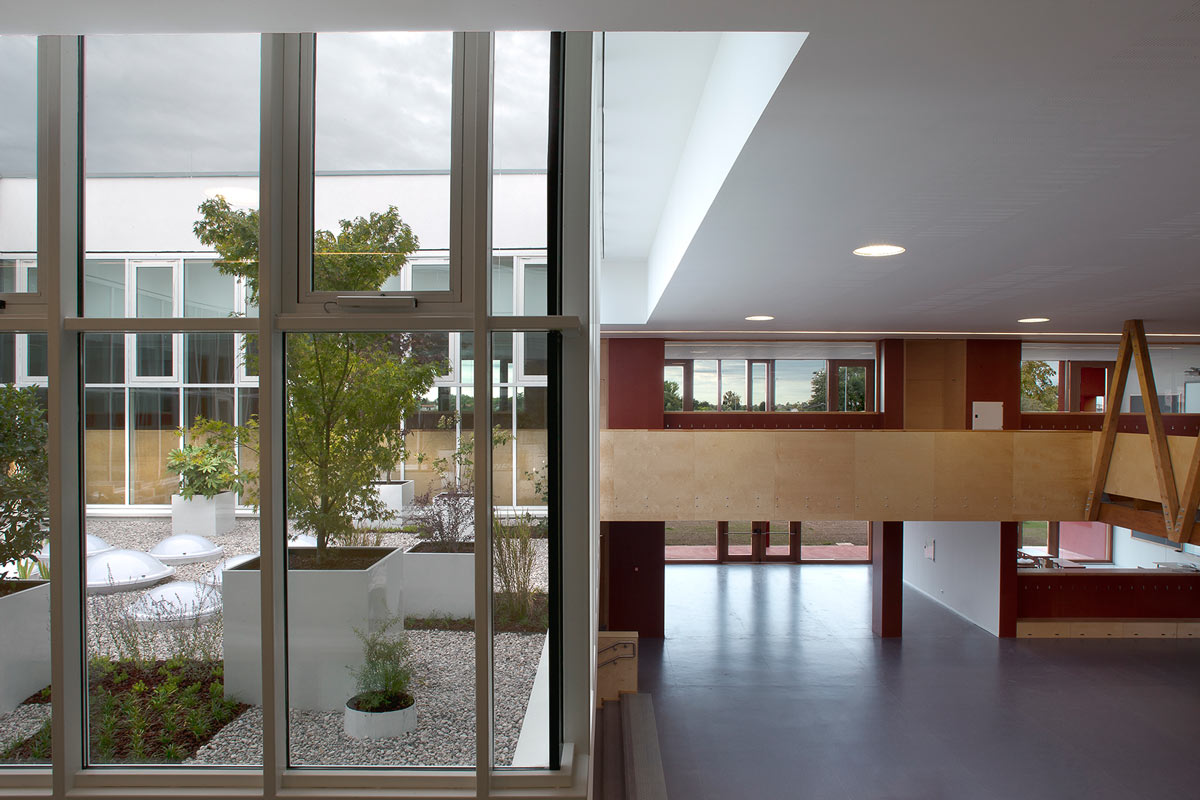 The community has been involved in the project with a special theatre play, in which architects, working with the children of Chiarano’s primary schools, a drama teacher and a musician interacted together to shape the design and the construction of the future school. No didactic purpouse was that assigned to the theatre project, but the idea of introducing the new construction to the community through a strong shared and enjoyable experience.