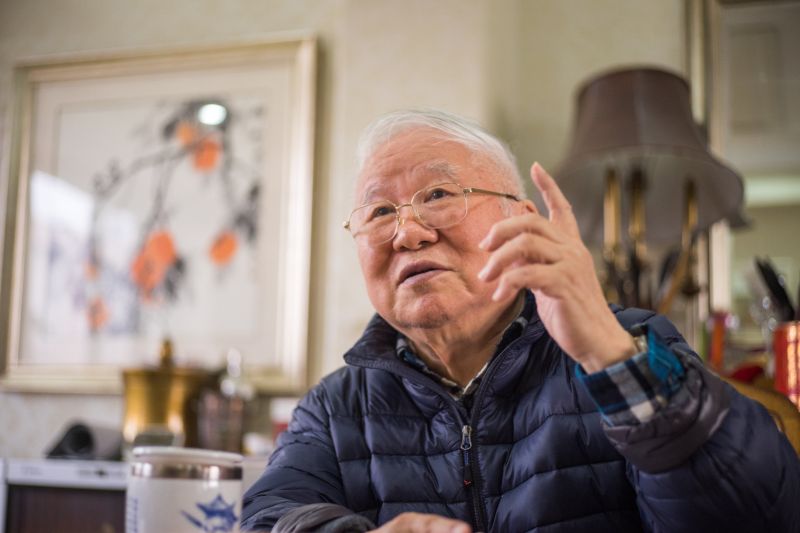 IT is a winter day in China’s smoggy capital, and Wu Liangyong is wondering what went wrong.

For 70 years, Mr. Wu has ridden out the country’s political storms, including one that killed his mentor, to establish himself as the most influential architect, urban planner and éminence grise of China’s cities. But looking out the window of his apartment in this city’s northern suburbs, he can only shake his head at the dim building emerging from the haze.

“Our environment is unfit for daily life, and the responsibility is very heavy on our shoulders,” he said. “The problem will be solved sooner or later; it’s just a question of the price we will pay.”

Now 92, Mr. Wu has responded to the growing problems of China’s great cities by publishing a new master plan for the capital area, hoping to promote his longstanding idea of linking it with neighboring Tianjin and the smaller cities of Hebei Province. It is an idea he has pushed for 25 years, but it now has strong government backing after the Chinese president, Xi Jinping, endorsed it last year. Mr. Wu has also been the subject of two recent museum retrospectives, and continues to play the role of arbiter of major projects.

“He’s a towering figure in China’s urban planning and architectural education, absolutely pivotal,” said Frederick Steiner, dean of the School of Architecture at the University of Texas, who has studied China’s architectural history. “He seems to have endless energy.”

INDEED, Mr. Wu’s career is a testament to his willpower. In the 1940s, he was one of the youngest — and now one of the few surviving — members of a generation of Chinese intellectuals to be trained abroad before the Communist takeover in 1949. He studied at the Cranbrook Academy of Art, in Bloomfield Hills, Mich., and also helped found Tsinghua University’s architecture school with modern China’s most famous architect and urban planner, Liang Sicheng. ….