With the help of Google Maps, fans of the science fiction franchise “Star Trek” have boldly gone to China to find a new discovery: the USS Enterprise as a work of architecture.

The design of the building has sparked heated discussion online among Trekkies about which ship from the long-running television and movie series it is based on.

With a total investment of 600 million yuan ($97 million), the building was inspired by the USS Enterprise NCC-1701-E, which appeared in three “Star Trek” movies in the late 1990s and early 2000s. It has landed in the coastal city of Changle in China’s southeast Fujian province, where the company’s headquarters is based. Construction started in late October of 2010 and finished in May of 2014. […] 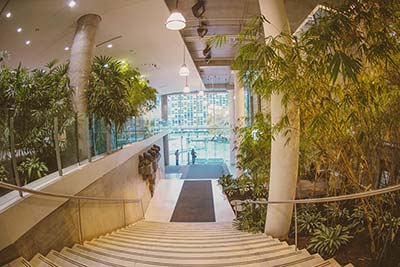 November 2, 2015
0
Students took a tour of the University of Toronto’s green spaces this week as part of a Living Architecture Tour