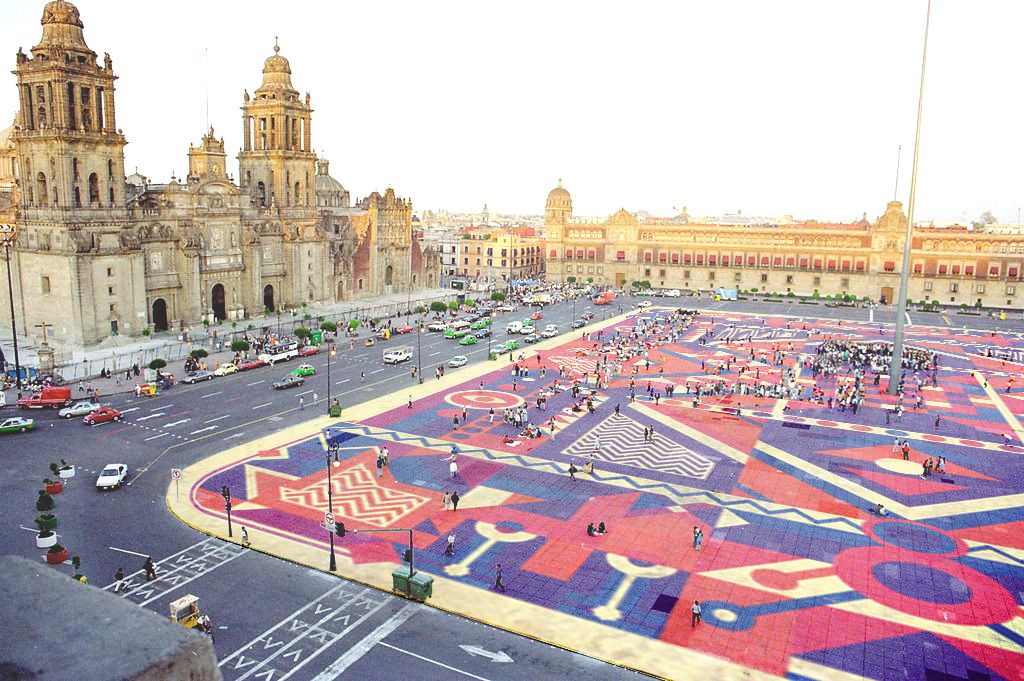 Architect’s Statement
This project is located in the heart of Mexico City at the “Plaza de la Constitución”, popularly known as “Zócalo”, which is the main square of the city. Its design has been in constant evolution during centuries, since it was recognized as a public space even before the Spanish invasion, in the ancient city of Tenochtitlan, with political and religious uses.

From the Independence of Mexico, the “Zócalo” has been used as a location for social and cultural events, being its present appearance and design established during the sixties, when it was last modified.

While this appearance is striking for its amplitude as a gap contrasting with the density of the urban fabric, it lacks of distinctive spatial features that could enhance its identity. It is a hard and monotonous square that provides a flat platform for sporadic events and daily transit yet it has little identity, and low sensitive interaction as well as poor proprioception.

As a way of reinventing it, while maintaining intact its core spatial properties, the project consists into painting the ground with a pattern that belongs to the original Mexican culture. An iconographic Mayan pattern, creating new partialities through the geometric paint in two dimensions, modifying the spatial sensation without obstructing it. 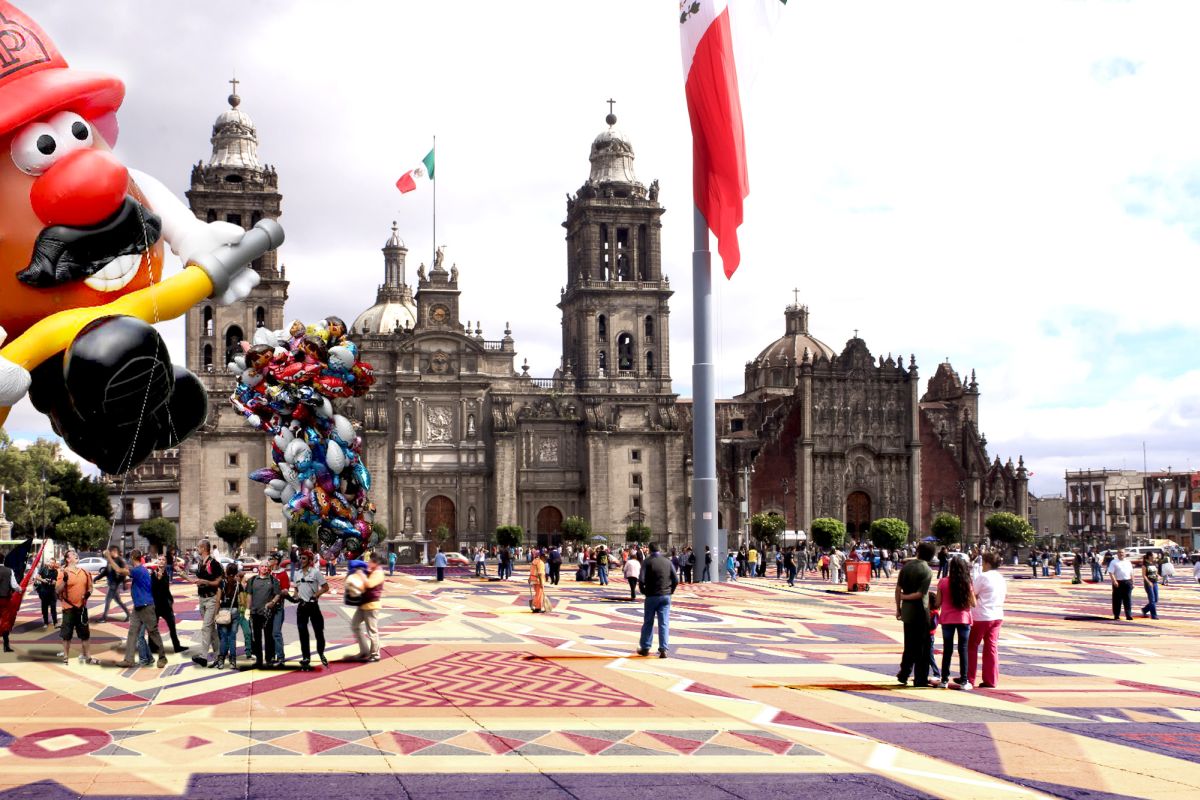 The pattern used was designed by Jacopo Severitano and published by Underworld Magazines by which the functions and possibilities of the plaza are reinterpreted into 3 different areas according to the recreative, cultural and comercial main functions happening yearly.

The lines crossing the square highlight the mayor circulation points from west to east and north south, trace the main dynamics in the space. The result is a pattern with highly spatial potential, particularly due to the different color zones and dynamics that the pattern establishes.

It allows its users to reinterpret the public spatiality therefore generates a new square, where the color significantly changes the overall appearance of the place, gaining striking identity. This action produces social phenomenon catalyzing new dynamics and changes in the surrounding area, modernizing the space to turn into a very intense city center, that was already present but now enhanced. 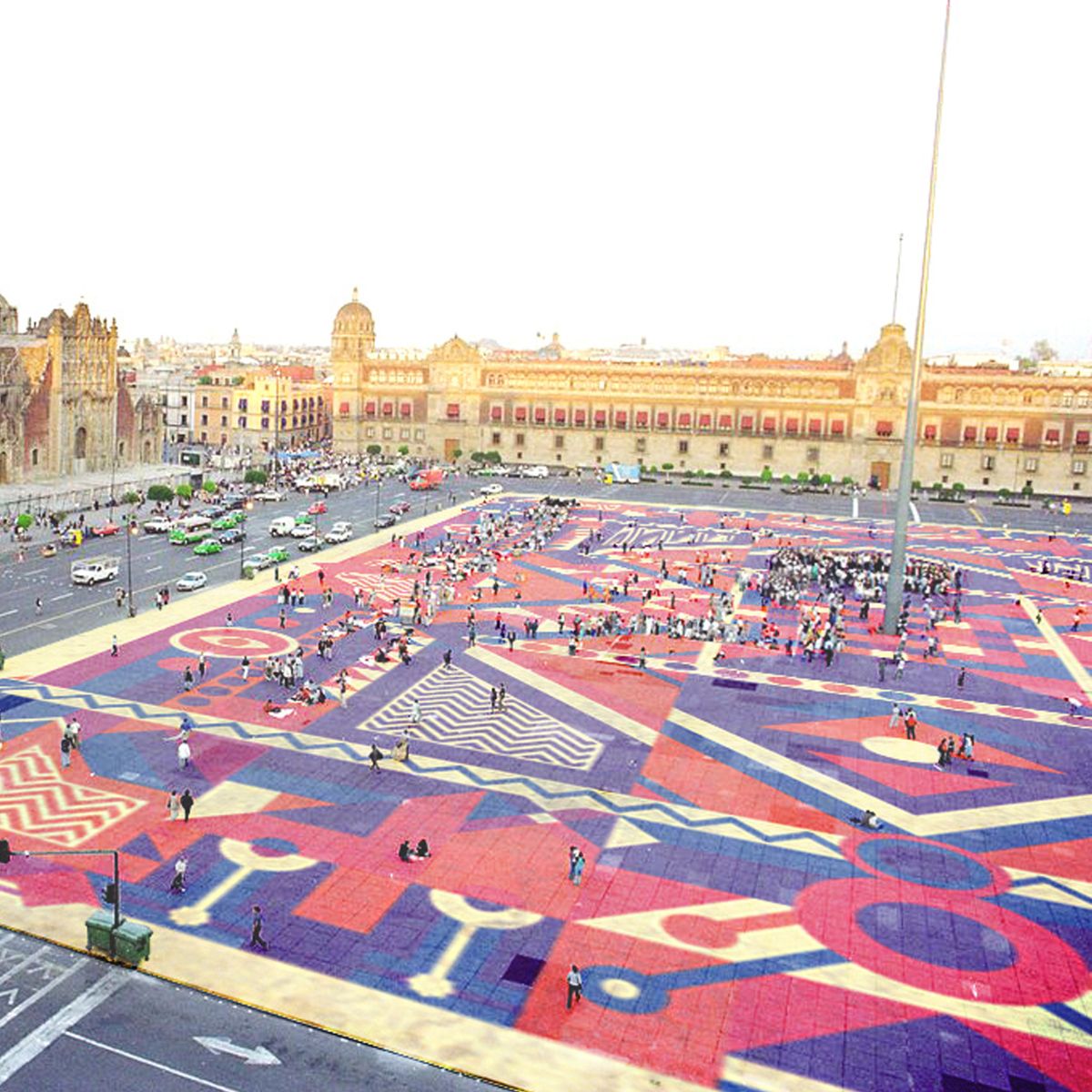 This allows defining areas and unleashing the imagination of passersby who appropriate the space in different ways, manifesting this in their personal displacements and stays. The painting used is based on microsphere of glass, which allows tracing the lines with ease and strong adherence to the existing ground.

The painting needs to be retraced every 3 years which allows modernizing and changing the appearance, colors and identity of the Zocalo keeping it as an updated ever changing landmark of the city. Alongside, the condition of empty space that responds to the traditional urban fabric is enhanced, now containing an explosion of colors identifiable through the various axes that converge in the “Zocalo” and exacerbating its urban landmark condition. 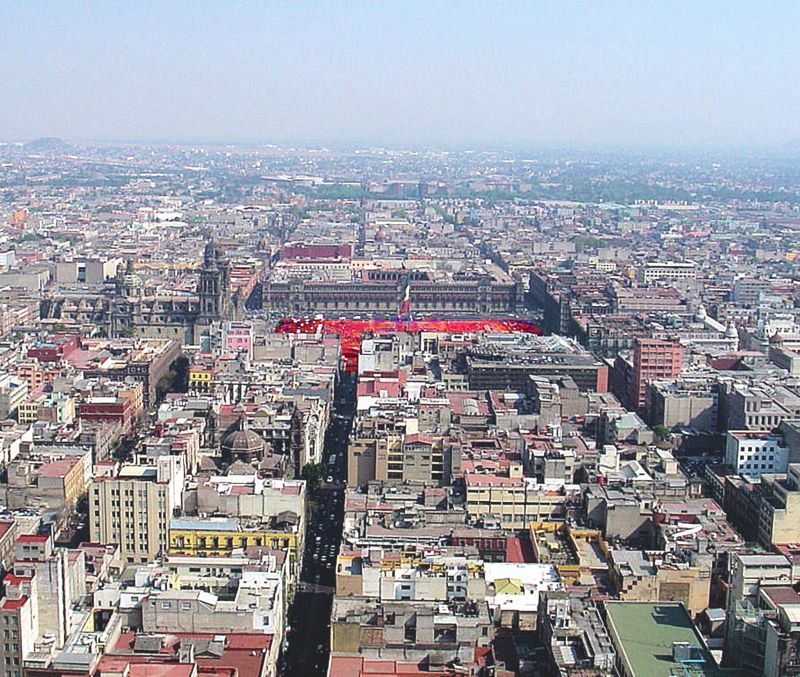 This project focuses on deepening the spatial experience as an architectural concept. It aims to transform a space through a gentle but significant change in the individual experience of its inhabitants. It incorporates those modifications by renewing its uses and symbolism.

It is a highly proprioceptive proposal, where body movements are influenced by the work of geometry and colors, exploring the scope of body-space relationships, and providing unique space characteristics that allows highly recognition for its inhabitants.