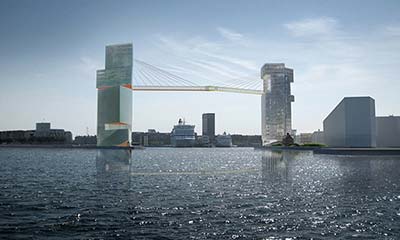 Copenhagen Gate, designed by US architect Steven Holl, would have been suspended between two skyscrapers

For a city as avowedly practical as Copenhagen when it comes to transport, the project seemed grand, almost frivolous: a glass-walled bike and pedestrian bridge suspended 30 storeys above the harbour, between two skyscrapers.

But after years of discussion, plus some premature reports that the scheme was about to be built, it seems plans for the so-called Copenhagen Gate were abandoned this week.

The idea had dated back to 2008, when the practice of celebrated US architect Steven Holl won a competition for the regeneration of the harbour of the Danish capital, comprising a pair of skyscrapers on either side of a port inlet, containing office space and two hotels. A bridge between the towers was deemed necessary so that the building on the outer side was no more than 500 metres from the nearest rail station, as dictated under planning laws for workplaces.

There was just one problem: twice a day, the large Copenhagen to Oslo ferry would sail between the two buildings. Holl’s solution was to place the cycle and pedestrian path 65 metres in the air, necessitating a long lift ride on either side.

While the kinked bridge, with its floor-to-ceiling glass sides and orange-and-yellow colour scheme, would have provided stunning views, cycling groups in Copenhagen were unconvinced of its practicality. […] 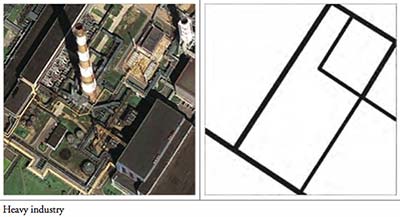 October 19, 2015
0
Stephen Wheeler has determined, 27 basic patterns in how we've built the world around us