The grubby end of Oxford Street is being tamed but this isn’t regeneration, it is devastation. The human-scale buildings, Victorian music halls and alleyways survived road widening and the blitz, but they won’t survive Crossrail

It says something about the rate of change in St Giles that when I step out the tube at Tottenham Court Road, a station I’ve used for 25 years, I don’t have a clue where I am. For centuries, this corner of seedy London has acted as a wild annexe to the West End, and from 1999 I worked here at Time Out, often ending up after a show or gig on Hanway Street for a late-night livener. Now it takes time to get my bearings. Views are obscured by massive hoardings and shells of buildings. Long-time landmarks having been reduced to disorienting facades. As I try to locate Denmark Street, the sound of drilling and demolition assaults my ears.

Later, from the Angel pub on St Giles High Street, I’m able to get a better scale of the redevelopment. From here, I can see three major construction sites and one completed project: the sprawling Central St Giles, Renzo Piano’s brightly coloured home for Google. A 10-minute stroll round the junction of Oxford Street and Tottenham Court Road reveals half-a-dozen further building sites. Sometimes entire blocks have been flattened, sometimes fronts have been allowed to remain, propped up by girders and awaiting incoming flats or boutiques, the old facades acting like a kind of wallpaper for shiny new interiors. The usual vocabulary of planning seems insufficient. This isn’t regeneration, it is devastation; buildings aren’t being developed, they are being demolished and something alien raised in their place.

St Giles always felt as if it had slipped through the cracks of the 21st century, a glorious accident amid the West End’s general primness. The streets east of Charing Cross Road and south of New Oxford Street, slipping into Covent Garden at Shaftesbury Avenue, had an atmosphere that bled into neighbouring districts. The shabby aura of the Victorian music halls, pokey alleyways, late-night bars and seedy venues could be felt along Oxford Street, New Oxford Street and Tottenham Court Road, most noticeably in the piratical haunts of Hanway Street. These streets were the West End’s wild borderland – not quite Soho, not quite Bloomsbury, not quite Covent Garden. In this vacuum, excitement flourished. […] 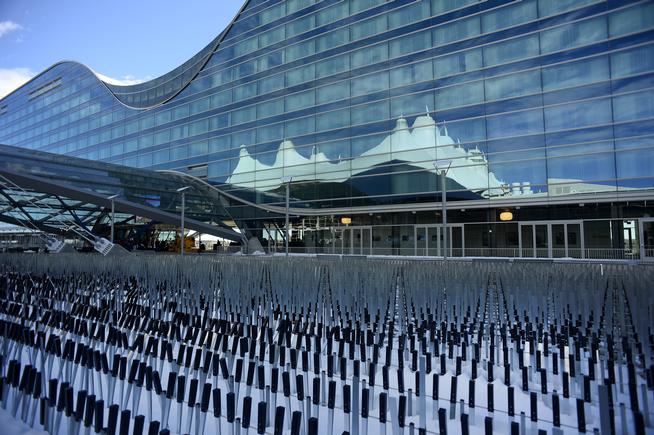 November 29, 2015
0
Denver International Airport's new addition: Is it good enough to win over folks unhappy that it blocks the beloved main terminal?