As the V&A’s special pavilion at the Venice Biennale shows, we now have the technology to create perfect copies of cities – but should we?

The 2,000-year-old city of Palmyra was once Syria’s most popular tourist attraction. Walking through the Roman Great Colonnade to the Temple of Bel, with the sun setting and the stones turning gold and pink in the desert light, you felt a deep connection across the centuries to the city’s heyday.

When Isis fighters stormed Palmyra and destroyed some of the most precious parts of this ancient city, the world was aghast.

Then came the surprise, now unveiled in Trafalgar Square: a faithful, 3D-printed replica of the Triumphal Arch of the Temple of Bel, which Isis had reduced to rubble.

It turns out that while Isis was advancing on the city, the Institute of Digital Archaeology (IDA) had, along with Unesco, been distributing 3D cameras to volunteers in Palmyra. They were aware that in the same way the Taliban blew up the sixth-century Buddha statues in Bamiyan, Afghanistan in 2001, Isis were very likely to destroy much of Palmyra’s ancient heritage.

Boris Johnson called it giving “two fingers to Daesh”, but this remarkable new capability – to rebuild exact copies of urban structures – goes much further. From Palmyra to the Iraqi city of Mosul and the Nepalese capital Kathmandu, new technologies in digital copying and 3D building are allowing us to bring back not just monuments, but entire cities from the rubble. […] 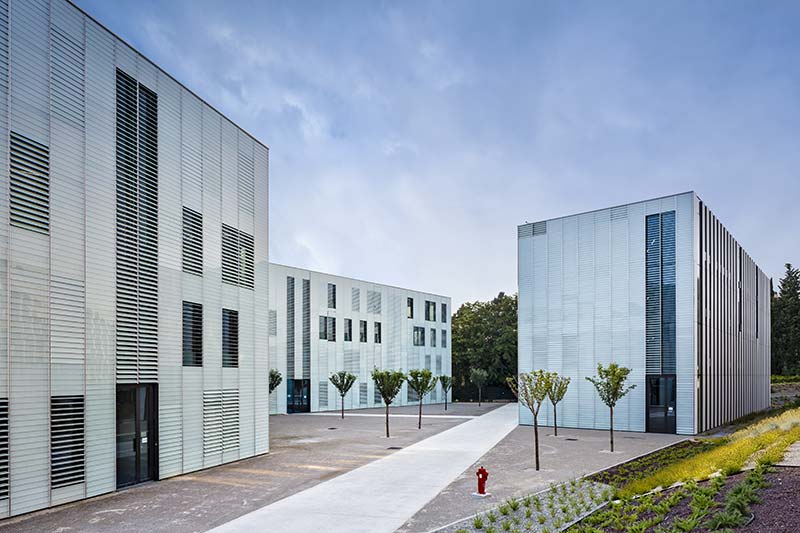 October 7, 2016May 30, 2016
0
In further developing a campus that dates originally from the 1960s Dietmar Feichtinger shows that added value can be better achieved through restraint, carefully positioned cubes ..