The fall and rise of London council estate 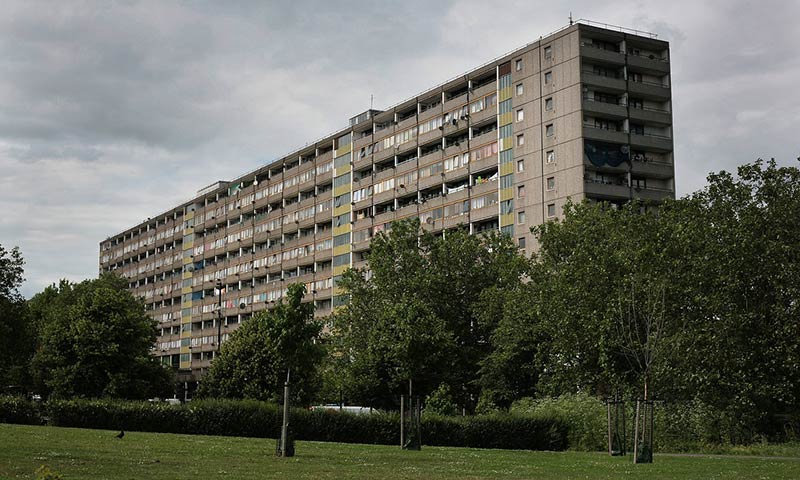 For decades, the Aylesbury estate in south London has been seen as a symbol of the failure of British social housing. But now – just as it is being demolished – many people are starting to think again

Aysen Dennis loves her flat. Two bedrooms, a neat kitchen-diner, a cosy living room, lots of light, a separate toilet and bathroom, and a much broader hallway than in the poky million-pound Victorian houses that surround her in south London – all for £110 a week, plus £30 heating and service charge. Her flat is warm, and no one can see into it. “I feel free in my home,” she told me recently. “I can take off my clothes without worrying about curtains.” She still has the original 1960s kitchen cupboards, miracles of space-saving and clever joinery. South London hipsters would love them.

Dennis is not a hipster. She is 57, single, and has been unemployed for four years. She used to work in a women’s refuge. Before that, three decades ago, she came to London from Turkey: a leftwing activist fleeing the aftermath of a military coup, during which she had been shot at and imprisoned, and some of her friends had been killed. After a few uneasy years in squats and shared properties – “the husband of my last housemate was a racist” – she moved into her flat in the spring of 1993.

“I couldn’t believe my luck,” she said. “A council flat in London!” She gestured round her living room, at its two carefully placed sofas, the desert plants basking on its broad windowsills: “And this kind of generous place. It was the first time I’d had somewhere of my own.” Her favourite feature of all is the eighth-floor view: north, south and west, an uninterrupted, grey-green sweep of trees and towers and terraced houses, with an enormous, almost seaside sky above. These days, this is the kind of vista increasingly reserved for millionaires. After a quarter of a century looking at it, she still photographs the sunsets.

For someone as modestly-off as Dennis to still have such a home, only a couple of miles from central London – you could see it as a lingering vindication of the 20th-century British approach to social housing. […]