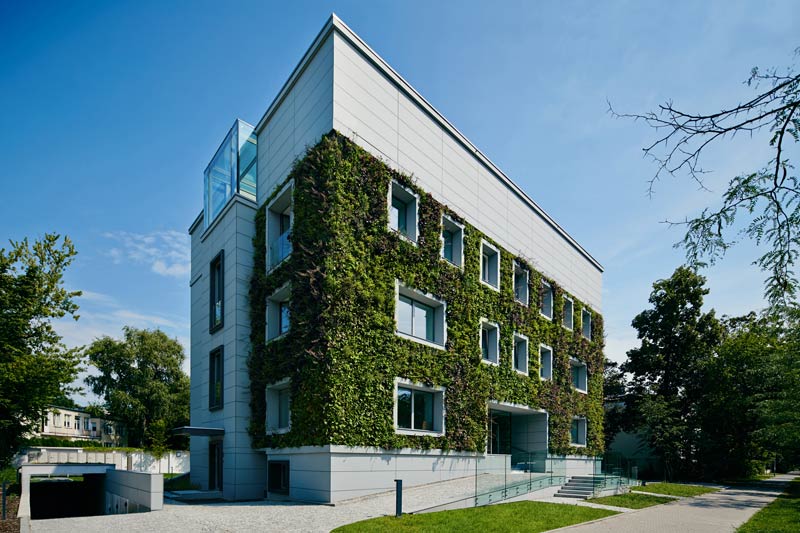 The vertical garden, covering front and side elevations, is a tool which allows integration of the building with its green context. The FNP headquarters has become an element of the landscape in a very common sense. The green face of the building blurs the boundaries between architecture & nature. 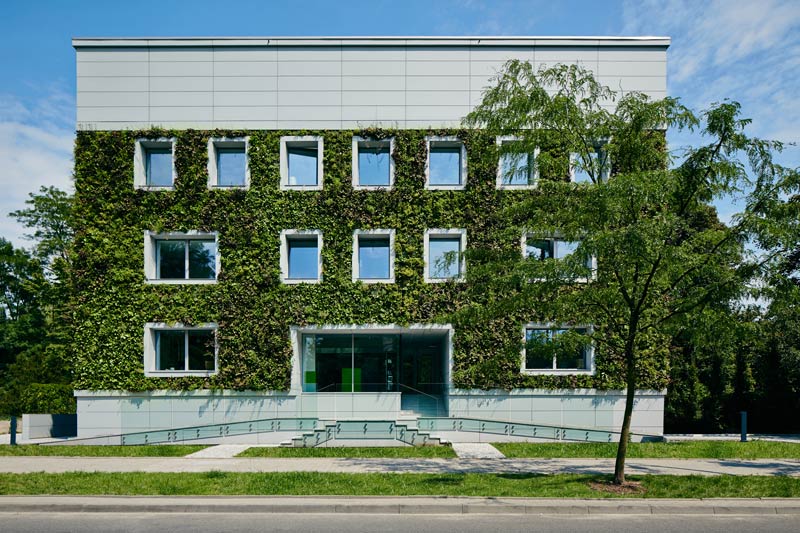 The architecture of the building is created by a collision of textures. The leafy vertical garden, softening the building edges, is contrasted with the smoothness of surfaces finished with light grey concrete panels. The green wall, naturally three-dimensional, is enriching the elevation with its depth. This three-dimensional effect is constantly changing over time. Due to the natural vegetation of the plants and the cycles of the year the face of the building will also be constantly changing. 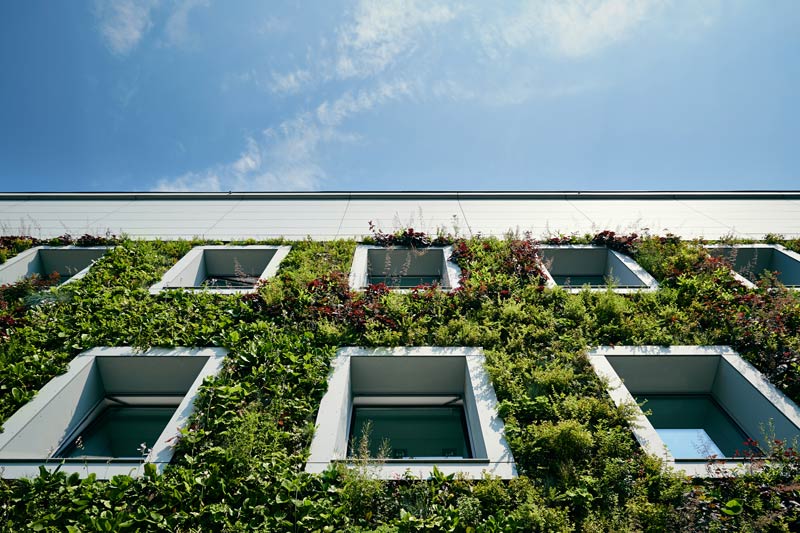 The vertical garden, taking into account its geographic location, is treated as experimental. During the course of its exploitation, the bio-diversity of the wall may change due to the seeds brought by birds or wind. The designed vegetation optimum should be reached in 2016. 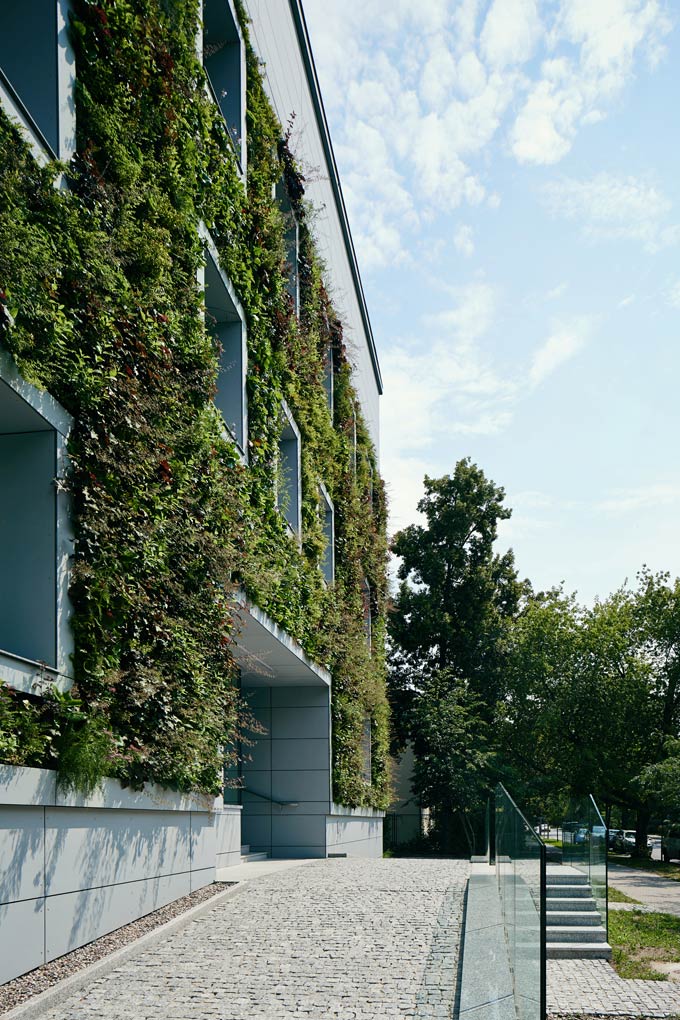 The intent of the project was to preserve of the character of the 1933 dilapidated multi-family house, which had been seriously mutilated by air bombing during WWII, while converting it into an environmentally friendly and modern office space.

Simultaneously, precious architectural and historically significant elements were safeguarded alongside adhering to the restrains postulated by the Warsaw Preservation Office in regards to building mass and window layout. 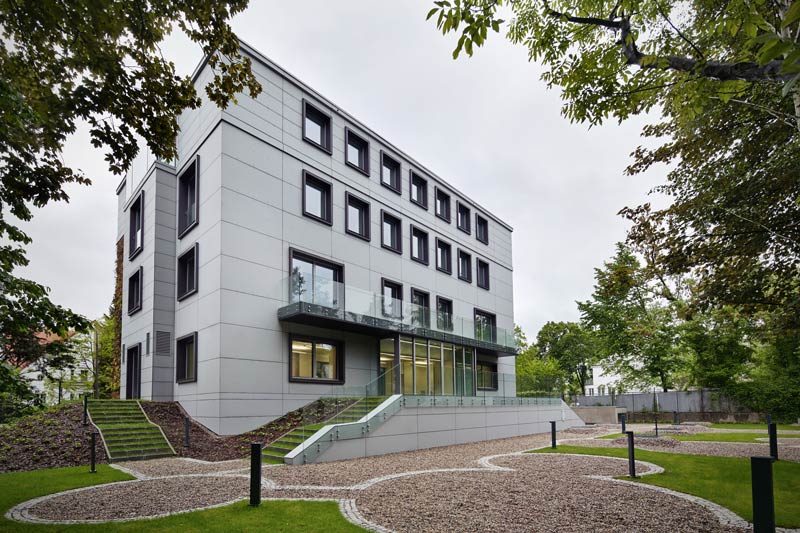 The building’s location, inside a sparse subdivision, established in 1930’s, influenced the multilayered integration of the project within the green context and public space. The investment strove to reduce its impact on the municipal infrastructure and the natural environment.

Liquidation of the fence in front of the building helped to enlarge the public space of the street and incorporate the backyard garden with it. The addition of an internal atrium and perforation through the ground level, beginning with the main entrance, established a visual link between the outside and inside, between the street and the garden. 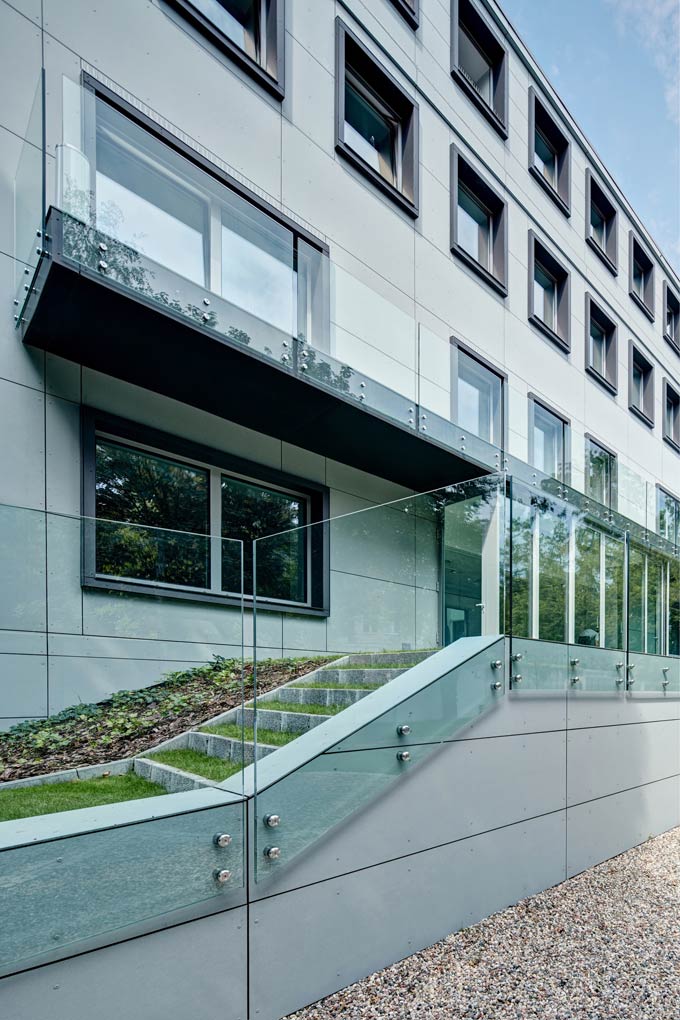 The integrating tool to connect the building to its green context is the successful application of the first in the region external vertical garden onto both front and side elevations. The rain water collected into the retention basin irrigates the vertical garden and eliminates the demand for the municipal network. An 82% of the relatively small town plot, taking into account the vertical garden, is covered with surfaces allowing natural water retention.

Access to natural light was given to 96% of the above ground levels space. The ground level and underground parking lot (overhead skylights), reached the highest possible ratio-100% of those spaces has access to the natural light. 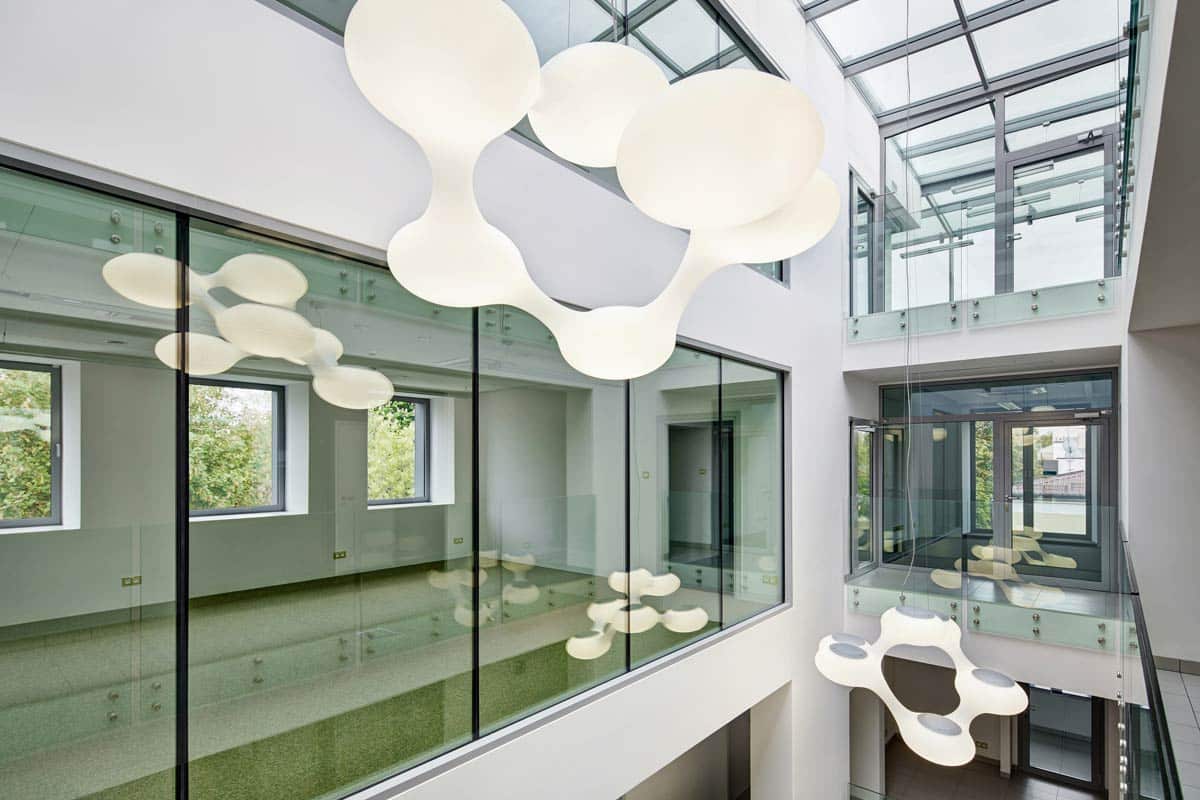 Preservation of the original internal staircase, including the green terrazzo steps and landings filled with tiny, colorful “corset” ceramic tiles (nearing extinction) recalls the atmosphere of similar buildings of the era located in Paris, Amsterdam and Brussels.