In 1934, E. J. Kaufmann, a Pittsburgh department store magnate, took Frank Lloyd Wright to a section of untrammeled woods in southwestern Pennsylvania called Bear Run. Mr. Kaufmann hoped to build his summer home here, in a glen thick with maple and hemlock trees, where water pooled and then dashed over a sequence of cater-cornered rock ledges.

Wright approved of the view. He had dreamed of setting a house over a waterfall since his first travels to Japan, in 1905, where he bought a Hokusai print of a cottage perched beside a steep cascade. In this Appalachian wilderness, he finally found the right spot. He wrote to Mr. Kaufmann a few days later, saying that a “domicile has taken vague shape in my mind to the music of the stream.” This house would become Fallingwater, perhaps Wright’s most iconic design, and one of 10 structures by him that the United States nominated last year to become Unesco World Heritage sites.

Fallingwater was built out of hand-hewn sandstone, glass, concrete, steel — and smoldering indignation. Wright was desperate to one-up the European modernists, like Walter Gropius and Mies van der Rohe, who had run his career aground. Mr. Kaufmann, meanwhile, wanted to thumb his nose at Pittsburgh’s priggish ruling class, which declined to give a Jewish merchant (and noted philanderer) a seat at its power table.

Once built, Fallingwater was rapidly mythologized, its reputation goosed by everyone from Mr. Kaufmann’s self-aggrandizing son Edgar Jr. to the Museum of Modern Art, Ayn Rand and press barons like William Randolph Hearst and Henry Luce. “Without these interventions,” writes Franklin Toker in his authoritative 2003 study “Fallingwater Rising,” “how likely was it that a house in a remote forest 18 miles from the Mason-Dixon Line would become the poster child for modern architecture worldwide?” […] 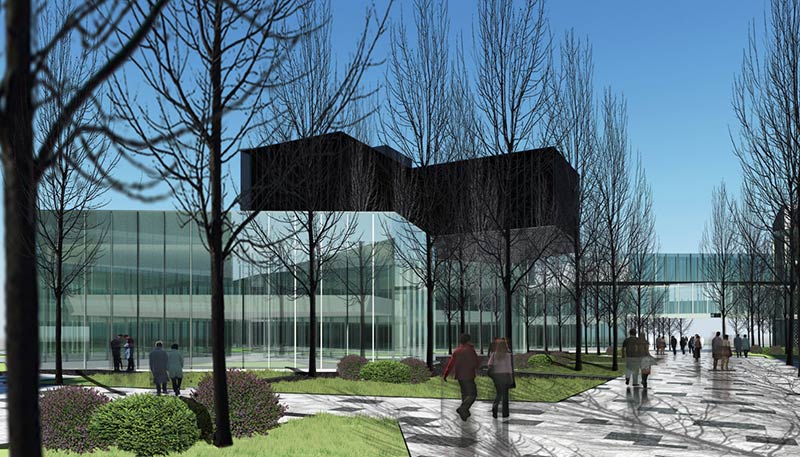