The Olympic games are notorious for leaving burdensome buildings in their wake but Rio is going with structures that can be removed, rebuilt, and repurposed

Nearly every city that’s hosted an olympiad lives with a white elephant. This never reflects well on the Games, and the International Olympic Committee has in recent years directed organizers and host cities to be cognizant of “legacy mode”—what happens after crowds disperse, athletes leave, and the torch extinguishes. London offered a glimpse of this approach with the 2012 Games, which featured several easily dismantled stadia. Rio goes further still with structures that can be removed, rebuilt, and repurposed. Mayor Eduardo Paes calls it “nomadic architecture.”

Future Arena, the handball venue, will provide the material to build four 500-student primary schools in the city’s Jacarepaguá neighborhood. Workers will disassemble Olympics Aquatics Stadium and use the components to erect two community swimming centers; one in Madureira Park and one in the Campo Grande area. The International Broadcast Centre will become a high school dormitory. And Barra Olympic Park—a 300-acre, triangular peninsula that features nine Olympic venues—will host public parks and private development after the Games.

“It’s based around not leaving white elephants,” said Bill Hanway of AECOM, which created the master plan for the olympic parks in London and Rio. “We’re at a stage in the Olympics where social and financial responsibility are much more important than they used to be.”

Such an approach is vital, he says, because most venues that host sporting events after the Games often have twice the capacity they need. Some of them aren’t needed at all, and sit vacant. […] 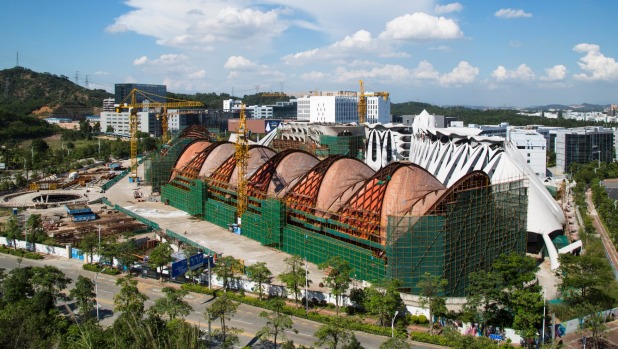 Welcome to the wonderful world of Architecture van Brandenburg

August 24, 2015August 2, 2016
1
A New Zealand-designed building for a Chinese fashion house is making waves across the globe.