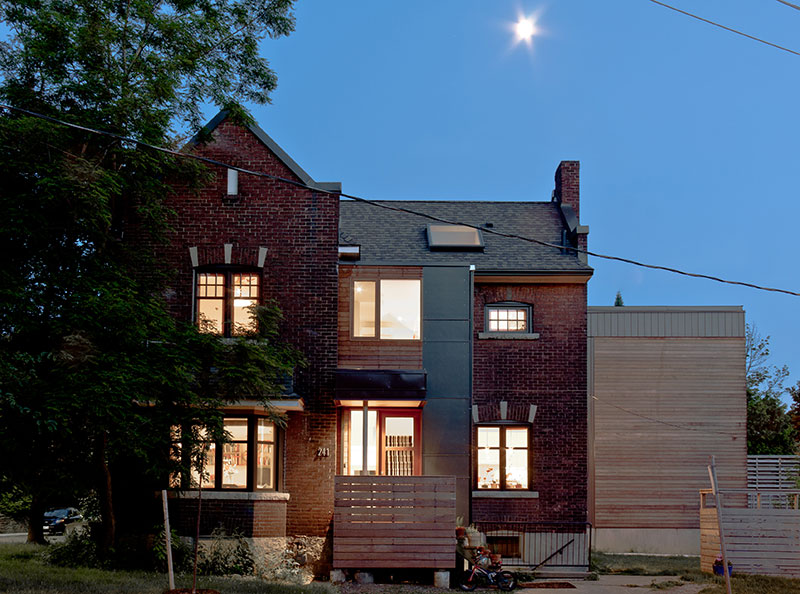 This major renovation of a hundred year old house in west Toronto includes major structural repairs, system upgrades, a drastic increase of thermal performance and updated, modern and sleek interiors. The family fell in love with the home’s neighbourhood and charming original brick structure, but prior to the renovation, the 1500 sq.ft. home was dark and drafty, with a design too cramped for the family of four to live in complete ease. 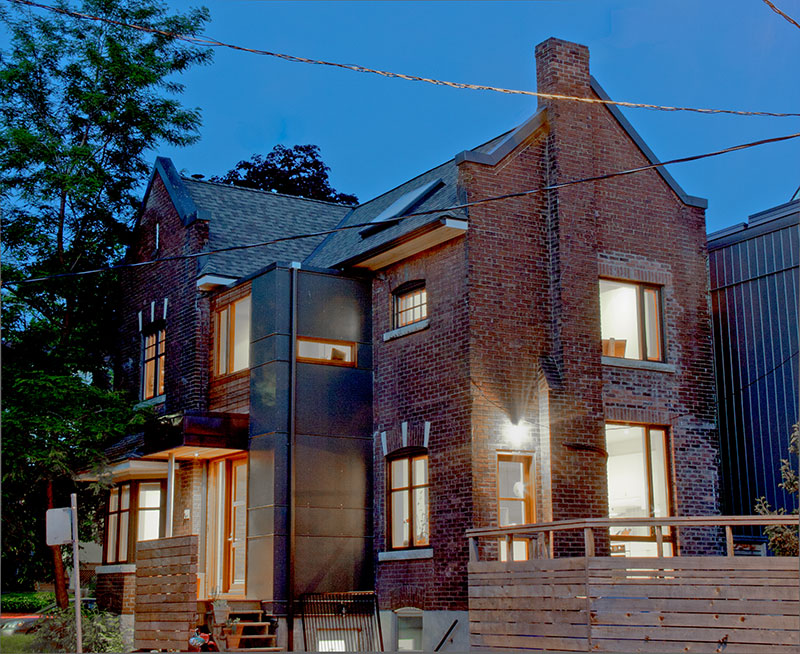 The leaky structure meant exorbitant heating and hydro bills. Instead of taking on small individual renovations and patch-jobs, the family held off on any renovations until they could afford a complete renovation of the entire house, which came 5 years after moving in. With five years of experience living in the home, they began their renovation plans knowing exactly what they wanted and needed from the space. They approached Solares Architecture, a Toronto-based architecture firm specializing in energy efficient architecture, who took the project on with enthusiasm, using their expertise in the field of high performance homes, to transform their home into a high performance, modern and beautiful home. 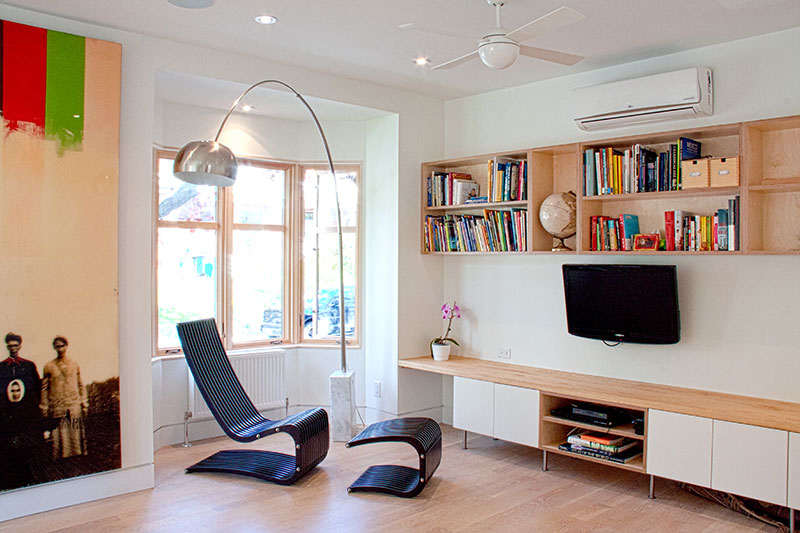 The young family of four knew they needed more space to suit their growing needs, yet they knew that building an additional storey would be cost prohibitive. Instead, they relied on Solares’ clever design plans, which opened up the space considerably. Solares removed the basement’s exterior stair (the home had previously been renovated to create a separate basement apartment), removed the existing basement foundation, added considerable amounts of under-slab insulation, and reinstated a stair connecting the ground floor to the basement. The basement was finished to include a large playroom, a guest bedroom, laundry facilities and a small mechanical room, tucked under the stairs. On the main floor, the foyer opens to the central staircase, with the open concept living and dining area sitting east of the foyer, and the kitchen, with a large quartz island, sits to the west. The kitchen opens out to a large backyard and patio. On the second floor, a bathroom sits between the two small children bedrooms, with an open-concept desk area on the second floor landing, and the master bedroom hosts a compact “boutique hotel” en-suite style bathroom. 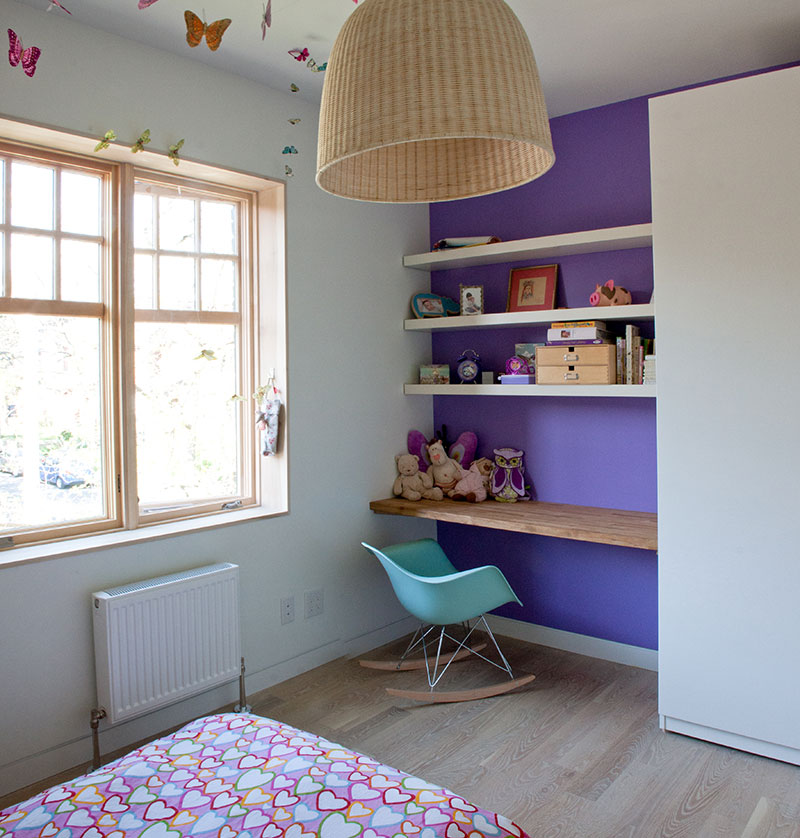 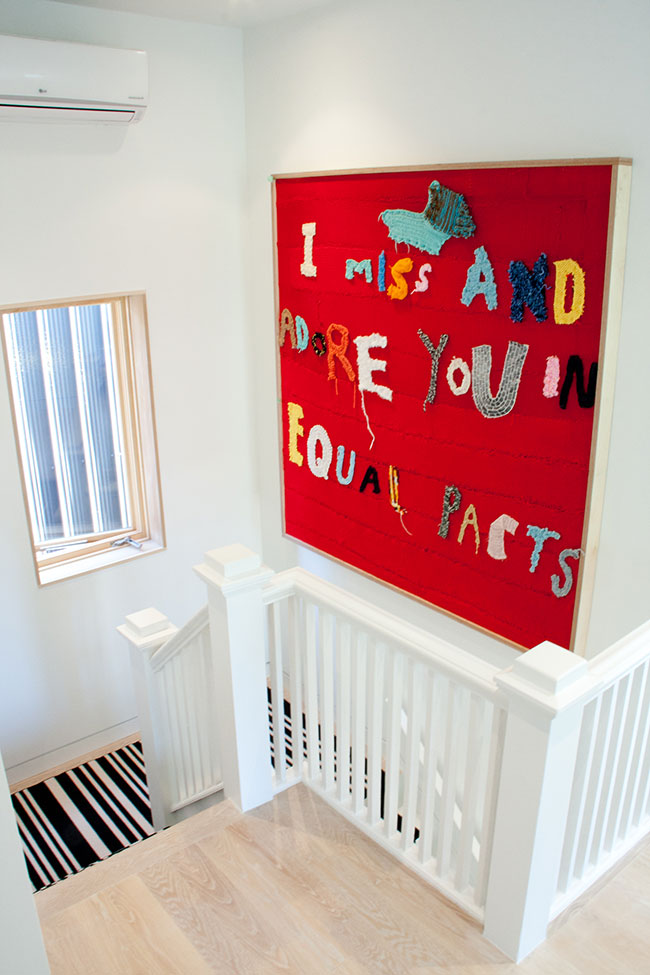 Solares made sure to allow the family’s character and style to shine through – the wife
and mother, an interior designer, worked closely with Solares to design unique and funky
interiors. Bold colourful art pieces are well-displayed on the crisp white walls, complimented by the light-coloured hardwood floors and unique statement furniture pieces.