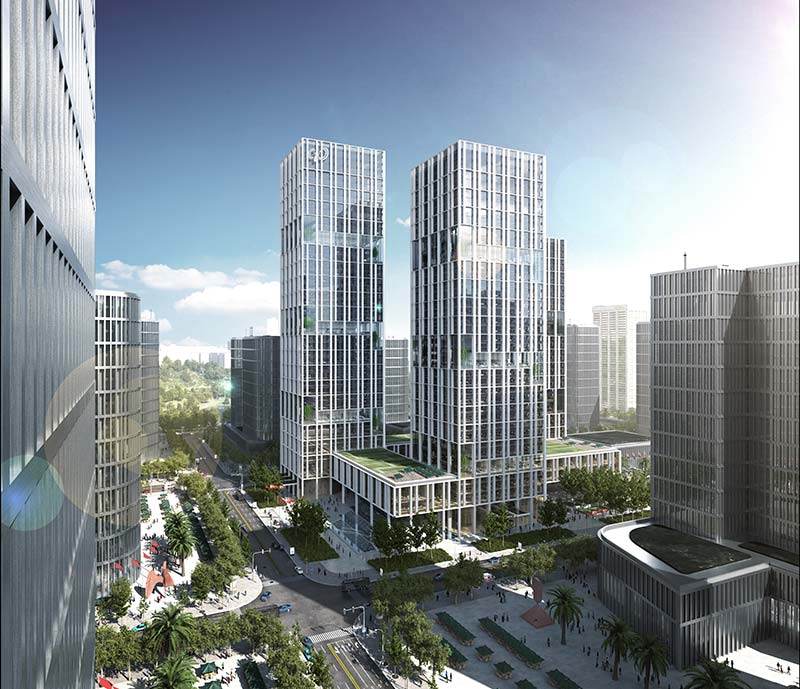 New headquarters for the 4,000 employees of CNPEC, the power corporation, are being built in Shenzhen to plans by gmp Architects – von Gerkan, Marg and Partners. For the new building in Longgang, in the east of the southern Chinese metropolis, the company had invited prominent architects such as OMA (Rotterdam), KPF (New York), Henn Architects (Munich) and other international practices to take part in a competition, in which gmp was selected as the winner. 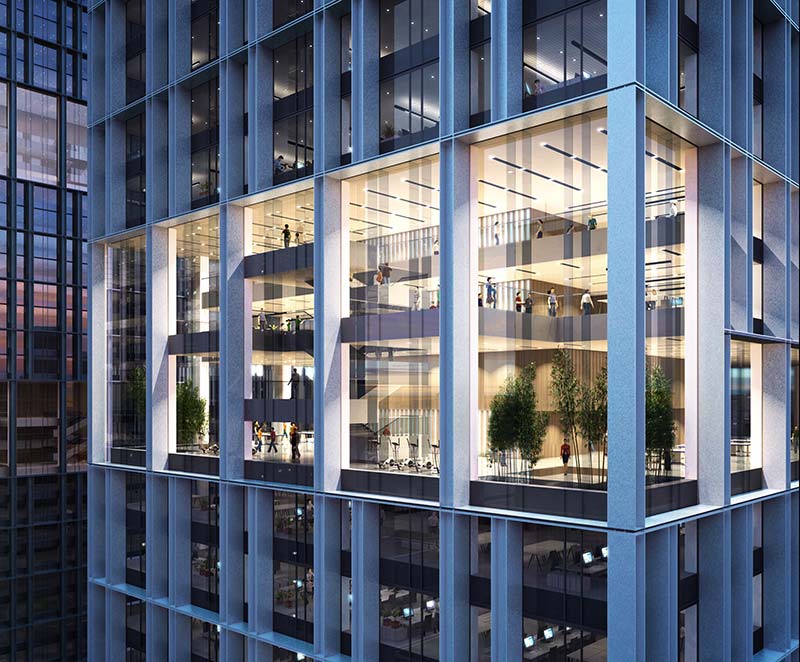 The design for the site, which is one block in the strictly orthogonal road grid in the Baolong Industrial Park, provides three high-rise buildings and a plinth-type podium which has been arranged around a central garden. 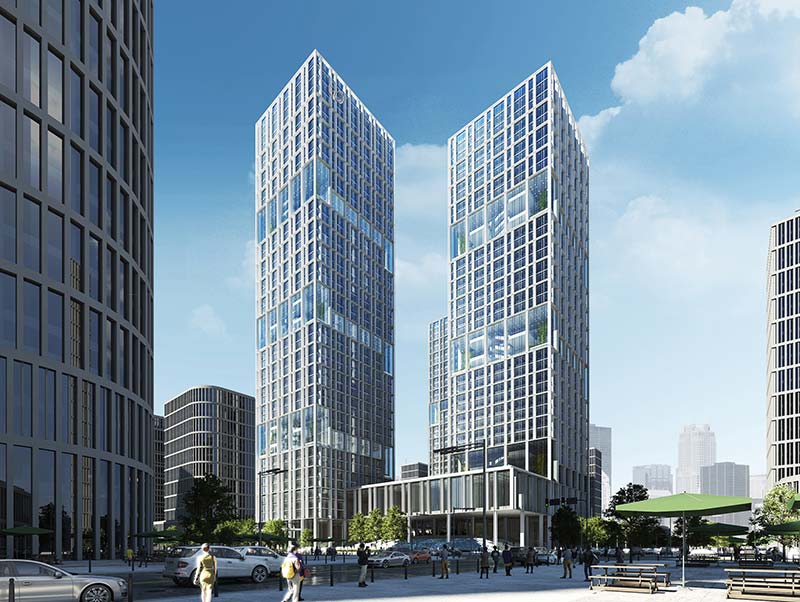 This garden landscape, which features palm trees and bamboo plants, and extends over two levels, is the spatial and atmospheric core of the design, and – with its footpaths crossing the development – is open to the public. Wide staircases between the foyer areas of the high-rise buildings lead up to the garden level, beneath which service functions and all circulation routes have been accommodated, including a large bus station as terminal for the company’s employees. Above the podium, a three-story ring-shaped structure links the three high-rise towers. This provides the space for shared functions, including the canteen and conference area, and also serves as a colonnade-type framing for the landscape area in the center. As the roof levels of the plinth building will be planted, this entire area will appear as an urban landscape with many different levels, providing a pleasant view, particularly from the offices and laboratories. 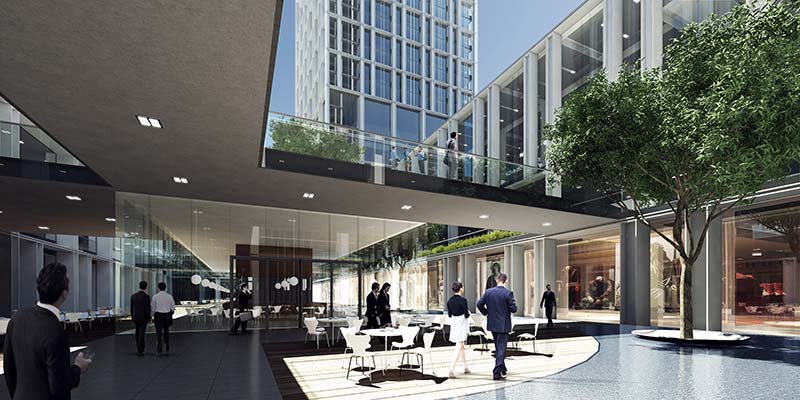 The three high-rise buildings are different in height and have been positioned on the site in a way that allows open views from all work places while also creating a distinct and unique skyline when seen from a distance.

The vertical design of the façades is determined by the pattern formed by the loadbearing components and the ventilation elements, which are used for natural ventilation. Horizontally, every other floor is visually combined with the one above, thus creating a scaled structure with a certain sculptural depth which gives the ensemble a characteristic identity. 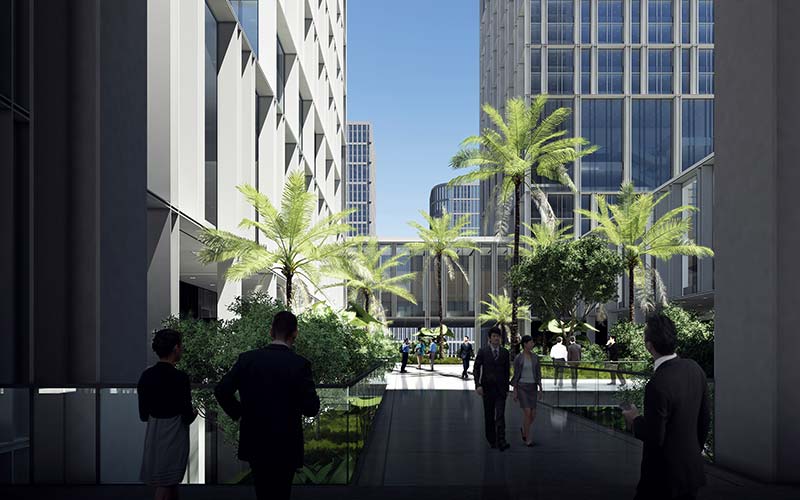 As a special feature, the design includes “sky gardens” at different levels, which are organized across four stories. These are used to turn the intermediate floors, which are required for service installations, into spatially attractive zones for recreation and meeting/communication. These zones include smaller canteens, sports areas, libraries, and lounges as additional shared facilities for the employees. In this way, the company policy, which is strongly focused on the needs and well-being of the employees, is reflected in the architecture.