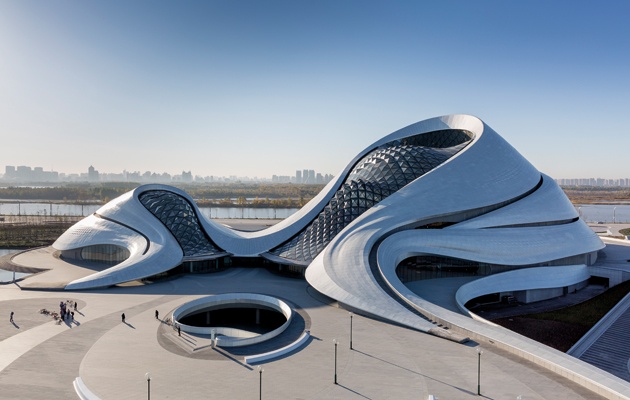 Ma Yansong’s extraordinary cultural complex in the Chinese city emerges from the wetlands of the Songhua river like a coiled reptile, says Julian Worrall. And it only gets more life-like the closer you get …

The building first appears as a faint outline glimpsed through a stand of birch trees. A white, undulating form condenses out of the haze, dully gleaming in coiled repose from across the wide banks of the Songhua river, like some alien craft or gigantic reptile, complete with head, limbs and tail. Something seems to be wrong with the scale – perhaps it is the little trees planted around the base that make it loom impressively over the landscape; perhaps it is the mist that makes its volumes seem implausibly extended into a soft middle-distance. But as we get closer the illusion does not dissipate. This is big! And, as we make our final approach towards the head of the beast, the form appears to rise up, sweeping its arms around to embrace our vehicle, beckoning us down into the dark gullet of the parking garage. We have arrived at the Harbin Opera House.

The latest and most spectacular project by MAD, the Beijing-based practice founded and led by Ma Yansong, the Harbin Opera House (also known as the Harbin Cultural Centre) is the centrepiece of an ambitious new “culture park” in the city of Harbin. The complex houses a 1,600-seat Grand Theatre and a 400-seat Small Theatre. The former offers all the usual paraphernalia of fly tower, deep pit and cavernous backstage spaces for large-scale musical and theatrical performances; the latter has flexible seating for a variety of productions, from stage plays to chamber music. The container is ready; all that is needed is content. […] 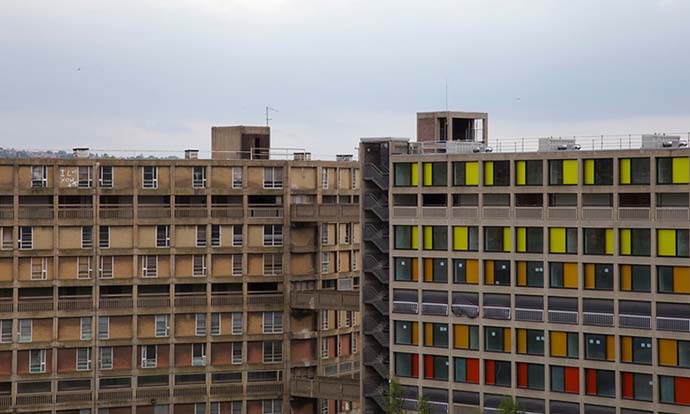