I was worried there for a minute. Who’d kidnapped K. Michael Hays and what had they done with him?

I was watching a man on my computer screen who looked a lot like Hays as he gave the introductory remarks in the first online course offered by Harvard University’s Graduate School of Design, where he is the Eliot Noyes Professor of Architectural Theory. The free course, which launched in February on edX, the online portal founded in 2012 by Harvard and the Massachusetts Institute of Technology, is called “The Architectural Imagination.”

Billed as “an introduction to the history and theory of architecture,” it’s part of a growing collection of arts and culture courses online, from both universities and tech startups, that in a few weeks’ time will include a master class by Frank Gehry. That one will cost $90.

The Hays lookalike on my monitor was wearing a loose outfit of black on black (naturally) and standing beneath the sloping glass ceiling of the Graduate School of Design’s Gund Hall. He was asking us to look at a pair of photos that had just appeared on the screen. At the top was Ludwig Mies van der Rohe’s Farnsworth House in Plano, Ill. At the bottom was the Parthenon.

He was doing so lucidly, with real clarity and ease. He was comfortable in front of the camera. I scribbled in my notes, using Hays’ initials, “KMH is pretty good at this!”

This is where I began to suspect foul play. The Hays I know — the Hays I’ve seen give lectures and interview architects onstage and whose essays I’ve tried again and again, in headachy attempt after headachy attempt, to hack my way through — is not known for an especially accessible or public-minded sensibility. Instead he represents an approach to teaching architecture and architectural theory that has held sway in the American academy for at least a generation. […] 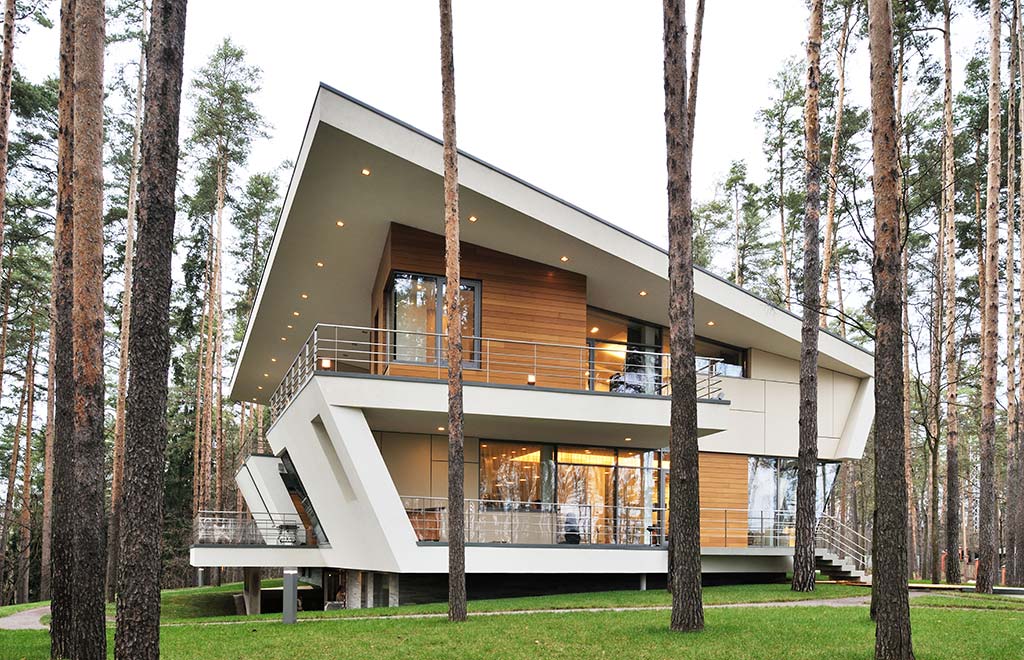 September 15, 2015May 14, 2017
0
This house was designed for a young couple with a child. Their only wish was to have a contemporary piece of architecture.