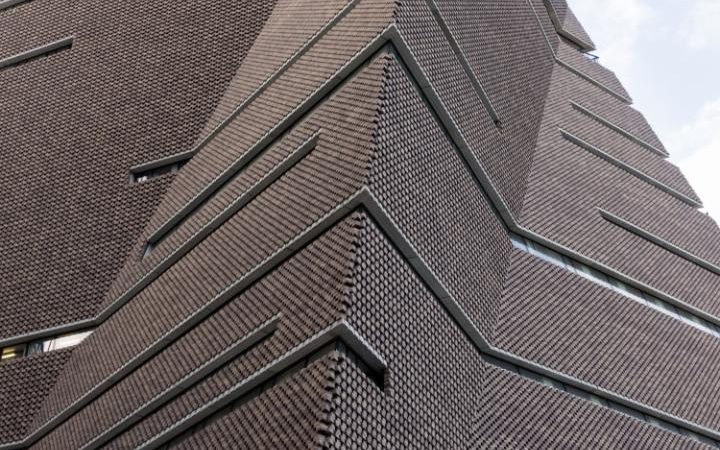 With his long-term architectural partner Pierre de Meuron – the pair have known each other since they were six years old, and set up their studio in 1978 – this determination to create a bespoke solution for each project the studio undertakes has made Herzog & de Meuron into international architectural superstars. There is no house style. A 2003 Prada store in Tokyo was configured as a crystalline structure that’s as close to a garment as a building, and as much about culture as commerce. The glorious tangle that is the Bird’s Nest stadium, dreamt up with Chinese artist Ai Weiwei for the Beijing Olympics in 2008, provided an innovative icon for a games badly in need of one.

Now at the Tate Modern, a new tower of open brickwork twists up from the ground, while melting into the existing building that the practice had reconfigured as a museum in 2000, though it had originally been designed by Giles Gilbert Scott in 1952 as an electricity power station. “Our initial idea for the new building was a stack of glass boxes,” Herzog explains of the extension, which will more than double the Tate’s gallery space. “But that was not at all transparent. The perforated and inclined brick walls we’ve used are permeable, and the way we’ve used them makes them more like knitwear, or mesh.”

Indeed, the porosity reaches its apotheosis on the 10th floor, where a 360-degree viewing platform is open to anyone – not just art lovers – who cares to travel up in the lovely, capacious lifts. “I don’t want to sound like the great moralist, but we do think about that – where’s the public access? How many people get to use this building?”

I’m sitting with Jacques Herzog at the company’s Basel HQ, at an imposing oak table in a separate building known as ‘the villa’. It’s a handsome turn-of-the-century house with oversized doors and a surprising silver-painted wall that goes up the stairs, and looks like something from a high-spec hippy squat.

It’s here that the directors have their offices, while the rest of the staff are distributed in smaller spaces around the site. Though there are now 343 staff in Basel (422 in total around the world), the scale of the Swiss operation only becomes apparent when employees flock to the communal kitchen every morning at 10am, to devour toast and fruit, the smell of fresh coffee permeating the main building. […]