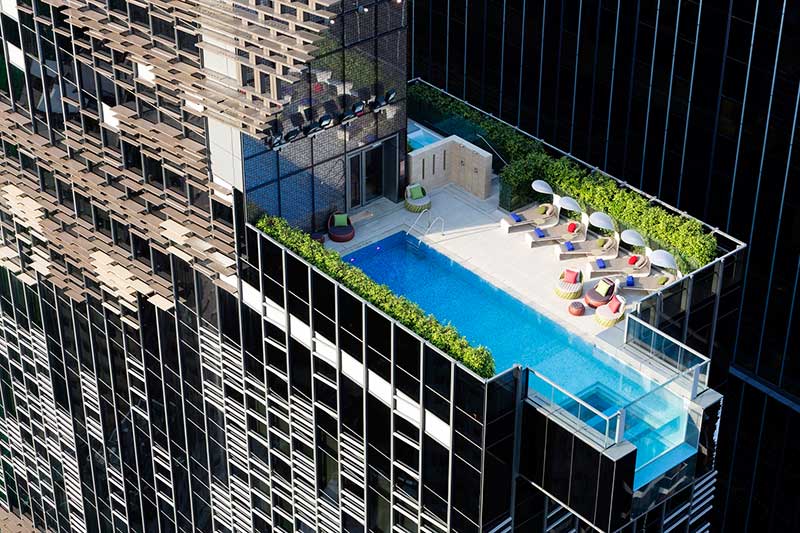 Some of the most fulfilling designs are those embedded and contextualised in the local culture. It was Aedas’ intent from the outset to reflect, in architectural expression, the vibrant nature of Asia, Hong Kong and Wan Chai. The design of Hotel Indigo Hong Kong Island provides legibility at both the city (macro) and human (micro) scale. 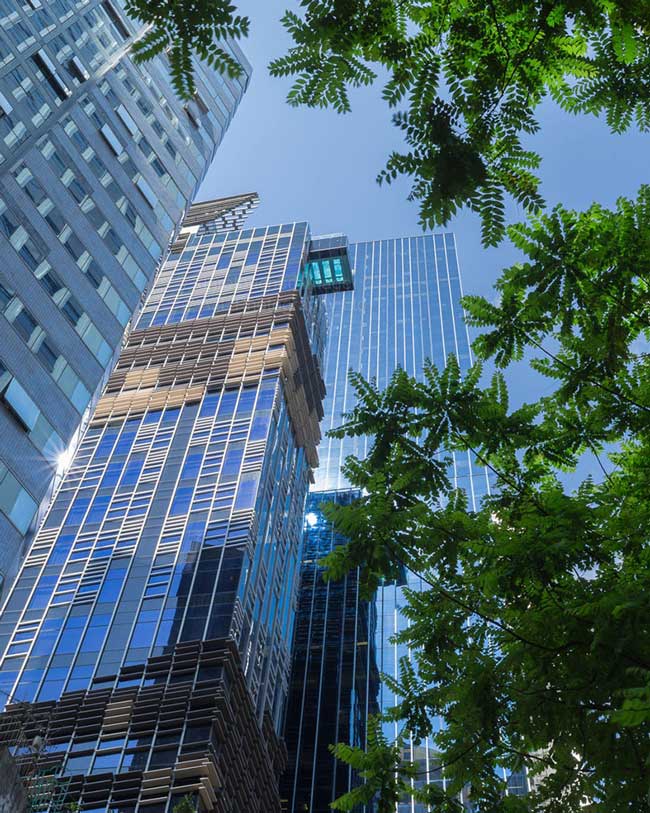 Without the restrictions of a pre-conceived outcome, the initial massing concepts for the hotel were analysed using a solar/lighting programme. The orientation of the principle volume and the shading effect of the neighbouring buildings created a distinct pattern of sun and shade on the elevations. Aedas utilised this valuable information to create a unique external shading device that provides selective and intelligent screening only to where the building needed it most. The resulting pattern created a distinct sweep around the building and Aedas expressed this through the application of burnished bronze solar fins to the outside of the crisp glazed facade. The resultant form is associated with the image of a dragon wrapping the building, further rooting the building into the culture and traditions of Asia. The dramatic glass bottomed cantilevered pool on the roof top, shimmering at night, is considered to be a gleaming pearl often associated with the Chinese dragons. 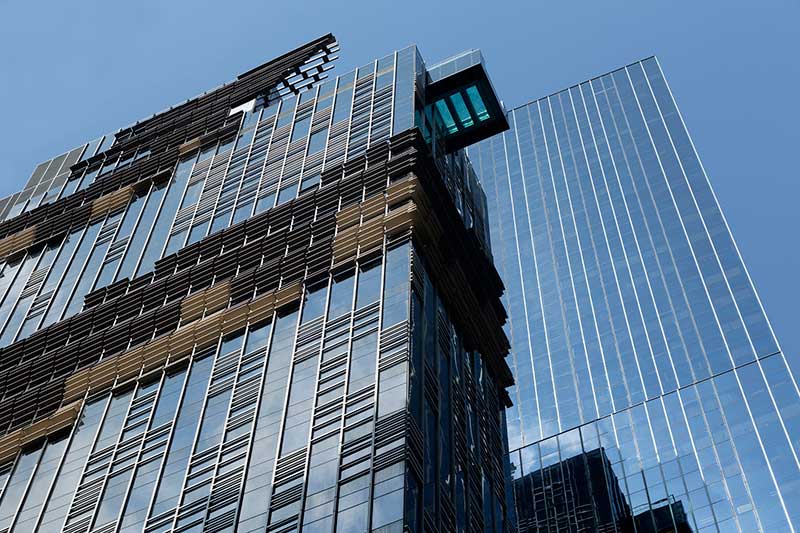 On a city scale, the idea of the wrapping dragon reaching for the pearl is incredibly strong and creates a unique addition to the sky-line of Hong Kong. Intelligent and concealed subtle lighting to the solar fins allows the dragon to literally shimmer at night. 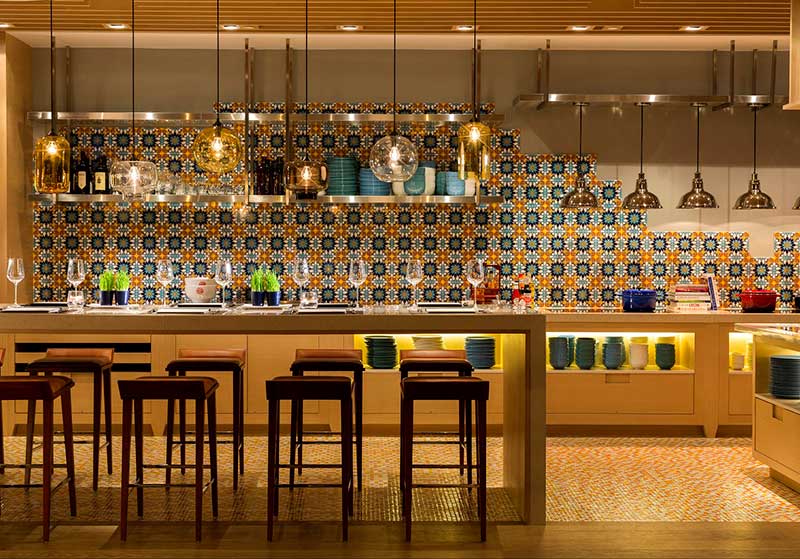 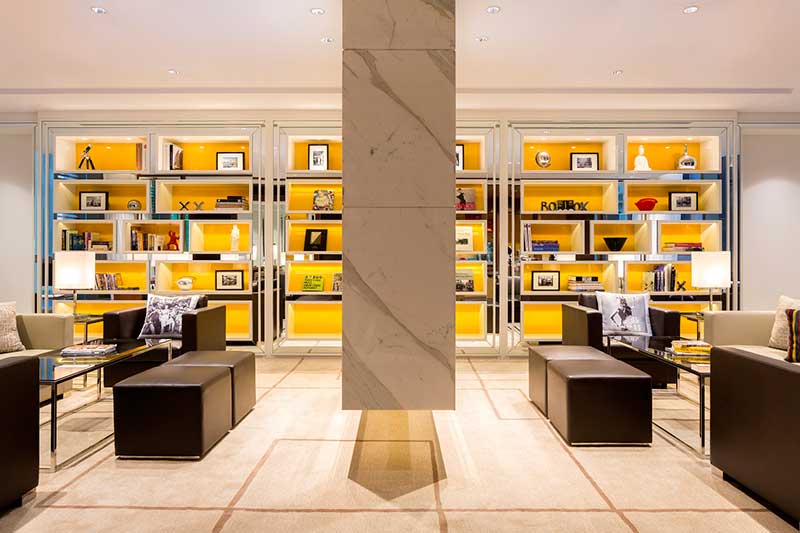 Between the picture frames, facing Queen’s Road East, is a modern interpretation of the Chinese tea-house. The tea-house is accompanied by a serene sunken garden, providing a moment of tranquility in the bustling context of the hotel. The roof top pool and relaxation area are similarly designed to provide an oasis within the city.

Named the Best Hotel Architecture in Hong Kong at Asia-Pacific Property Awards 2013, Hotel Indigo Hong Kong Island is recently opened to welcome guests from all around the world.