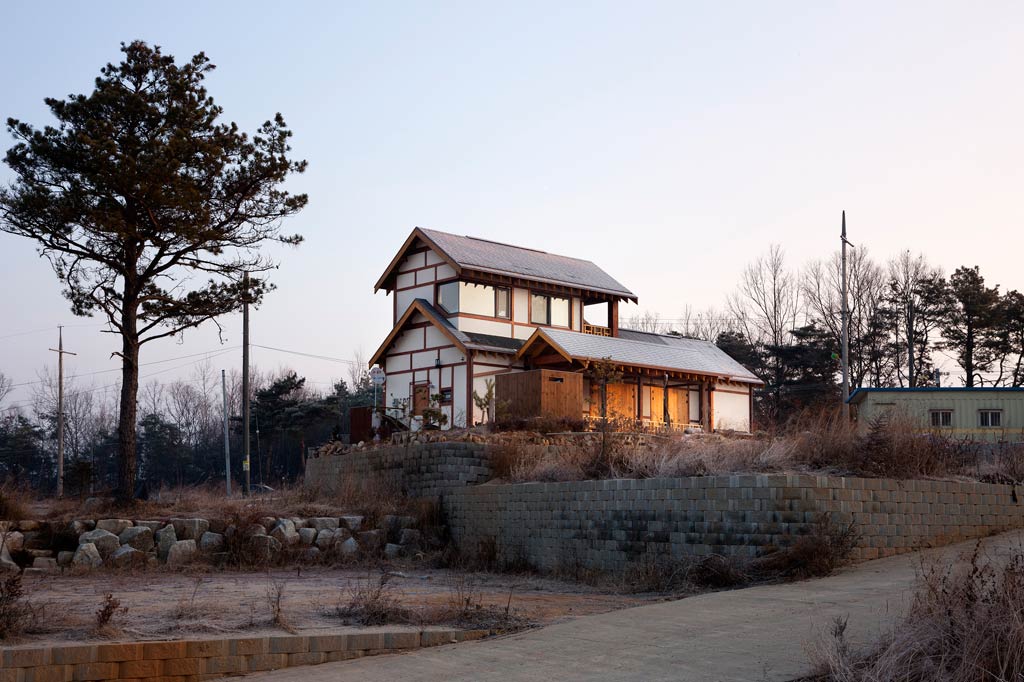 Like returning time, the owner of the house found a site to build a house for the three-generation family to reunite.

Architect’s statement: Yeoju is a small city which is close to Seoul. Driving along the highway, there is a fair-sized village made by a religious group. Going through the village is the only way to go to Jeokgeum-ri, Yeoju, and that village is full of numerous yolk color concrete Hanok (an imitation of traditional Korean-style house, built in concrete). 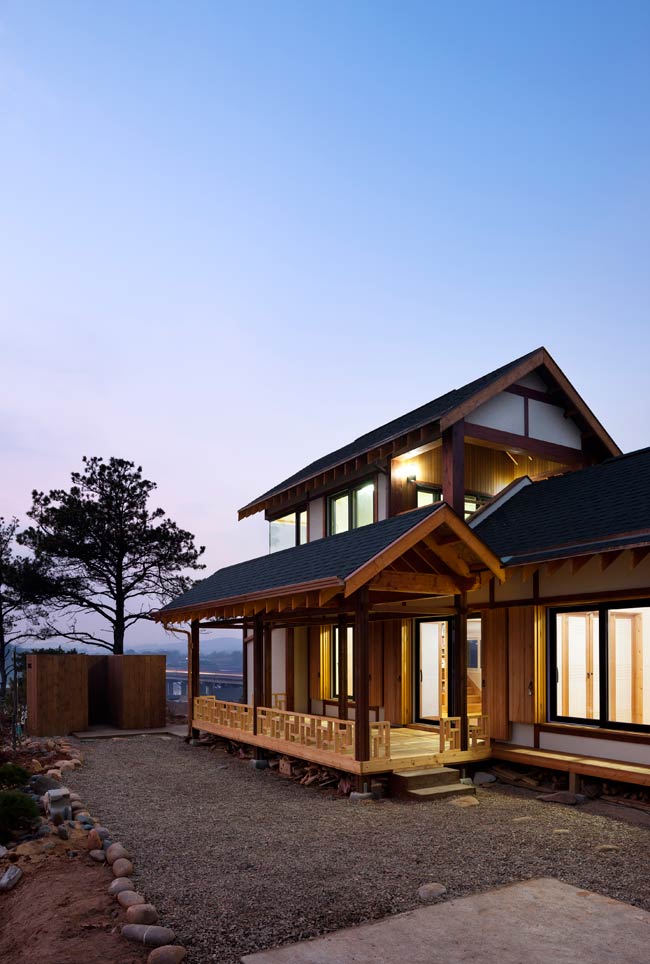 People are wearing modernized hanbok – korean traditional clothing -, pacing around with a water-transparent face. The village seems to be in a stagnant time. That is why the way to the site feels like going through a cave with peculiar smell and reflected sound, to go to another world in a different level. Passing by the village, the street becomes a normal country road. A sturdy structure as a residue of a grandiose hollow commotion named ‘Four Major Rivers Project’ can be seen far in the distance. And inside, there is a new-born town, mountains raked out and fields filled up for people to build houses, land drawn lines and lands flattened. We built a house inside. 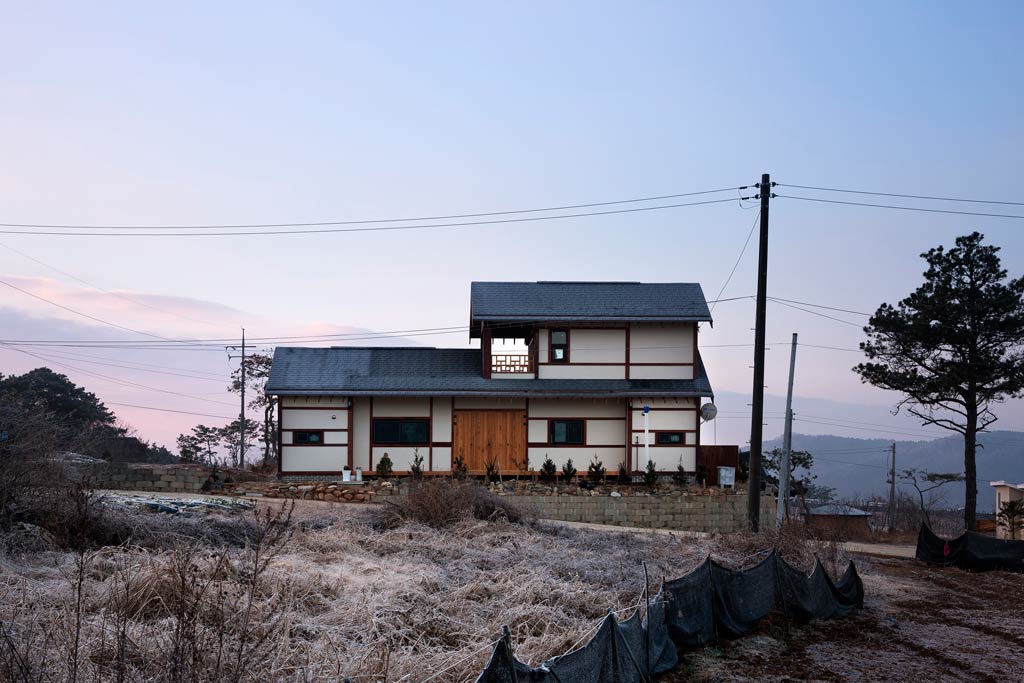 ‘House for family reunion’. This is the only sentence for this house. Korean representative calligrapher Junghee Kim, Chusa, left a famous phrase when he was 71. “大烹豆腐瓜薑菜, 高會夫妻兒女孫 : The best food is tofu, cucumber, ginger, and greens, and the best meeting is husband, wife, son, daughter, and grandchildren.” It is an expression of the simple and clear enlightenment that the happiest moment of life comes with family. It is the reason why the name of the house is ‘Go-hue-jae(高會齋, House of happy meeting)’. 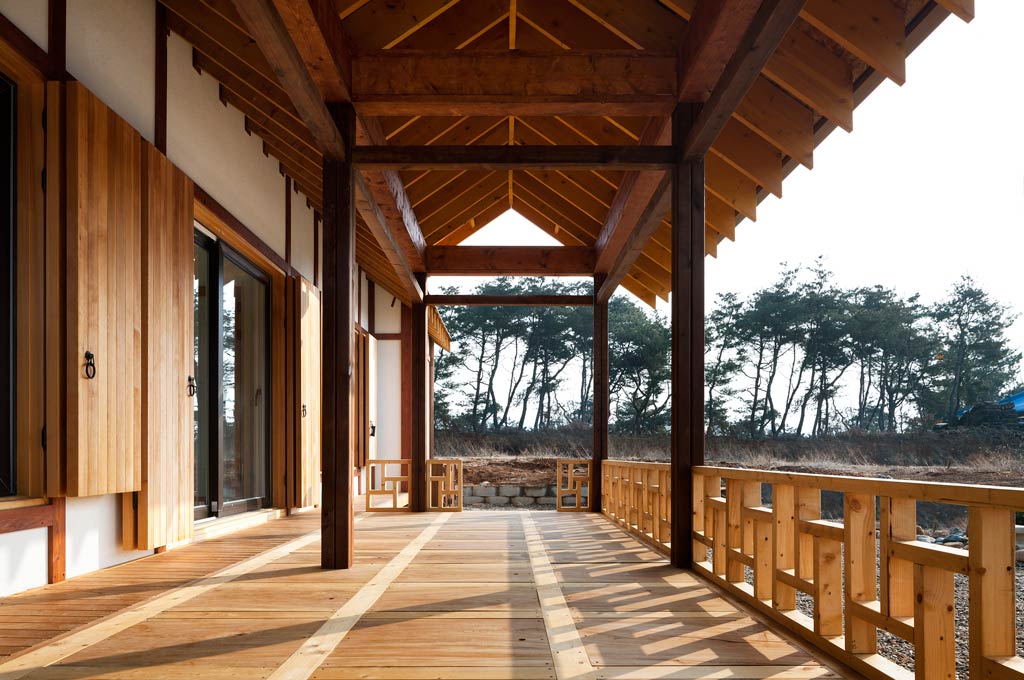 Like returning time, the owner of the house found a site to build a house for the three-generation family to reunite. In the East, especially in Korea, a family meeting in holidays or memorial ceremonies looks like an old habit or an effort not to forget each other. That is why we go home for holidays and come back after a while, no matter how it’s tough to go.

We think about what the family is at that moment. Is it a necessity, or a duty? Or an absolute premise than any other thing? To gather a family with three generation, we needed to put three houses in a house. It is a single house for one family usually, but it has to differentiate when they need. 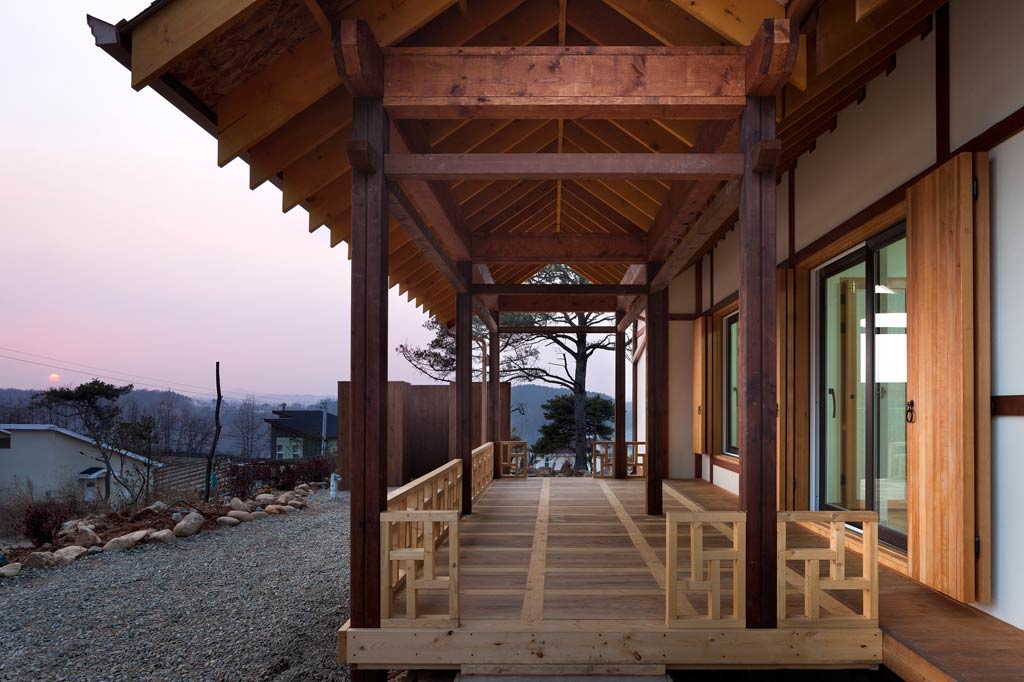 There was a legal restriction in the site that one floor couldn’t be more than 53㎡. Of course, it was a simple solution to build a multi-story house to widen the area, but the owner wanted a small house around 66㎡. So to speak, he wanted a single house which is small-large. 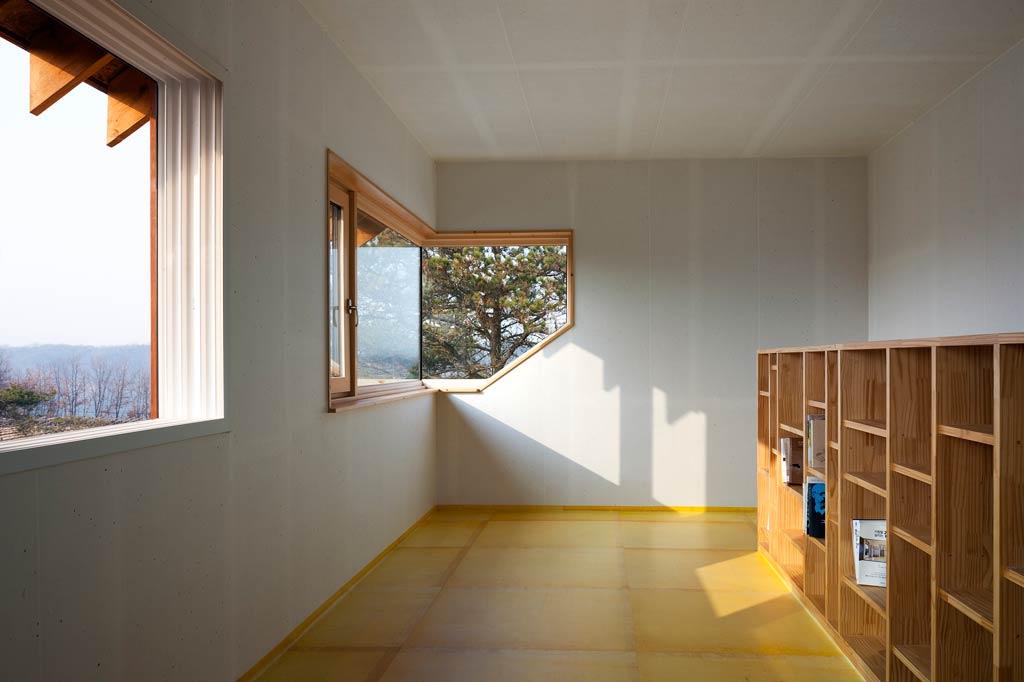 We became both competent ruler and calculator to play numbers game. To make a symmetrical room for each side of the house, we made a long square and divided it. And we let the hall in between the rooms. The minimized bathroom and kitchen was put into the both ends. The basic module was limited to 3.3 meters, and the wall which isn’t wide became receipt space. In the module, we put a 20㎡ room on one side, and on the other side, we put an attic which is not included in building code. After stretching out a floor in front of the hall, we put up an awning which shape is borrowed from Yunkyung-dang Sunhyang-jae, a house in Changduk-gung, to finish the house. (Changduk-gung is a Korean palace, built in 1405.)

Going into a house to gather with family, means that you’re going into an absolute, stationary time. Tough daily life with exhaustion and conflict disperse, and the time will stop for a while like a nap time in a shade.