How Snohetta is rewriting the rules of global architecture and landscape 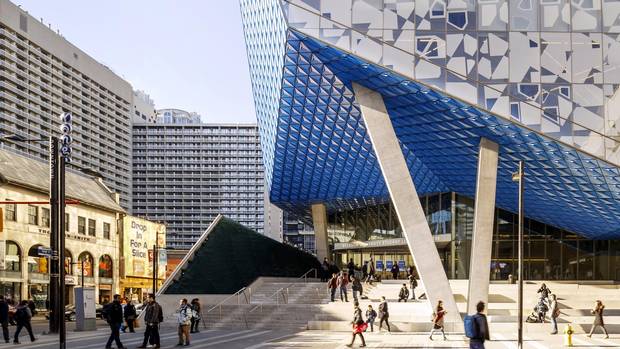 What is Craig Dykers doing in the corner? It’s a week before the opening of the new Ryerson Student Learning Centre in Toronto, and Dykers, its lead architect, is touring its most dramatic space: Nicknamed “the Beach,” it’s a cavernous, two-storey room whose floor slopes down through a zigzag of wooden terraces. It’s studded with angled columns and its glass façades are printed with a pattern of twisted polygons.

Yet Dykers, of the firm Snohetta, is focusing his attention on a small nook where a bench meets the wall. “I think people are going to gather here,” he says. “This is a natural landscape more than a room, and people will find their own places.”

Natural? This is the crowded, grimy centre of downtown Toronto, and the 155,000-square-foot building doesn’t resemble anything in nature, except perhaps a giant block of ice that’s melting at the bottom.

But its formal and ornamental splashes serve a human purpose. “In the building, you get the feeling of change everywhere you go,” Dykers tells me later. “And that’s part of a learning centre: Getting people to move, to be active, to not notice their world is expanding.”

This is Snohetta’s work: Design that makes you think. Led by Dykers in New York and Kjetil Thorsen in Oslo, the firm works in architecture, landscape architecture, graphic design and branding. And in the past few years, they’ve quietly become one of the world’s leading design firms. They have more than 60 ambitious projects under way, including Calgary’s New Central Library and an expansion of San Francisco’s Museum of Modern Art. […]