How To Ensure IoT Security In 2022

The IoT (Internet of Things for the uninitiated) is one of the hot and happening topics in the technology realm today.

Put simply, IoT represents the network of smart devices communicating with each other using the internet. Though a simple concept, IoT technology has opened the doors for a host of new opportunities in the business as well as consumer sectors.

But predictably, there’s a cloud to this silver lining.

It’s also one of the most vulnerable attack surfaces from a cybersecurity point of view. With a rise in the number of devices connected across industries and applications, the risks regarding IoT are manifold.

So, how can you protect your IoT networks and devices from being breached? The question, though ominous-sounding, can be answered by following a few simple practices. And today, that’s exactly what we’re going to talk about.

Let’s get to it then. 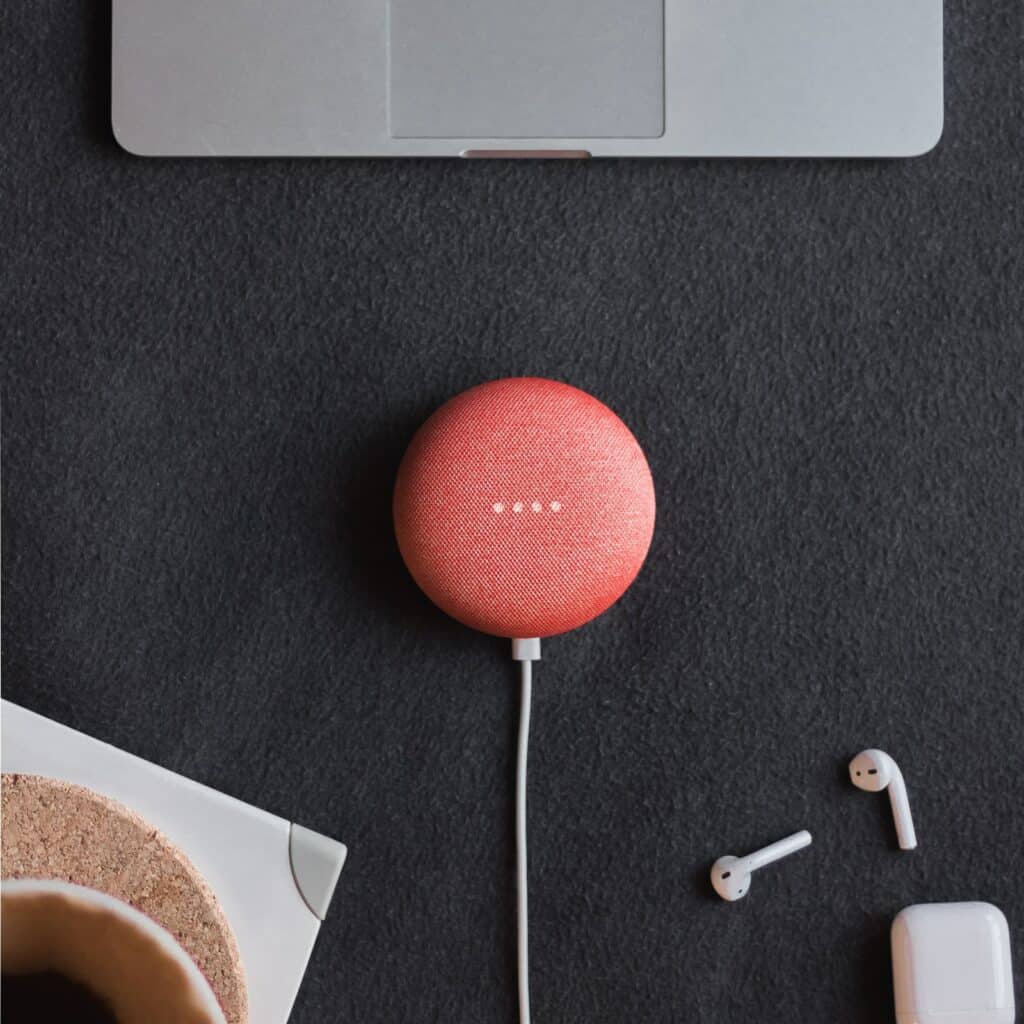 IoT – The Way To The Future

Without a doubt, the Internet of Things is going to play a major role in interfacing devices of the future. Already, with the advent of smart home assistants and wearable devices, the market for consumer IoT is booming.

But it doesn’t stop there; IoT is also being put to significant use in multiple industrial and manufacturing processes. From delivery bots to logistics automation, IoT is all set to play a critical role in the industrial landscape of the future.

Naturally, as more and more devices get connected to the IoT networks, the complexity of the system is going to increase. By its very nature, the internet is an unstructured network. And with IoT, the haphazardness of the system will increase.

This begs the question: how can we ensure that such an unstructured system continues to operate with integrity and privacy?

This is where the question of IoT security comes in. With everything from your smartphone to refrigerators communicating with each other, IoT systems involve a considerable amount of data interchange. And most of it happens over wireless channels.

So, there are necessarily two points of concern in any IoT security system: the number of devices that are connected, and the channels using which they exchange data. Any lapse in the security of either component can result in a breach.

And once an IoT system has been breached from any entry-point, potentially, the entire network can be compromised. Perpetrators can, in theory, gain access to your banking details stored on the smartphone by hacking into your music system.

Sounds like science fiction, right? Well, it actually isn’t. And the impact of such breaches can be far-reaching. In the case of personal data, this can result in identity theft and monetary scams.

In the case of industrial settings, the losses can be even more severe. Ranging from compromisation of business secrets to defacement of company websites, businesses can be crippled as a result of any IoT security lapse.

Therefore, it is of utmost importance that IoT systems are adequately secured against any breaches. In the following sections, we are going to take a look at some measures that can be taken to ensure precisely that. 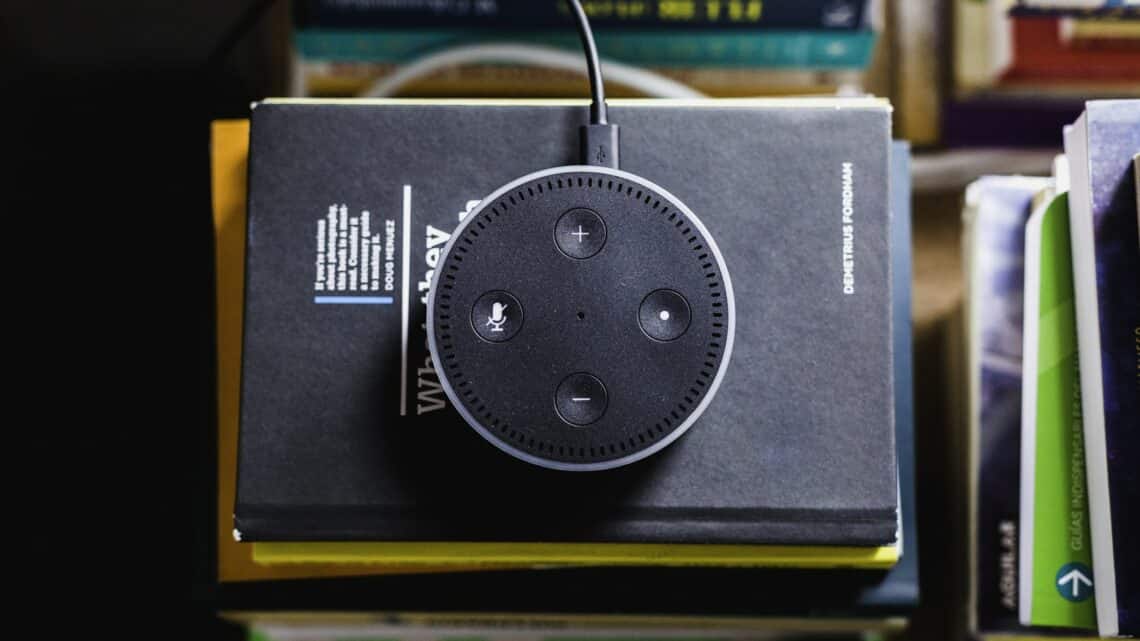 As mentioned above, in any IoT system, be it domestic or industrial, every device represents a potential attack surface. Keeping this in mind, it’s imperative that you take the required steps to ensure the safety of each connected component.

This is where the need for advanced security software comes in. By taking care to install, update, and maintain the security systems in each one of your IoT devices, you ensure their continued safe operation.

No amount of software can save your IoT network from errant users who keep their birthday as the endpoint password. Poor security policies such as lack of regular password changes, weak network firewalls, and unauthorized access can all lead to severe lapses.

Therefore, to ensure that your IoT networks don’t suffer from any of these shortcomings, you need to keep in place a robust IoT security policy. At home or in the office, make sure every user is acquainted with the practices required to maintain the system’s security. After all, a vigilant user base is essential to achieving continued IoT safety. 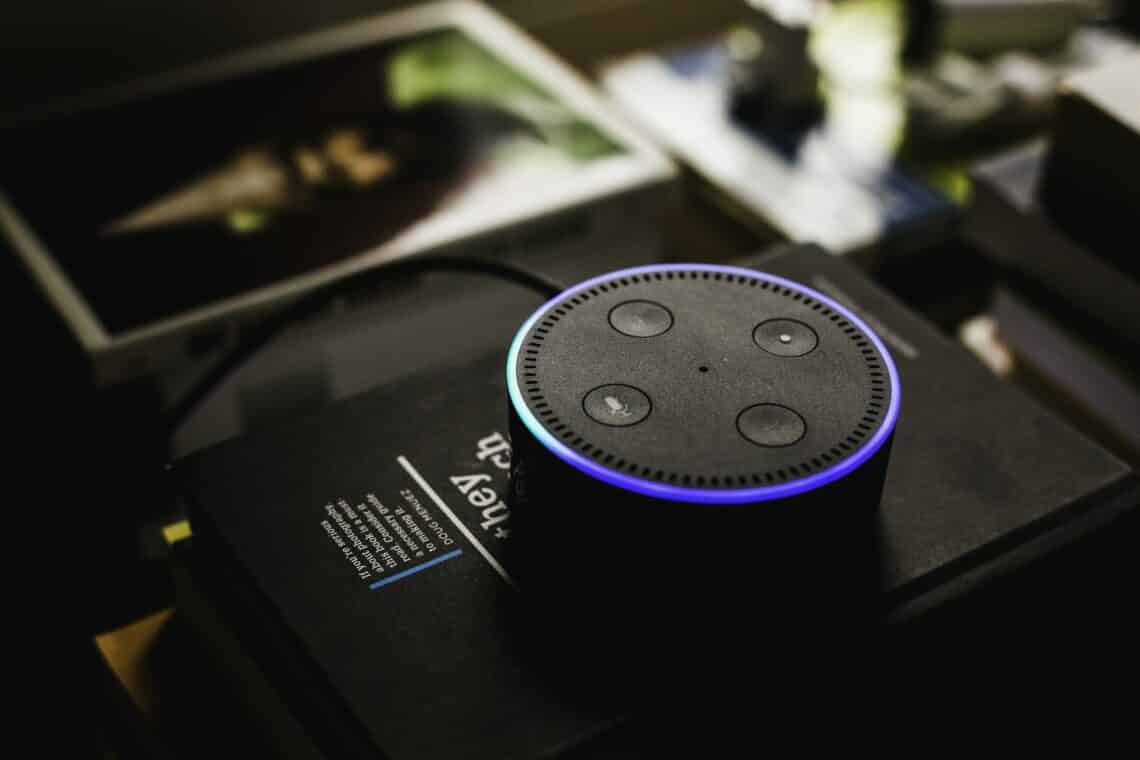 Permit Only The Essentials

In any IoT system, it’s expected that a large number of apps will interact with each other and exchange data. Also, these apps will be interacting with the devices they are installed on and may modify the data stored on these devices.

This can lead to anomalies that may be exploited by hackers. So, to ensure that your IoT network doesn’t fall prey to this, be sure to check the permissions you are granting to any application before installing the same. Don’t allow permissions that seem suspicious or unnecessary.

IoT systems are, at their core, networks consisting of smart devices exchanging data with each other. In fact, the smartness of the devices is based on the amount of data they collect about the system.

While this is a necessary part of the process, you need to understand that as the user, you need to keep special cognizance of the data collection process. What data is collected by a device? Where is it stored? How is the data used? Answering these questions will help you to set up a solid IoT security policy.

And that, in effect, brings us to the next point. 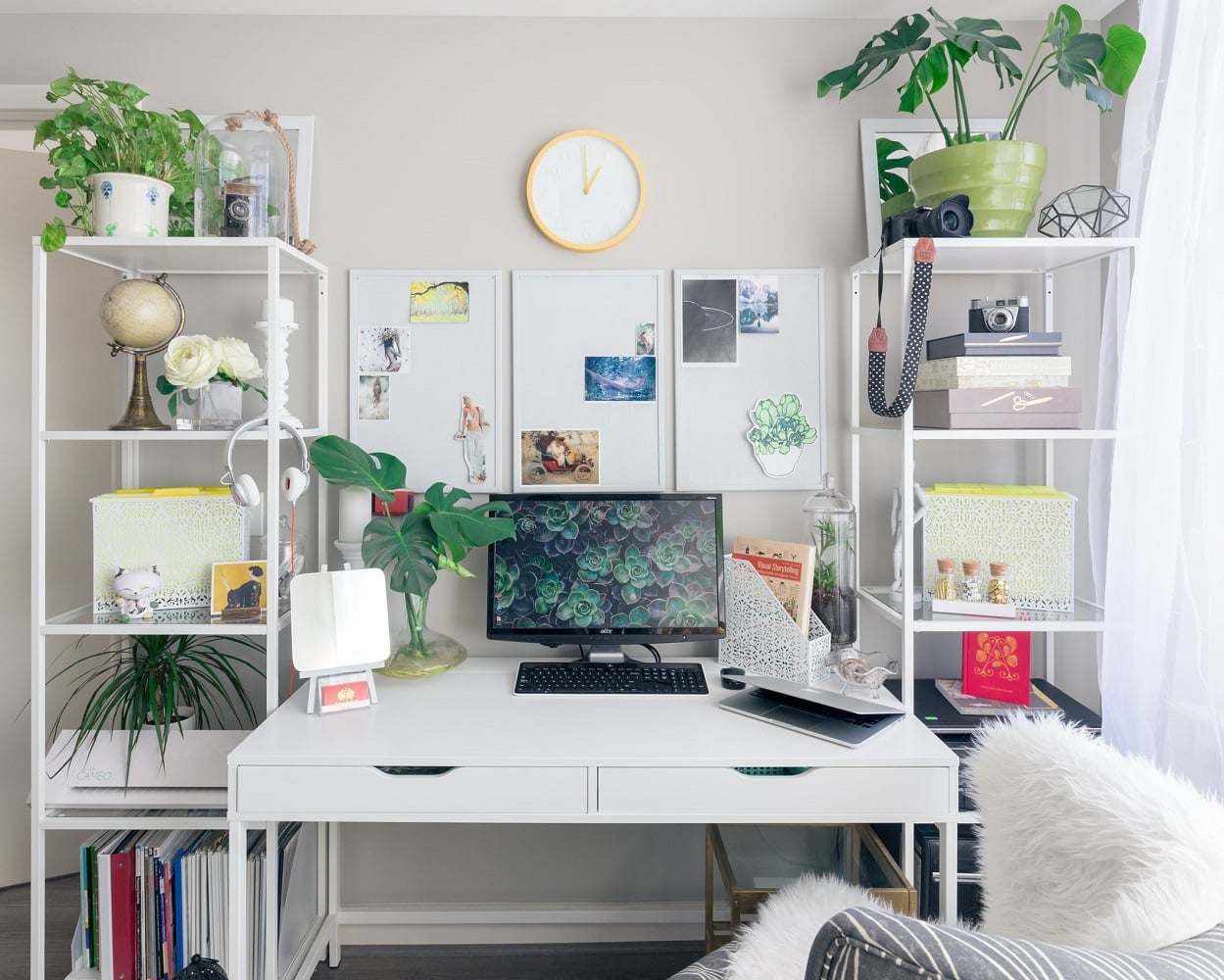 As you might have gathered from the above, IoT is all about data sharing between devices. Most of this is done wirelessly, which makes it very susceptible to breaches. Hence, you must ensure a protected path for your IoT data to travel through.

This can be done easily by setting up a VPN. A VPN, or Virtual Private Network, represents a logical, encrypted channel through which your IoT data travels. By using a VPN, you effectively hide your IoT data traffic from the rest of the internet. This protects the data from unwanted snooping.

Finally, when it comes to IoT security, there’s no substitute for continued vigilance. Be sure to keep up with all the best security standards and practices. Never miss an update, avoid communicating with your network over public WiFi, and use caution when sharing on social media.

Also, since your smartphone is probably going to be the hub of your IoT network, never compromise on it’s security. All the above principles apply to your smartphone with double the importance. Also, never leave your device unattended at gatherings; this’ll help to avoid social engineering attacks. 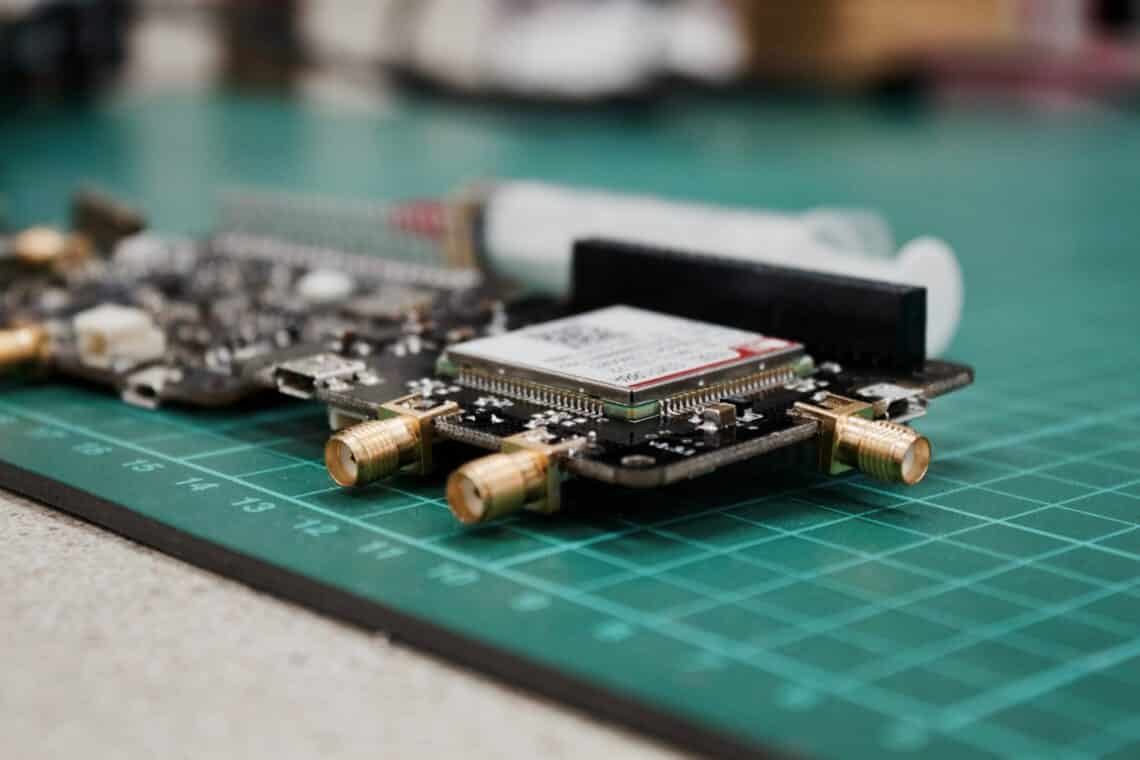 There’s no denying the fact that IoT has already arrived, and its presence is only going to become more and more prominent in our lives. However, at the same time, we need to pay special attention to the security of the IoT infrastructure.

Doing so is essential to maintaining our personal as well as commercial safety. By keeping the above points in mind, you can be sure that your IoT systems operate with integrity and privacy.