It’s hard to find much in the way of inspiration or direction from mainstream architecture these days. Indeed, the profession seems largely on the defensive, lurching towards a nervous breakdown, as big-name architects become global branding tools and conglomerates too big to fail.

To the general public they come across as arrogant and aloof with their lingo and fancy eyewear, hopping time zones, perennially jet-lagged, priorities skewed. President Xi Jinping of China called for an end to “Weird architecture” in 2014. French architect Jean Nouvel snubbed critics, supporters and the public by refusing to attend the opening of his own Philharmonic Hall in Paris last month, while a grumpy Frank Gehry announced that “98 percent of everything that is built and designed today is pure sh-t,” flashing a middle finger at a reporter who suggested that his own work might be mere “spectacle.” Rem Koolhaas waited until the Venice Biennale to humbly announce the end of his hegemony, “the end of my mythology, the end of everything, the end of architecture …,” sounding like Mr. Kurtz in Heart of Darkness, while Zaha Hadid defended herself against accusations of callous indifference to the plight of workers on her vulva-shaped stadium in Qatar. (Those accusations proved false — no workers were killed — but a 176-pound chunk of concrete did break off from her wildly cantilevered library in Vienna and crashed to the street below.)

Miami, meanwhile, forges ahead in its own translucent bubble, now bursting at the seams with flamboyant new buildings by many of the same architects mentioned above, who fly in briefly to leave their mark as construction cranes and cement mixers churn on every block. …. 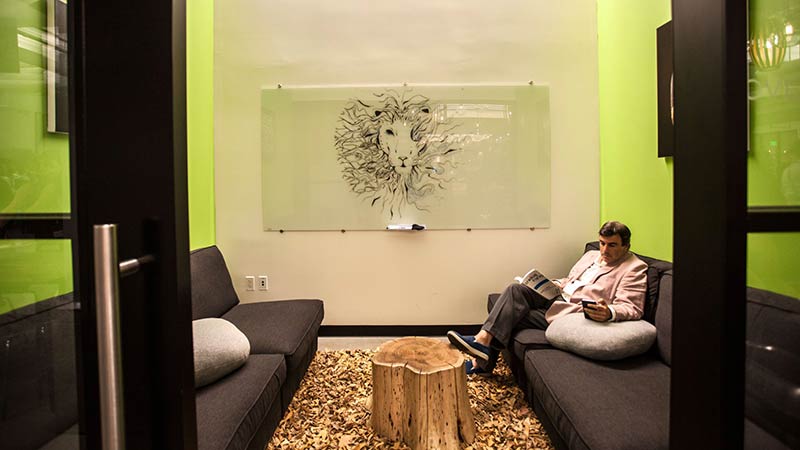 For a fledgling startup, finding an office in San Francisco can...

June 3, 2015
0
Office space is so scarce in San Francisco that startups are fighting to work at the mall