In 2011, Angelini Group decided to donate the necessary funds to create a center where companies, businesses and more in general, demand, could converge with researchers and state of the art university knowledge creation.

The aim was to contribute to the process of transferring know-how, identifying business opportunities, adding value to existing resources or registering patents in order to improve the country’s competitiveness and consequently its development. The Universidad Católica de Chile would host such a center and allocated a site in its San Joaquin Campus. 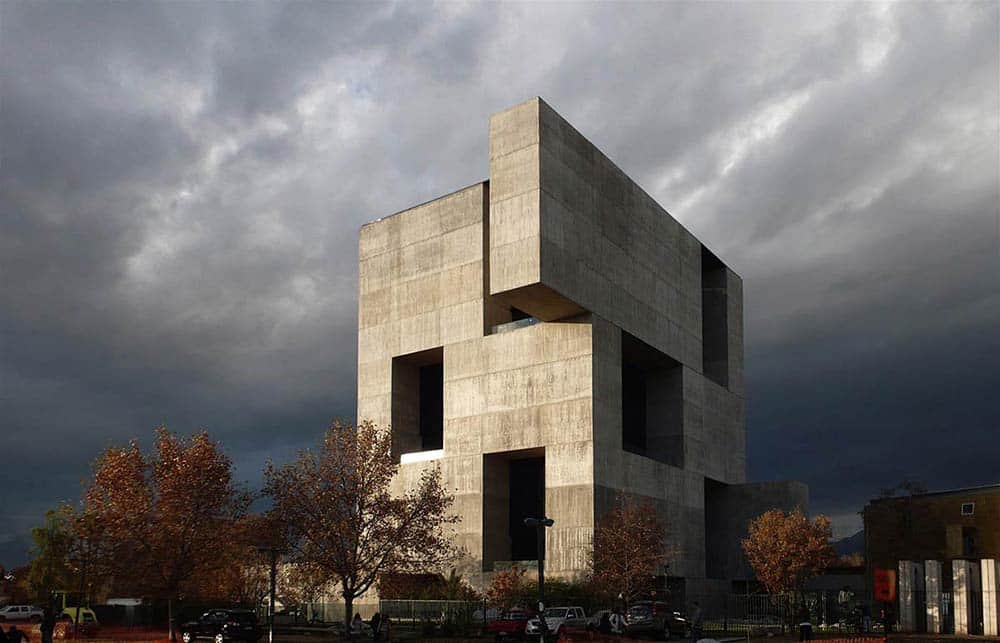 The proposal to accommodate such goals was to design a building in which at least 4 forms of work could be verified: a matrix of formal and informal work crossed by individual and collective ways of encountering people. In addition to that, we thought that face to face contact is unbeatable when one wants to create knowledge, so we multiplied throughout the building the places where people could meet: from the elevator’s lobby with a bench where to sit if you happen to run into somebody that has interesting information to share, to a transparent atrium where you can sneak into what others are doing while circulating vertically, to elevated squares throughout the entire height of the building. 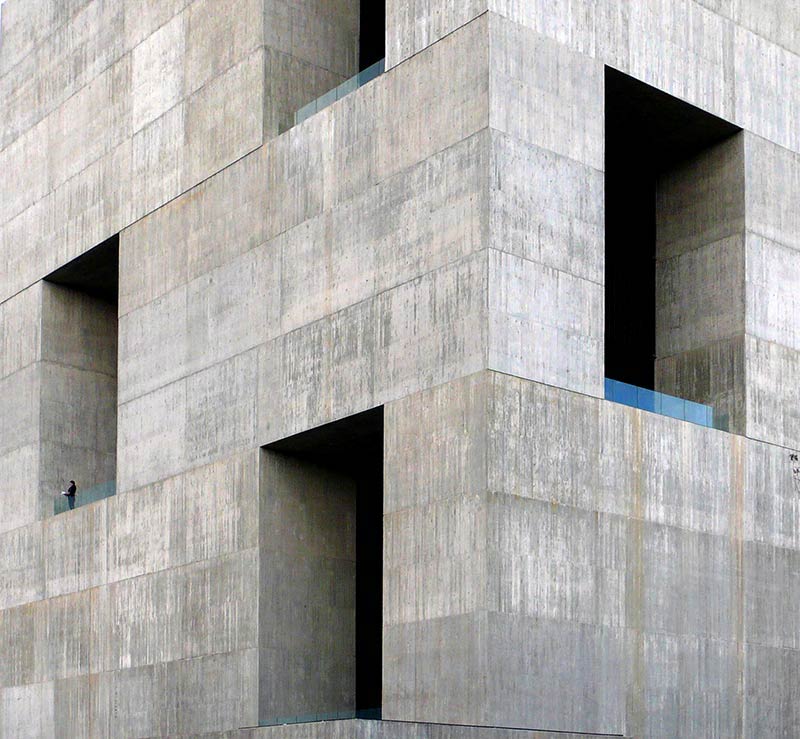 The reversal of the typical office space floor plan (replacing the opaque core with transparent curtain wall glass perimeter by an open core with the mass strategically opened in the perimeter) responded not only to functional reasons but to the environmental performance and character of the building as well. 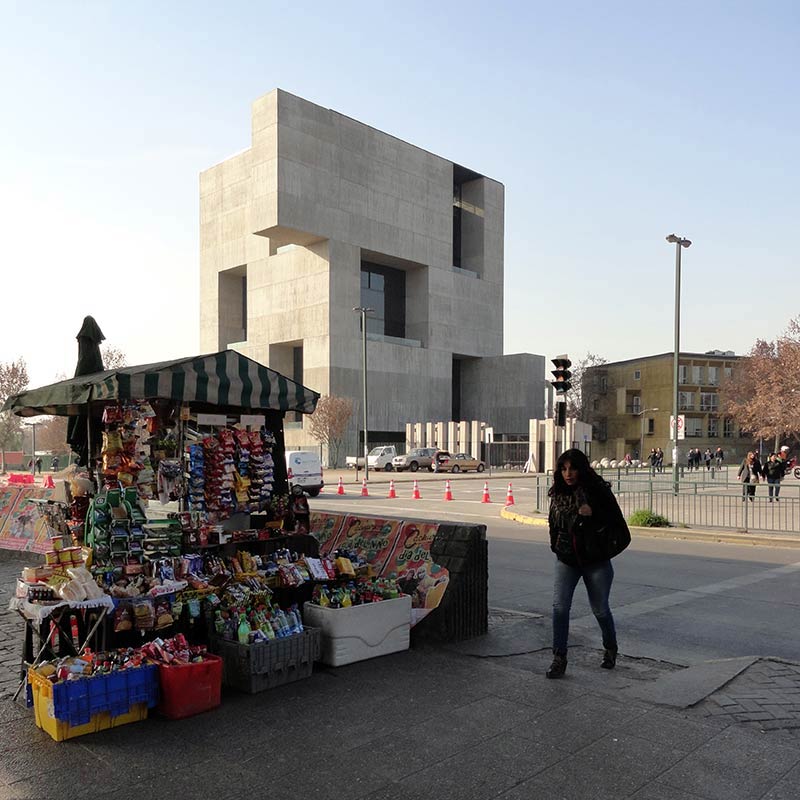 This building had to respond to the client’s expectation of having an innovation center with a “contemporary look”, but the uncritical search for contemporariness has populated Santiago with glass towers that due to the desert climatic local condition have serious greenhouse effect in interiors. Such towers spend a huge amount of energy in air conditioning. The way to avoid undesired heat gains is not rocket science; it is enough to place the mass of the building on the perimeter, have recessed glasses to prevent direct sun radiation and allow for cross ventilation. By doing so we went from 120 kW/m2/year (the consumption of a typical glass tower in Santiago) to 45kW/m2/year. Such an opaque facade was not only energetically efficient but also helped to dim the extremely strong light that normally forces to protect interior working spaces with curtains and blinds transforming in fact, the theoretical initial transparency into a mere rhetoric. In that sense the response to the context was nothing but the rigorous use of common sense. 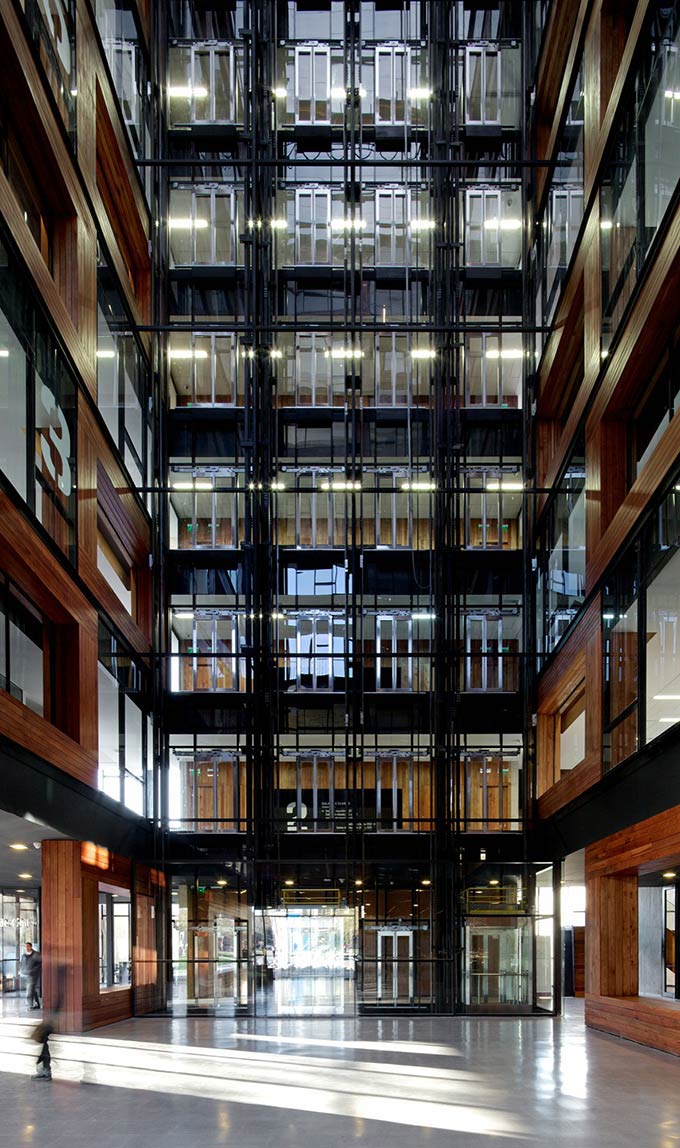 On the other hand, the biggest threat to an innovation center is obsolescence; functional and stylistic obsolescence, so the rejection of the glass facade was not only due to the professional responsibility of avoiding an extremely poor environmental performance, but also a search for a design that could stand the test of time. From a functional point of view, the best way to fight obsolescence was to design the building as if it was an infrastructure more than architecture. A clear, direct and even though form is in the end the most flexible way to allow for continuous change and renewal. From a stylistic point of view, Elemental thought of using a rather strict geometry and strong monolithic materiality as a way to replace trendiness by timelessness.