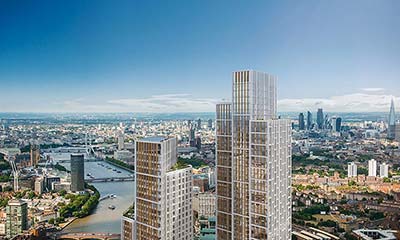 Giant luxury towers (with their own karaoke rooms) to spring up around the city as eastern investors look to Britain. But residents fear deals will force them out

The tallest residential tower in western Europe faces off against the biggest business park in the UK, while Thames-side towers offering “a brand new level of luxury” compete with the largest new entertainment resort that Britain has ever seen. In the battle of superlatives that is MIPIM, the international property fair that opened at London’s Olympia exhibition centre on Wednesday, there is one recurring theme: the biggest projects are all the work of Chinese developers.

It is expected that £30bn worth of trade deals will be struck during the Chinese president Xi Jinping’s UK visit this week, and much of it has been happening among sprawling city models and virtual fly-throughs of glistening new towers. A delegation of about 100 Chinese investors, developers and construction companies visited on Wednesday afternoon to meet council leaders and land agents, drifting between stands trumpeting the delights of “World Class Worcestershire” and “Northampton Alive”, and posing for selfies in front of regional investment opportunities.

But the primary focus was on London, where some of China’s largest property developers are well on the way to realising plans for buildings of an unprecedented scale of ambition and level of luxury. […] 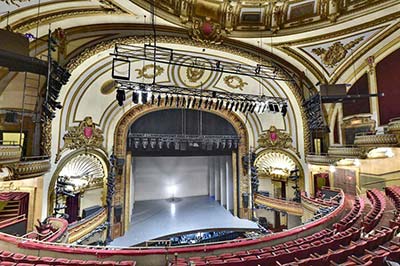 November 27, 2015October 23, 2015
0
In order to accommodate expanded facilities and new retail space, the historic 1913 Palace Theater will be raised by 29 feet