When complete, the tower will be Ateliers Jean Nouvel’s first project in Melbourne and the firm’s second project in Australia following the One Central Park apartment project in Sydney.

The 242-metre, 70-storey tower will accommodate 488 one-, two- and three-bedroom apartments and a 196-room hotel. The tower, located at 383 La Trobe Street, will be adjacent to the former Royal Mint site and the Republic Tower designed by Nonda Katsalidis in 2000.

The tower was approved despite exceeding the plot ratio limits of Melbourne’s interim planning controls. The development will have a plot ratio of 29.1:1, more than the allowable ratio of 24:. In a statement, the minister said “the building meets the requirement of delivering public benefit.”

The development will create a new laneway to the east, which will run along the rear of the tower between the heritage brick wall of the former Royal Mint and Queen Street. The laneway will act as a continuation of Guildford Lane. […] 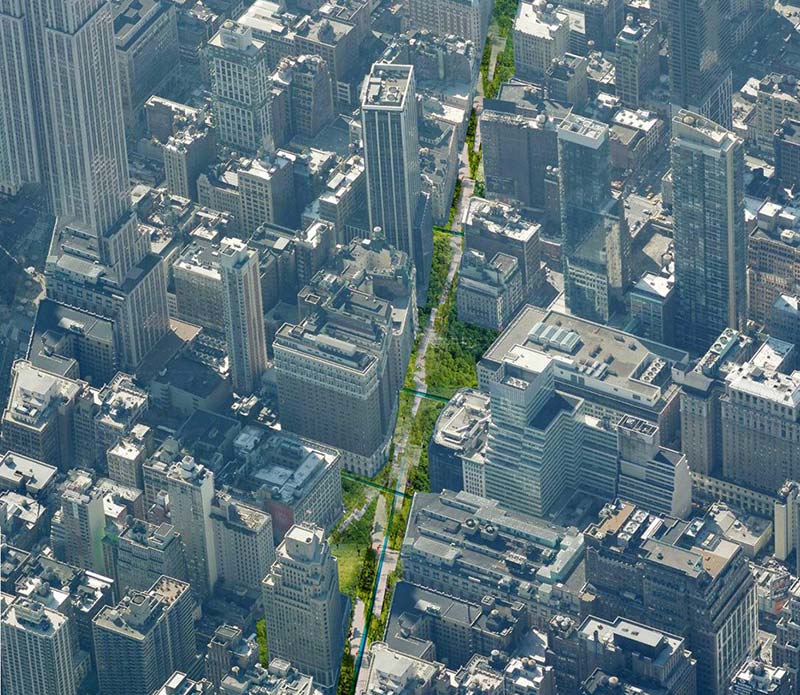 December 16, 2015November 23, 2016
0
Perkins Eastman is taking two of the best-loved urban land-use stories of the Bloomberg era—the High Line and Times Square—and combining them into one.