Kuma’s design, dubbed the “hamburger” in Japanese social media circles will replace Zaha Hadid Architects’ widely unpopular design, which resembles a bicycle helmet. Hadid’s design was criticized for being over scaled and too costly and vilified as a “monstrosity,” “a monumental mistake,” and a “disgrace.” The Japanese government dumped the design in July 2015 and announced a fresh design competition.

By contrast, Kuma’s stadium features a sunken sports ground which allows the stadium to be only 49.2 metres above the ground – 20 metres shorter than Zaha Hadid’s proposal. 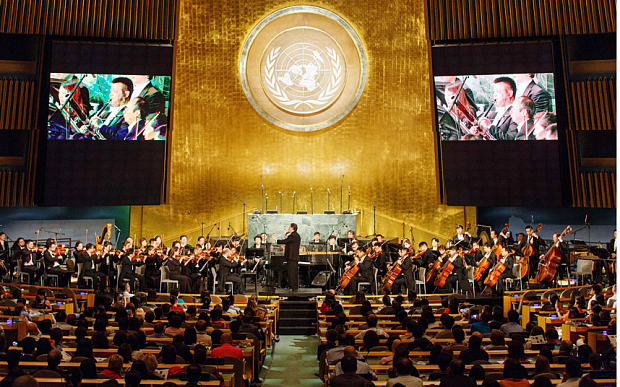 UN at 70: how money and modernist architecture came together at...

September 17, 2015December 29, 2015
0
As we celebrate the 70th anniversary of the United Nations this autumn, it is worth considering the way that money and modern architecture came together ...