You’d want to have some simple gadgets in your kitchen to make it a more enjoyable time for your guests. Read this article and you’ll have a list of some basic gadgets you must have in your kitchen to keep your party guests in the mood for a good time!

Having a Karaoke machine is definitely one of the coolest things to do when you’re throwing a party. People love Karaoke at party. Why wouldn’t they? Food, drinks and music are the essence of a party and what makes it that much more enjoyable is when people themselves are a part of the music! 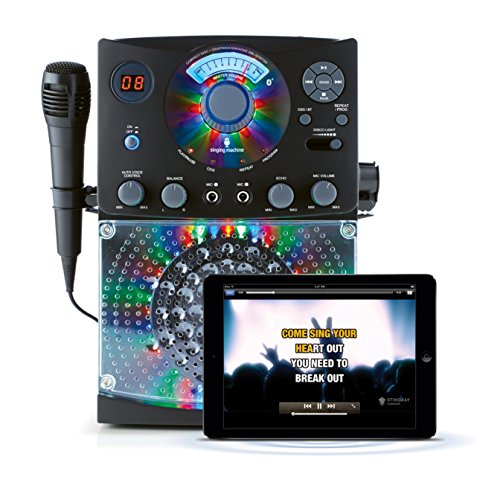 An iPod with a dock playing good music

The next item on this list may not be a necessity but it might just be one. Why? Because you’re throwing a party. So create a playlist that you know is going to work with the mood of the crowd. Keep an iPod on its dock and play it on continuous mode. Keep it some place where people can’t see it just to make it more atmospheric.

Another thing you’ll really want to have in your house and goes in conjunction with the docked iPod. A set of 5.1 Surround Sound speakers. Make sure you have a full set of speakers that create a surround sound effect in your kitchen.

Another really good idea for a kitchen party is to have a dedicated refrigerator for drinks and alcohol. That way, you know that the drinks will stay chilled and people will enjoy them without cribbing about how they’re not chilled or don’t seem fresh.

Chilled drinks are always a must at a party and you will never run out of them or never have to worry about having them at room temperature if you have a small refrigerator dedicated to drinks in your kitchen. Not only is this better for parties but also for small celebrations. 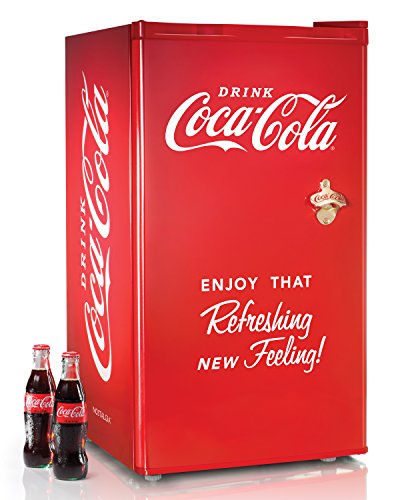 This is one gadget you would definitely want to have in your kitchen. Dehydrated food has a lot of advantages associated with it and you would certainly see them if you have a food dehydrator in your kitchen at the time of a party.

You can stock up on party ingredients and food long before the party and still have it fresh and ready to consume on the day of the party because of a food dehydrator. It is also more economical as you save up on having to buy ingredients fresh out the market. The best food dehydrator will also reduce the amount of food that is wasted.

necessity. A microwave oven is something everyone looks for in a house where they’re going to be having food and a good time. At a party, people tend to take their own time to help themselves to the food. Some are so lost in the activities going around them that they tend to forget about the food in their plate.

Such people are bound to be looking for a means to reheat their food once it’s gone cold. So a microwave oven might just be the perfect solution to that. Have it ready and accessible whenever you’re throwing a party so that people don’t ever have to worry about consuming food gone cold.

Another thing you’ll want to have is an electronic measuring spoon. This thing really helps with cooking and baking and with recipes that include specific amounts of ingredients in terms of weight. The food you’ll be offering at your party will be that much better if you’ve followed your recipes to a book.

And this kind of a gadget is basically something that helps with that. You’ll hardly get a measure wrong and all the ingredients will be in just the right amount so long as you’re following the right recipe for the dish you intend to prepare.

Having an intercom in the kitchen is always a good thing. Party guests are quite demanding when it comes to their food and when you have an intercom, you can simply communicate and confirm over the intercom what they want and deliver it accordingly.

Furthermore, people going to the kitchen looking for stuff can simply find what they’re looking for by asking over the intercom and finding out from someone who knows. A great party enhancing gadget, if you think of it. 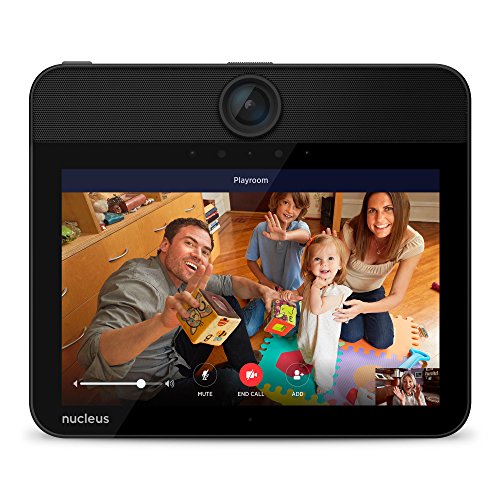 Well, you can never know when you’ll run out of juice. Having a juicer in your house along with a bunch of fruits will definitely be a great addition to your kitchen’s arsenal of party gadgets. There’s plenty of juice recipes out there to cure hangovers.

In case anyone needs one of them, all they need to do is walk up to the juicer and prepare whatever it is they need. There are also chances that someone who doesn’t drink might show up to the party. Or they could just want juice to go along as an after-meal drink. You can’t really go wrong with having a juicer in the kitchen now, can you.

There are electronic bottle openers and corkscrews out there in the market and it is about time you get them. Opening a champaign bottle can be a task that requires skills even for the most regular party goers out there.

It can all be solved by having one of these cool gizmos in your kitchen. Remember that the key to being a good party host is being out there interacting with your guests and letting them just roam around and do their own thing and help themselves to the stuff you’ve prepared for them.

Having gadgets like a bottle opener or corkscrew available can make sure people aren’t waiting for you to serve them and can help themselves to the drinks whenever they want to.

When you have guests coming over for a party at your place, they tend to create quite a mess and leave a lot of dishes. Especially if you’ve invited a lot of them. Now you wouldn’t want to wash all the dishes they leave behind on your own, would you? Even if you have a maid, it can be quite problematic for her.

There’s a simple solution to this, really. All you need to do is buy yourself a shiny new Electronic Dishwasher and have it installed in your kitchen.  This really keeps your head on about without having you worry about cleaning up a whole mess of plates, saucers, glasses, utensils and whatnot at the end of a crazy party.

A precision cooker is one of the most important gadgets to have in a kitchen, period. These are useful in cooking just about anything and they do a darn good job of it, we can assure you of that. Most fancy recipes can also be cooked much faster and much easier when you have a precision cooker to do most of the dirty work.

Food that comes out a precision cooker is a great device to ensure that your guests enjoy nice, hot, well cooked dishes and have satisfied grins on their faces after eating the food at your party. It feels nice to see that people have had a gala time with the food you arranged for as well! 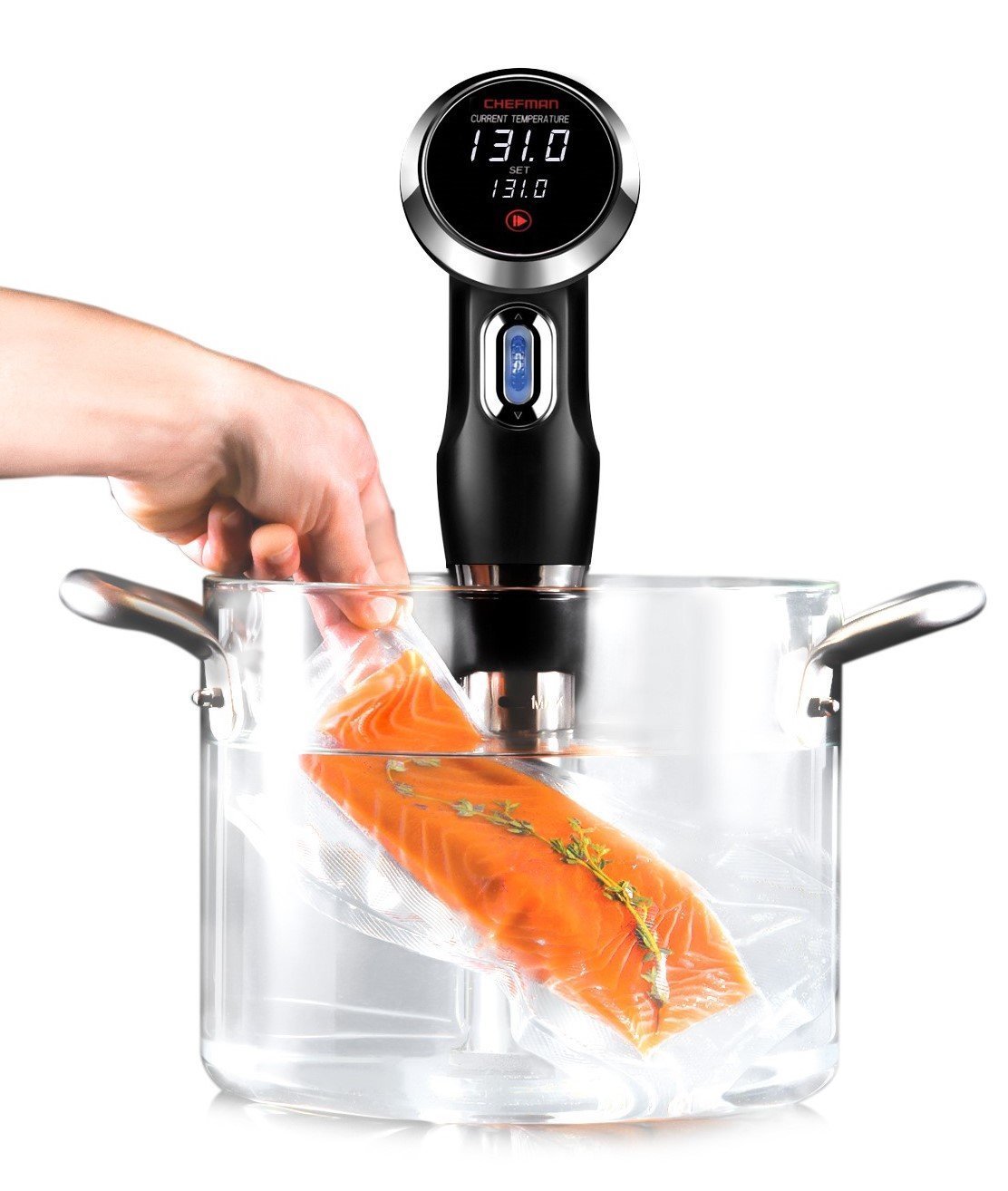 Another really useful gadget to have in your kitchen is a trash compactor. This thing is especially useful when you’re having a party where a lot of non-recyclable disposables will be used for serving food and drinks. Like paper/foam plates, plastic/foam glasses, etc. They’re also useful in case one of your guests ends up dropping a glass container and you need to dispose of it quickly.

A trash compactor is always useful to have in the kitchen nonetheless and generally reduces the effort you’ll be putting into disposing of waste. You won’t even have to take out the trash the morning after the party if you have a trash compactor.

It’s always a good time for a sandwich. Especially at a party. Have a sandwich maker or at least a good toaster or grill in your kitchen along with some bread, butter and a few veggies. People love sandwiches and you might just get a guest who walks into the kitchen, sees a sandwich maker and decides this is the coolest party they’ve been to because they got a sandwich.

When most people go to a party, they go there from a long day at work or at college/school. They’re probably drained and need a dose of energy. There are just so many people out there who absolutely LOVE coffee and you can’t exactly deny their cravings now can you? Deep down, you know that you’re always up for a cup of coffee yourself!

So do yourself and everyone a favor and buy yourself a coffee machine. Brownie points if you make it an Espresso maker. Those are especially cool! You’ll be the coolest host in town if you have one of these and are always ready to offer a cup of coffee to any guest who asks for it! 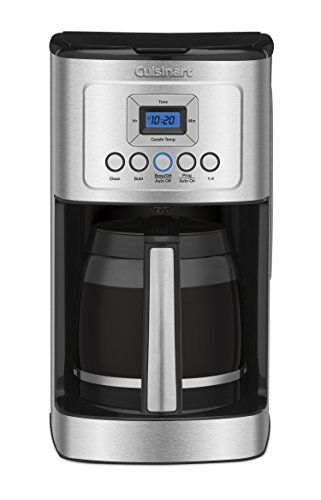 A tablet mount with a tab used just for recipes

If you’re someone who likes to cook special food yourself when you’re throwing a party, this is an especially useful gadget. Have a tablet mount and have a low-cost tablet filled with recipe related apps. Make sure its placed somewhere dry though. You don’t want liquids falling on the screen when you’re cooking.

Also make sure it’s somewhere you can access easily and view the recipes without faltering.

Another essential is a mixer-grinder. It’ll make mixing recipes and grinding veggies and spices a much easier task. All you need to do is pour in the ingredients of the recipe and run it. It’ll do the rest. At the end of the day, what makes the party is the food and drinks and you want to ensure you have all the equipment to ensure that people aren’t hungry or thirsty.

When people get thirsty and need a glass of water, it needs to be healthy and clean. Having a water purifier in the house is an absolute must and people coming to your parties will appreciate this. It also reduces the effort required to pour water from filled bottles and such into glasses because it dispenses the water itself.
Alright then, that’s all we have for you! Go out there and throw one lavish soiree for everyone to enjoy and make sure your kitchen has everything one would come to expect from a brilliant Party host! You’re going to have fun doing this and your social life will skyrocket too!

How To Fix A Leaky Faucet

17 Most Common Plumbing Problems & How to Fix Them

Which Types Of Rugs Are Easiest To Clean? [Materials+Guide]

Michael Graves’s residence, rejected by Princeton, is to be sold to Kean University

Plumbing Company Scams You Should Know & How to Avoid Them

May 3, 2019
0
Scams abound in all professions including plumbing, and a conniving plumber can rob an unsuspecting customer of several thousands of dollars. Although it's unlikely you...