The brand new leisure complex and cultural centre captures the spirit of the once mighty but now defunct shipyards, docks and the grid warehouses at La Seyne-sur-Mer, and is set alongside the new municipal park between the bay and boulevard Toussaint-Merle.

The newly completed complex is bordered to the east by a great leisure craft marina and to the west by a recently landscaped public park, at the end of which, just by the old drawbridge, stands a new three star hotel. The casino is thus at the heart of a series of large existing and future installations in the centre of a cultural and commercial hub which will breathe life into the old brick buildings, docks and the marina extension, along a privileged and autonomous beachfront.

The efforts of designers were focused on building a unified architectural arrangement which corresponds with its immediate environment. This quadrilateral schema is geometrically simple and fits naturally into the orthogonal portion of the land alongside the docklands. Viewed from the park the new complex has the air of an old ship at moored dock, an image that evokes the mixed program on offer, featuring both a casino yet also a theatre.

A large stone square welcomes the visitor to the shared entrance to the casino and theatre, located right in front of the glass watchtower.

As it faces out to sea and because of its geometry the building sets the scene for these emblematic projects such as the gaming rooms and the panoramic restaurant in the old watchtower, which juts out like a platform with a cantilevered extension at the bow of the harbor.

The structural features and differentiated facade principles emphasize the interweaving of different programs and sets the stage for emblematic areas of the building:
– The mineral concrete monolith at the theatre,
– The perforated metal cladded platform in the cantilever to the harbor for the casino,
– The three stories high entrance lobby opposite the naval park,
– Gazebos style restaurant tower overlooking the entire panorama

The theatre is incarnated in a concrete mineral monolith and holds a central position in the building connecting the various and distinct parts of the entertainment complex:

– An aluminum and glass covered plinth is housed in the entrance hall leading to the exhibition space and the administrative areas.
– A 106 meters long platform cantilevered on each end houses the casino at one side and a carpark at the other.
– Finally the restaurants are located in small niches in panoramic positions.

The only entrance to the building is from the square and it gives the great hall a central role in distribution and flow of the traffic passing through there. 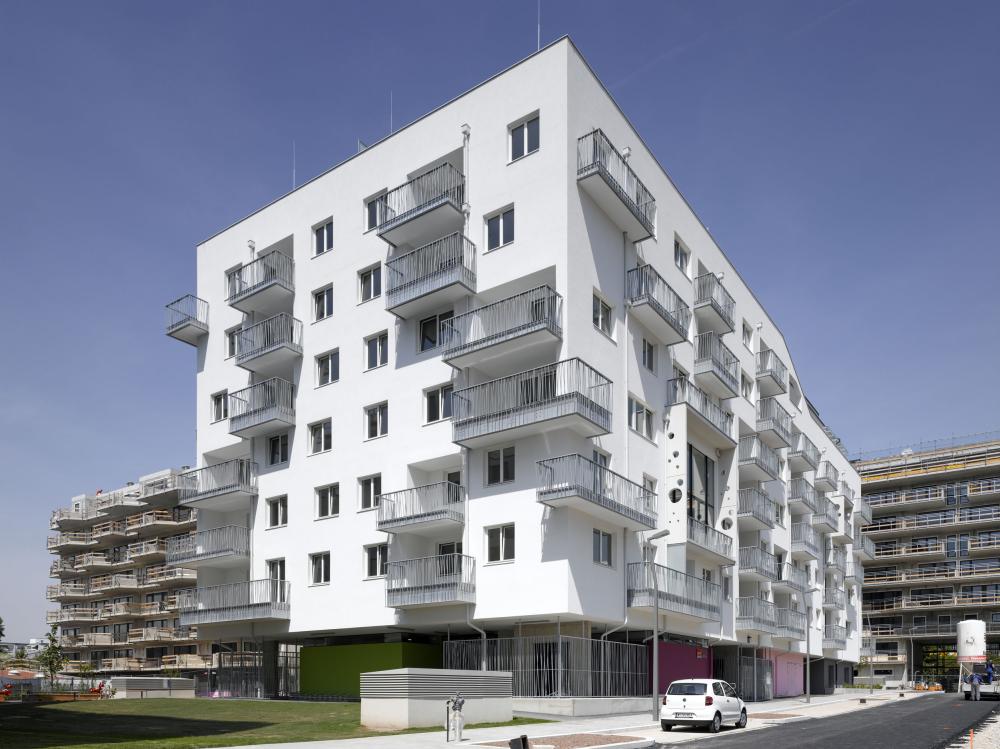 September 24, 2011
0
Housing for young people must meet three conditions: It must be affordable, should respond flexibly to changing situations and offer generous interior and exterior spaces for communication.