The overhauled Petersen Automotive Museum, which opened in Los Angeles, has become LA’s most contentious piece of urban design. It’s already drawn comparisons to Guy Fieri and Michael Bay, which might actually be a selling point for the core audience that comes to see its collection of vintage and movie prop cars. Let’s be honest: Dudes in Hawaiian shirts gawking at the Batmobile are not here for the architecture.

But I was. Like the Broad Museum, which opened earlier this year about six miles east, the Petersen is draped in a similarly polarizing facade. Sure, the Broad is high-concept where the Petersen is populist, but they actually have a lot more in common than it appears: They’re simple boxes slapped with Instagram-ready gift wrap. It’s part of a trend in recent years for LA cultural institutions to wrestle their way into the social media chatter with an architectural style let’s call Wacky Packages. It’s even happening right across the street, where the Los Angeles County Museum of Art’s plotting to ooze primordial goo over Wilshire. […] 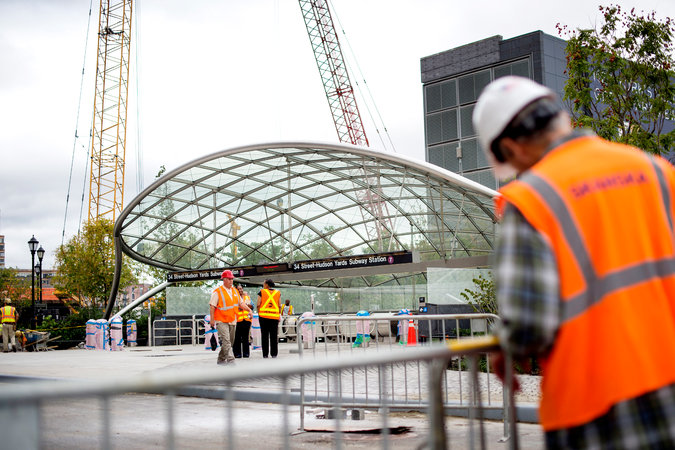 September 17, 2015
1
In his final weeks as mayor, Michael R. Bloomberg took a ceremonial ride to a new subway station on the Far West Side of Manhattan.