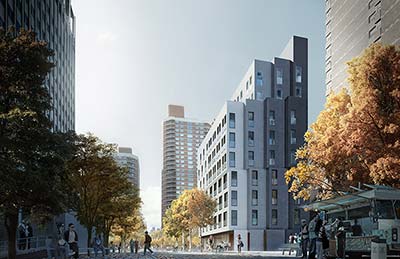 New Yorkers are used to living in shoe box apartments. Now, more of them can see what it is like to live in something even smaller. Leasing begins Monday at Carmel Place, the city’s first micro-unit development, a nine-story, modular building at 335 East 27th Street with 55 studios ranging from 260 to 360 square feet.

The development, previously called My Micro NY, has tapped into a desire common among many singles to live alone. The building includes 14 units designated as affordable, for which some 60,000 people applied, or nearly 4,300 applicants per apartment. The lottery for these units was held earlier this month, and winners will be informed in January. The building is set to open on Feb. 1.

“It shows the need that people feel for affordable, private space in the city,” said Tobias Oriwol, a project developer for Monadnock Development, of the number of applicants. Monadnock is developing the building with the Lower East Side People’s Mutual Housing Association. Most of the affordable apartments will rent for $950 a month to tenants who meet income restrictions, less than half of what will be charged for market-rate apartments.

Apartments in New York City ordinarily can be no smaller than 400 square feet, but the city waived those restrictions for this development. A zoning proposal by the Department of City Planning could open the door for smaller living quarters, if it is approved by the City Council. It calls for eliminating the 400-square-foot minimum to allow for smaller apartments and loosening some density restrictions to fit more units into buildings. But even if these changes prevail, a building consisting entirely of micro units would still be illegal. For the foreseeable future, Carmel Place will remain an outlier and something of a social experiment. […] 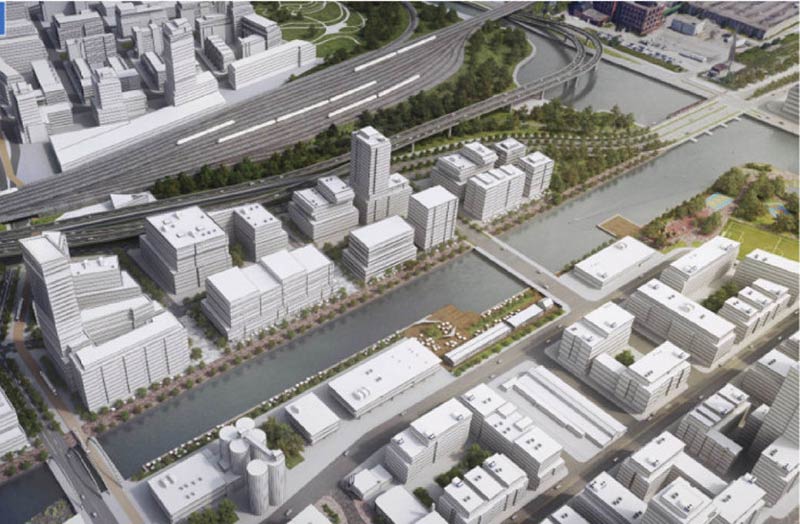 With Toronto Gardiner Expressway, everything new is old again

January 29, 2016
0
In Toronto, the TTC and GO are considered starter transit; it’s what you use until you can afford something better