As political debate rages over immigration and Syrian refugees, little is left to remind today’s visitors of a neighborhood which thrived as a home to Middle Eastern immigrants at the turn of the 20th century

Blocks from the World Trade Center, there’s an unassuming street just like so many in New York. Nestled between a Holiday Inn and a vacant lot that will soon house another skyscraper, three buildings weathered with age are dwarfed by their surroundings. These are the sole remnants of Little Syria, an early immigrant community in New York.

Todd Fine stands across the way, giving a tour and talking without pause for close to an hour. As president of the Washington Street Historical Society, a group determined to preserve the community’s history, he’s used to showing people around the area, his passion for the neighborhood apparent.

He strolls into an empty restaurant oblivious to the hostess who asks if he would like to take a seat, intently focused on relaying its history as a Syrian church.

At its height between the late 19th and early 20th century, Little Syria was home to a thriving community of immigrants from the Middle East who established the neighborhood as a cultural and mercantile haven.

With so little remaining of the once sprawling neighborhood and so few of its former residents still alive, Fine, along with a handful of others, has been fighting to preserve what’s left of Little Syria, against a backdrop of fevered political debate over immigration and the acceptance of Syrian refugees.

Little Syria, sprawling across Washington and Rector streets on the west side of lower Manhattan, was for decades the center of New York’s first Middle Eastern community. […] 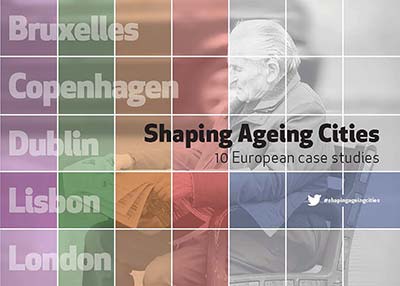 Arup reveals how Europe is responding to ageing populations

October 26, 2015
0
Arup has launched “Shaping Ageing Cities” –a new report that analyses how ten European cities are responding to ageing